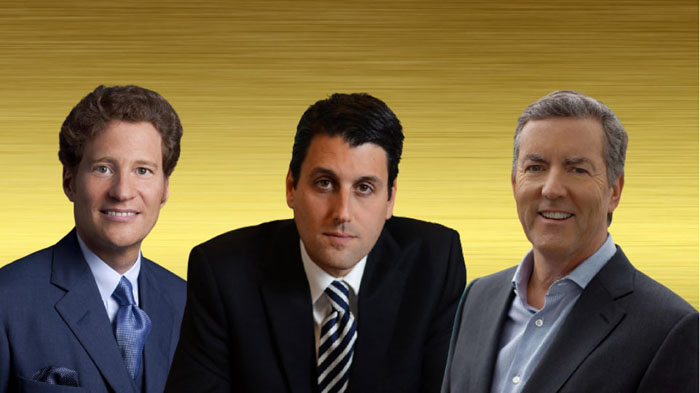 “If you could be cryogenically frozen for the next year, you’ll make a killing”
-Tom Kaplan

Gold and silver are correcting from their recent highs. If you’re new to the party, you’re probably worried.

Financings that were hot and oversubscribed just 2 weeks ago are now underwater. Liquidity will become a concern.

As long-time alligator investors are starting to lick their chops, we are also well aware this is not the first washout rodeo – nor will it be the last.

And today you’ll hear from two very successful mining entrepreneurs who have seen many cycles and plenty of volatility throughout their careers. I consider them mining royalty – and but foremost personal friends.

They made their fortunes by putting money to work in bad markets where no one else dared to invest.

When you think of tech companies, there are a few names that always come to mind. Steve Jobs … Bezos… Gates… Zuckerberg…

If you are a novice investor to the resource space, there are two names that you absolutely need to know.

Dr. Tom Kaplan is the Chairman and CEO of The Electrum Group – a privately held resource investment management company. And also the Chairman of NovaGold which has a Joint Venture with Barrick Gold.

Despite being a detractor of gold, Warren Buffett recently made major headlines when he bought a stake in Barrick Gold.

And Barrick owns 50% of a massive gold project in Alaska.

The project’s other owner is NovaGold.

In the late 1990’s, Buffett purchased 130 million ounces of silver.

News broke of his investment foray into the precious metal just before Kaplan took his silver company public. This brought a lot of demand for the stock.

Kaplan is looking for his next big score

And Buffett may just have inadvertently kickstarted the process – and mainstream gold/silver acceptance – into high gear.

According to Kaplan, “Lightning has now struck twice, now I owe him two!”

Ross Beaty is the Chairman of Pan American Silver (a company he started in 1994) which is the world’s second largest primary silver producer. He’s also the chairman of Equinox Gold.

When these two mining financiers make a purchase or start a company – you want to pay attention.

They have a long track record of buying near market cycle bottoms and creating billions of dollars in wealth for all shareholders that take the ride. Today we’re publishing an interview with Mining Royalty.

This is an interview that you don’t want to miss, with insights you would never hear elsewhere.