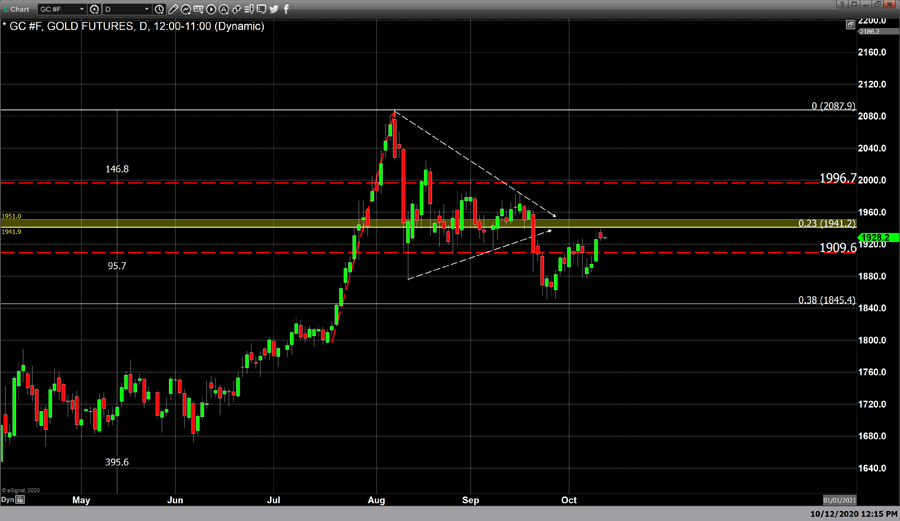 This differential between spot and futures pricing might have to do with the fact that it seems highly unlikely that the government will be able to come to an agreement on a fiscal stimulus bill prior to the election. There is a defined stalemate between President Trump, House Speaker Nancy Pelosi and the Senate Majority Leader Mitch McConnell.

Last week President Trump through a series of tweets briefly spoke about his hopes for and aid package prior to the election and urged Congress to approve more money for the unemployed and companies most hurt by the coronavirus pandemic.

However, his remarks were not taken to heart by either the House or the Senate.

Both Senate Majority Leader Mitch McConnell, and House Speaker Nancy Pelosi have both declined to support the president in regards to agreeing on a fiscal stimulus package.

According to MarketWatch, “Pelosi appears to be betting on Democrats winning the presidency and is unlikely to budge unless the Trump White House agrees to most of her party’s demands. McConnell has said the two parties remain too far apart to strike a deal with the election so close. Republicans in the Senate prefer a smaller bill that’s more narrowly tailored.”

There is also much uncertainty regarding the upcoming presidential election. Currently many polls indicate that former Vice President Joe Biden is in the lead.

On a technical basis the fact that both spot gold and gold futures closed above $1920 is significant. This price point was the former all-time record high that occurred in the middle of 2011. Therefore, it becomes a logical area to become a level of support. The next level of support below that is $1900, and major support currently resides at $1860.

Resistance in gold futures is currently at $1941 per ounce, this corresponds to the 23% Fibonacci retracement level. Above that price point is ultimate resistance at $2000 per ounce.

There is much uncertainty in regards to the outcome of the presidential election. Also the current pandemic which continues to see certain countries and parts of the United States spiking looking very much like a second wave of infections. These two factors will certainly continue to be supportive of the safe haven asset class, i.e.  gold