With the presidential election set to be held one week from today, market participants have realigned their focus to the pandemic which has reached record weekly infections in the U.S. approximately 71,000 new infections per day over the past week. This is the highest infection rate in almost any seven days since the COVID-19 epidemic reached the shores of the United States.

Add to that the recent news an announcement by the pharmaceutical companies currently in trials for their vaccine are predicting the earliest possible date in which trials will have concluded is the end of November, with more conservative estimates putting a viable vaccine which has proved efficacy to be produced in full scale around mid-March of 2021.

According to the New York Times, Doctor Albert Bourla chief executive at Pfizer said, the possibility of early coronavirus vaccine results by October, “would now be nearly impossible.” He went on to say, “Let’s be very patient — I know how much the stress levels are growing. I know how much the vaccine is needed for the world.” The Times reported that he also pushed back against any suggestion that their timeline is politically motivated saying, “This is not a Republican vaccine or a Democrat vaccine.”

Although Pfizer has already produced at least 4 million doses those are expected to be released at the earliest by the end of this year, with an additional 100 million doses by next March.

On Sunday CNN News interviewed the White House Chief of Staff Mark Meadows in which he said that "We are not going to control the pandemic. We are going to control the fact that we get vaccines, therapeutics, and other mitigation areas." This statement obviously has raised concerns as the timeline for a viable vaccine has been pushed to the third week of November, and will not be widely available until March 2021.

Although market participants have focused upon the pandemic in lieu of the presidential election for the short-term gold futures had a modest gain today. As of 5:11 PM, EST December futures are currently up to $4.30 and fixed at $1910. Spot gold gained $6.65 and is currently fixed at $1907.80. Unquestionably both gold and silver pricing has been consolidating with a bullish bias. Traders are still eyeing the presidential election and how the outcome will affect fiscal stimulus spending in the upcoming months. 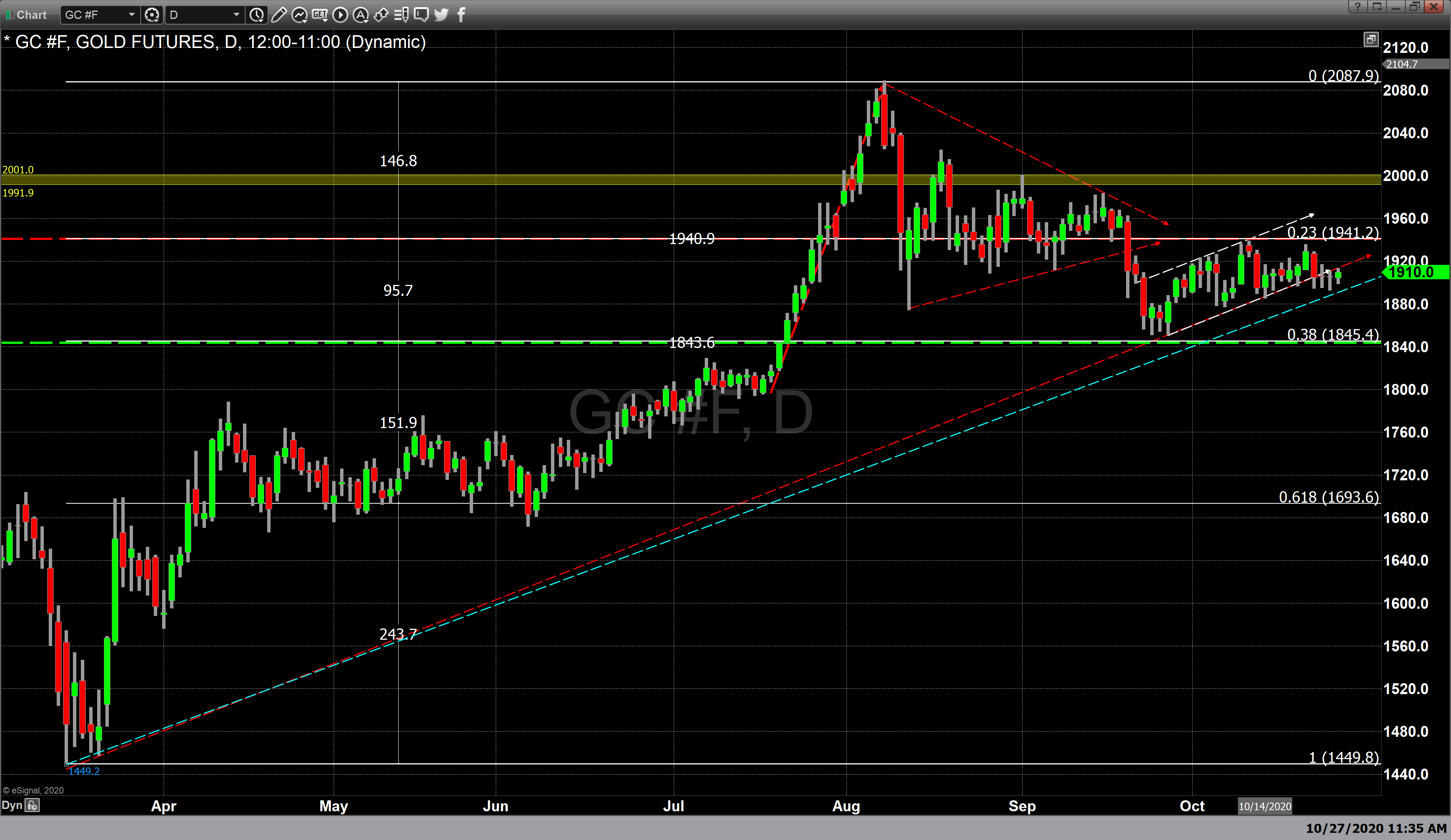 Currently, the belief is if the next administration is democratic the United States may ratchet up and increase its fiscal expenditures thereby increasing the budget deficit. However, there are those that believe that regardless of the outcome of the election there will be tremendous fiscal expenditures to aid those Americans who have lost employment and businesses that are threatened to go under if business restrictions continue to be necessary.