As United States citizens react to the devastating rise of new COVID -19 infections the reaction has taken the U.S. financial markets dramatically lower this week. This deep decline also affected the precious metals complex with all four precious metals traded on the futures markets declining in double digits today. 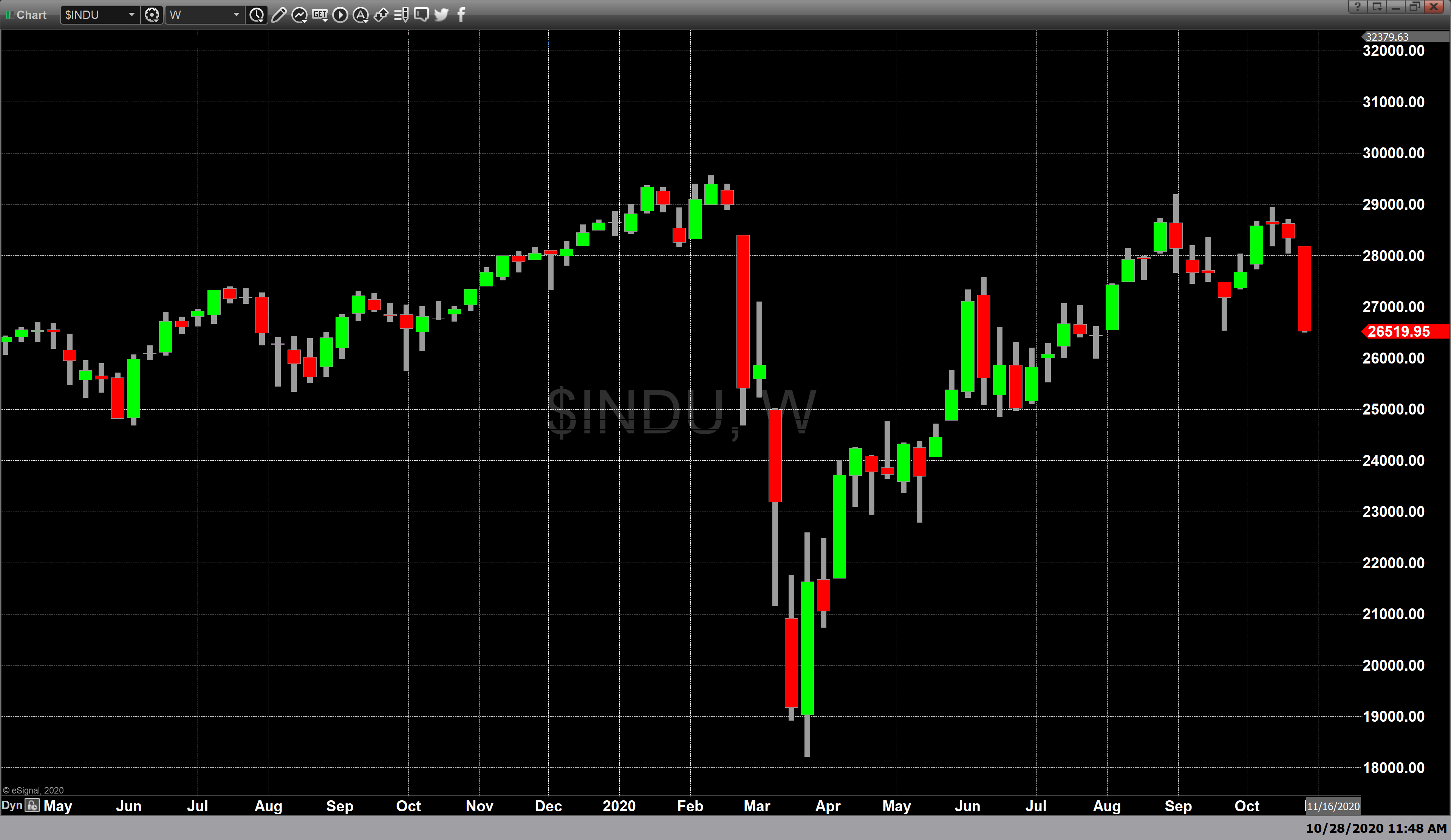 On Tuesday, the Dow opened at 27,645 and closed at 27,458 sustaining a modest drawdown when compared to Monday’s and today’s meltdown. Today the Dow sustained a decline of 3.43% which is 943 points and to close at 26,519.95. The total point decline over the last three days is 1662. When we divide the total combined losses over the last three days into Monday’s opening price, we see that the Dow has lost 5.9%, with two trading days remaining this week. 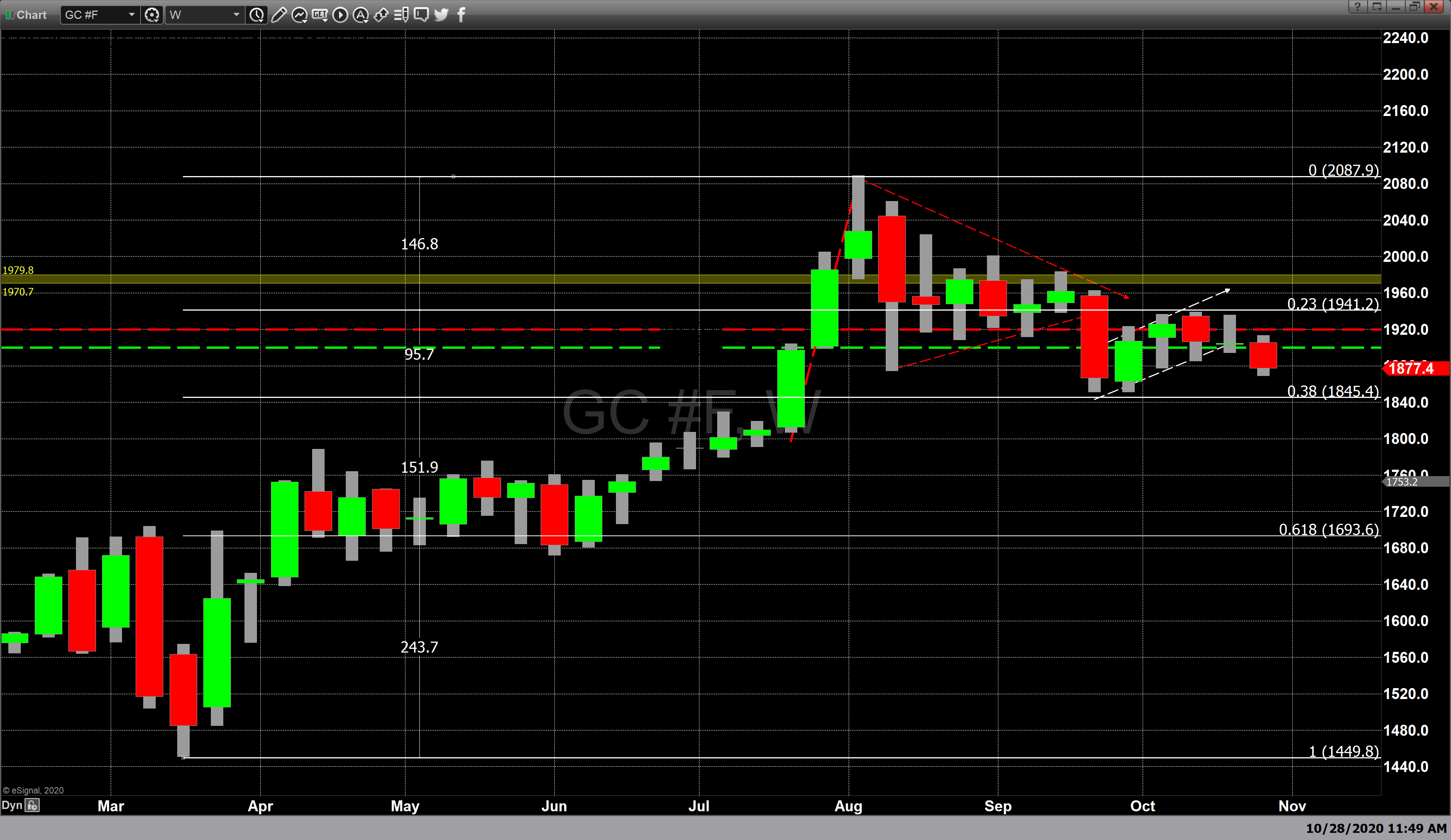 Although the presidential election is less than a week away market participants continue to be alarmed and concerned as the number of new coronavirus cases has taken the pandemic to a new apex. 12 states in the U.S. set records for the number of individuals hospitalized from the virus. Concurrently, France and Germany have announced plans to shut down large sections of public life for the next month as new infections continue to surge.

Many medical experts are calling the hotspots in the United States, Europe, and other countries worldwide the beginning of a 3rd wave. Whatever you want to term the recent massive increases of new infections the numbers are shocking. This combined with the failure of the Congress, the Senate, and the current administration to reach an agreement on a fiscal stimulus bill before the election certainly magnified today’s financial meltdown. 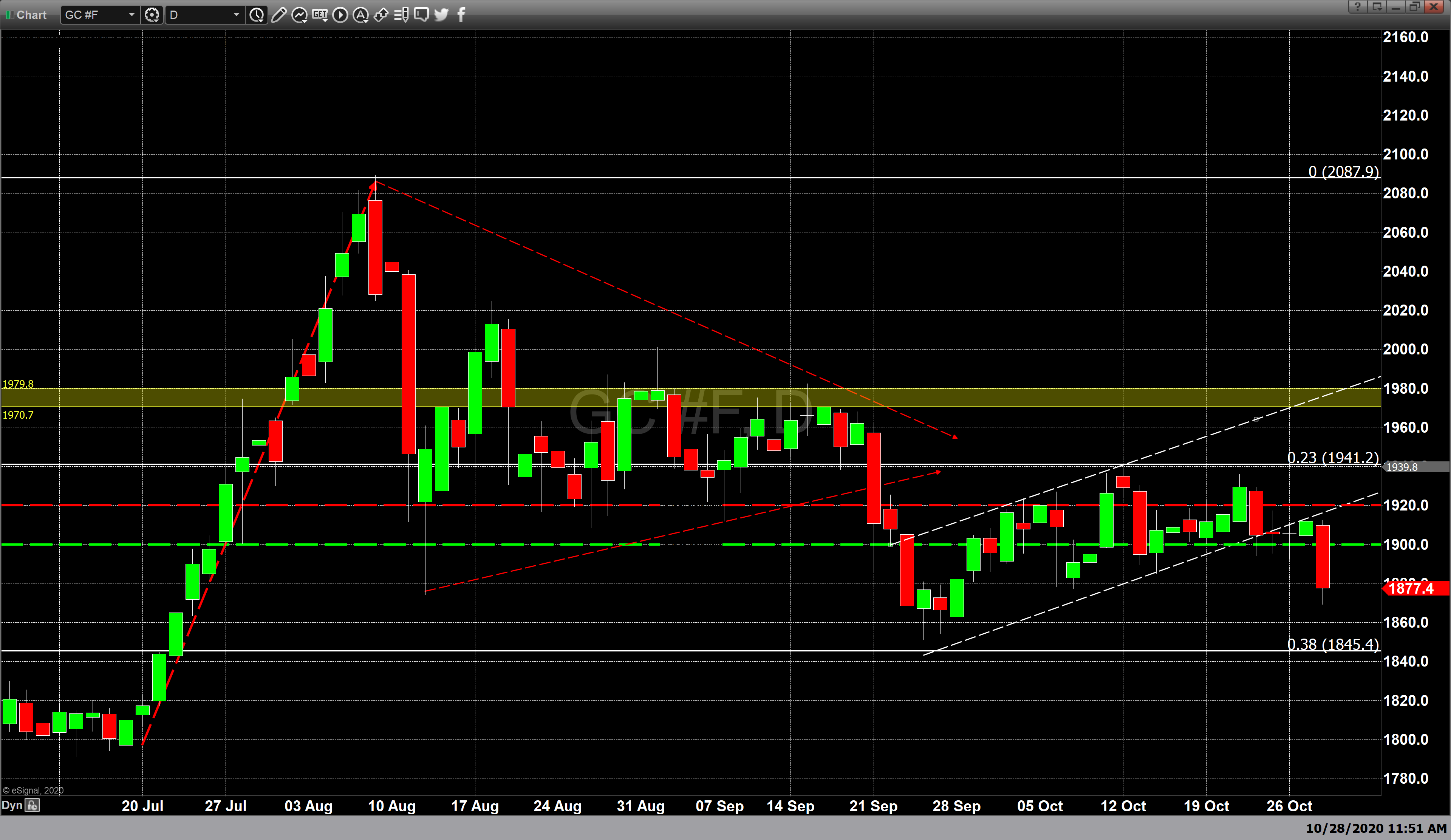 White House Chief of Staff, Mark Metals spoke to CNN news on Sunday saying that "We are not going to control the pandemic. We are going to control the fact that we get vaccines, therapeutics, and other mitigation areas." This statement was alarming and had the polar opposite effect of calming the American people. It clearly shows that the current administration has no national strategy to effectively contain an event of this magnitude.