The rise in GDP failed to boost the S&P

U.S equities have had their worst week since March. All three major indexes closed substantially lower on the week, in which the Dow Jones industrial average lost 1690 points. The selloff was largely attributed to the overwhelming concern about the rise in new coronavirus infections, taking the pandemic into a second or third wave. Selling pressure in U.S. equities occurred concurrently with positive economic data. 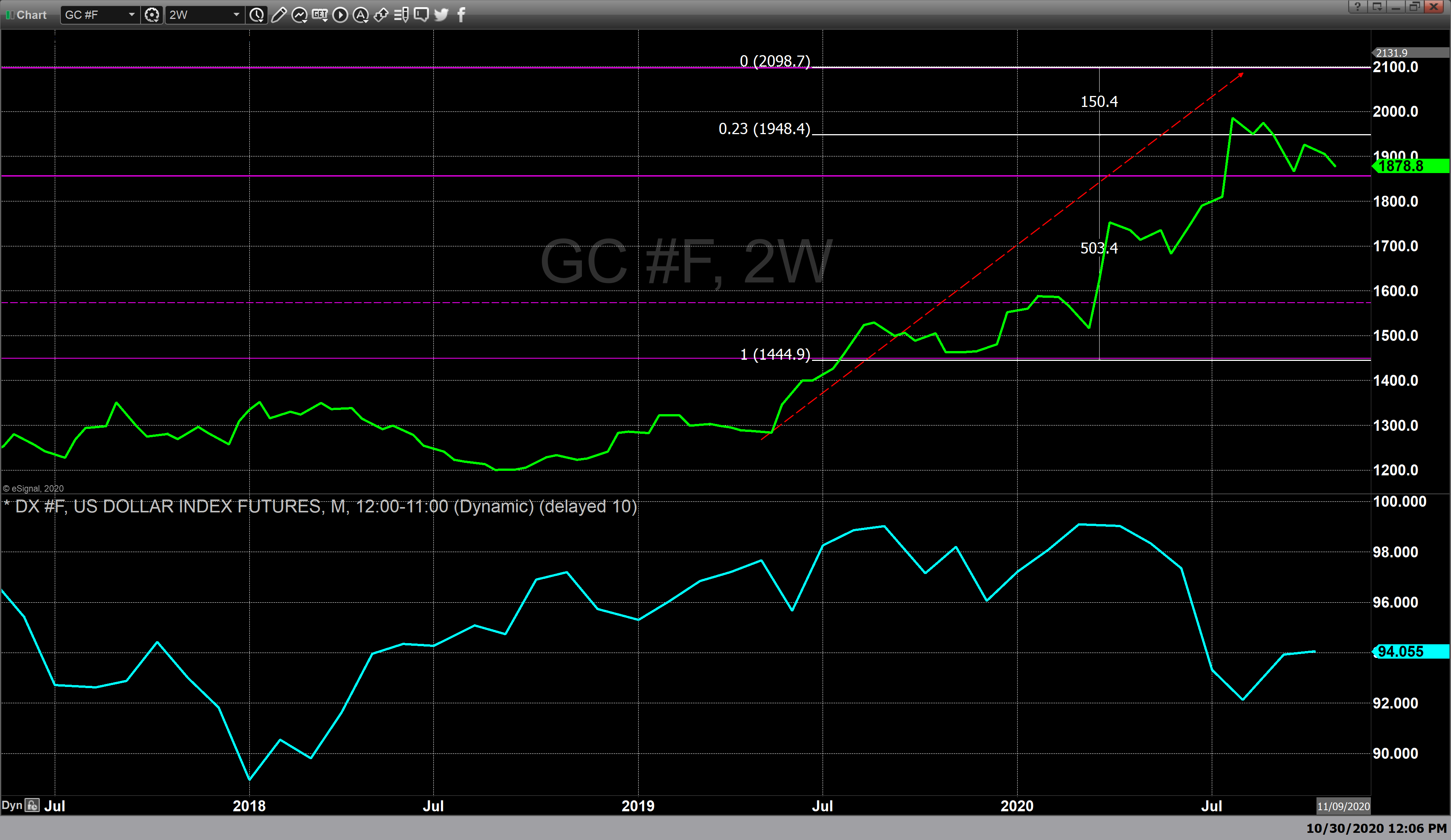 This month it was reported that consumer spending increased. Consumer sentiment moved up to 81.8 for October, this from an initial 81.2. A report released by the Federal Reserve Bank of St. Louis Economic Research determined that the GDP grew by 7.4% in the third quarter of 2020 but remains lower than it was last year. The research indicated that the “Growth last quarter was the highest ever recorded — although not enough to make up for an equally historic 9% decline in GDP during the previous quarter.”

However, it is quite obvious that the genuine nervousness and concern regarding the pandemic moving to record levels overwhelmingly negated any positive impact of the Bureau of Economic analysis GDP report.

Even the safe-haven asset gold has sustained price drawdowns now for the third consecutive week. The lack of action and compromise by the House, Senate, and current administration greatly affected market sentiment as the highly anticipated legislation came to a standstill and negotiations collapsed.

However, the primary pressure moving gold prices lower over the recent past has been dollar strength. As traders liquidated equity positions those sales were settled in U.S. dollars, and the U.S. dollar acted more like a safe-haven asset than a fiat currency. On October 21 the dollar index hit a low of 92.46, since then it has gained approximately 1.6% and is currently fixed at 94.055.

On a technical basis the recent lows that occurred at the end of September when gold futures traded to $1844 have become major support. This coincides with the 38% Fibonacci retracement level at $1842.

Based upon the upcoming events, as well as the current pandemic this market is still 100% headline-driven with increased volatility and uncertainty. With the presidential election now four days away questions that many voters are focusing upon can finally be answered.

This week’s presidential strategies will be available by 8:00PM EST through this link.