As of 3:20 PM EST gold futures basis, the most active February 2021 Comex contract, is fixed at $1883.40 after factoring in $3.00 (0.16%) of gains. While on the surface this could be interpreted as traders bidding the precious metal higher, in the case of today’s action it was 100% due to a weak U.S. dollar. The U.S. dollar traded under pressure today down 4/10 of a percent and after factoring in today’s decline of 37 points is currently fixed at 89.905. Simple math tells us that the 0.40% decline in the dollar is a little over twice the gain of 0.16% of gold futures today. 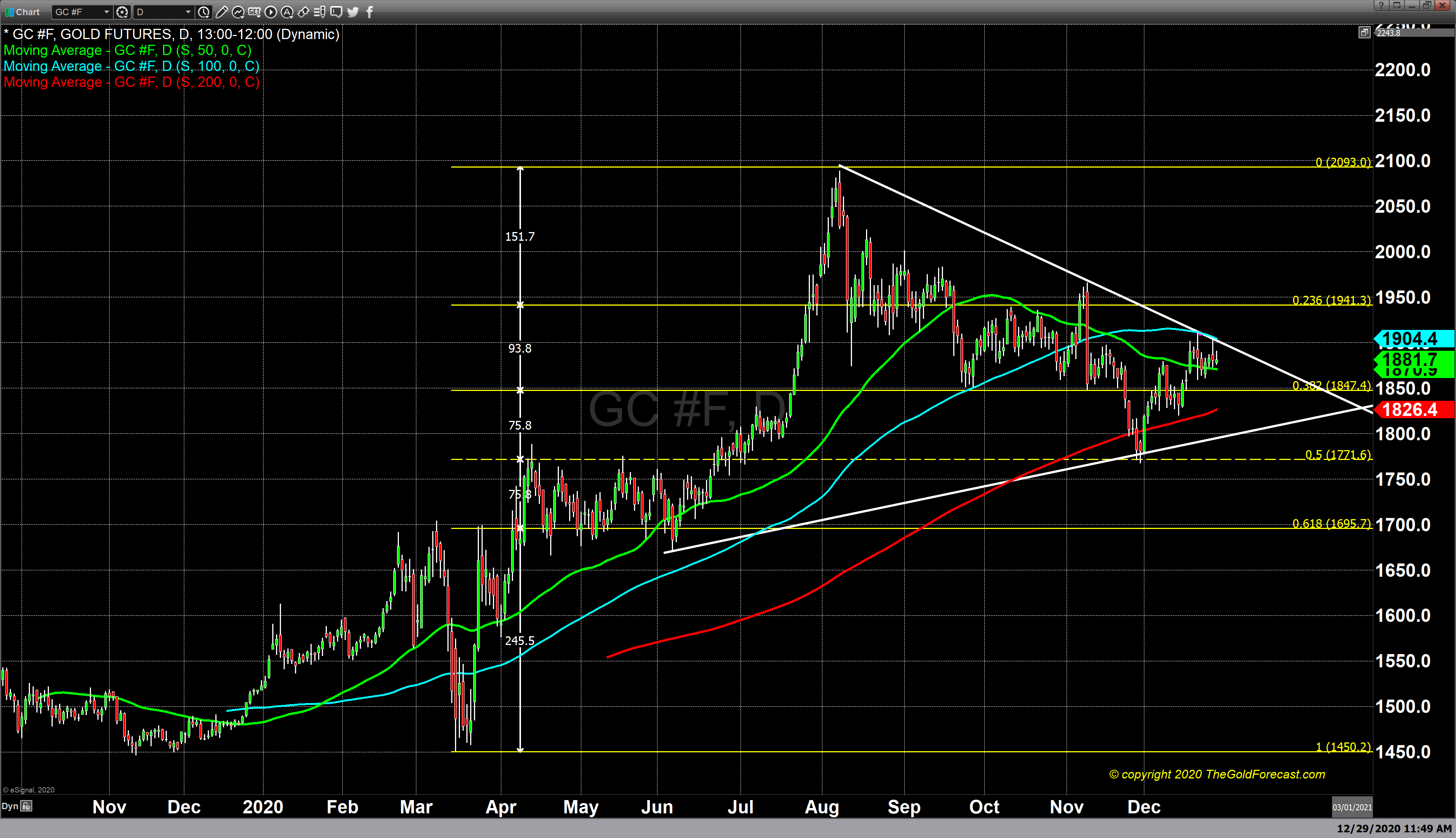 The same result in spot gold can be seen when viewing the KGX (Kitco Gold Index) which shows that as of 3:41 PM EST spot gold was fixed at $1878.40, which is a net gain of $5.50 or +0.29%. On closer inspection, we can see that traders contributed fractional selling pressure of about $1.20 per ounce. It was dollar weakness that contributed $6.70, and resulted in today’s net gain of $5.50.

Much of today’s net changes in the financial markets were tied to confusion as Senator Majority Leader Mitch McConnell blocked Senator Chuck Schumer’s effort to increase the direct payments from the new round of fiscal stimulus from $600 to $2000. Yesterday, the House passed a related bill to address the amount of stimulus that would be allocated through direct payments as part of the fiscal stimulus package signed by President Trump on Sunday. 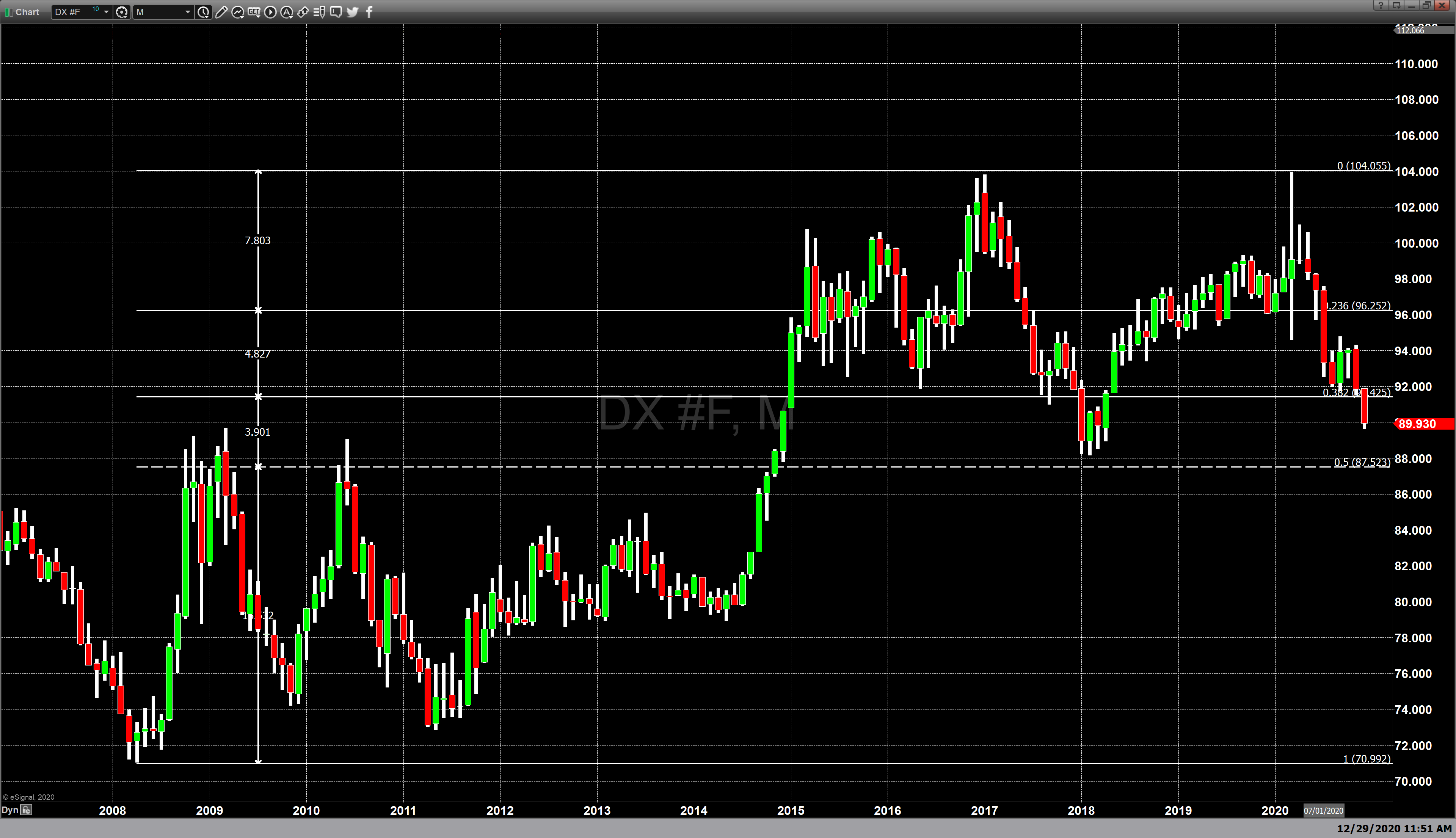 Another major factor that has put pressure on gold prices recently has been a strong risk-on market sentiment in which market participants favored U.S. equities for potential returns in lieu of a flight to the safe-haven allure of gold. There is then the question of Bitcoin’s historical climb to all-time record pricing capturing some of the capital that would have flowed into gold. Bitcoin futures (BTC F21) that trade on the Chicago Mercantile Exchange gained $280 today and is currently fixed at $27,370 per coin. This is the highest price futures ever recorded for a single coin. Over the weekend Bitcoin’s price gained over $3000 causing a gap from the close on Friday and Monday morning’s open.