Gold is still a bargain

In investing, as in life, perspective is everything.

And yet, from several viewpoints, gold still looks cheap at current prices.  Debt, easy money, and geopolitical risks are ever present.  And these have all been tough on the U.S. dollar.  Ongoing weakness in the greenback looks set to continue, providing a huge tailwind for gold prices.

I think 2021 will see these trends continue.  As a result, I expect gold will not only regain its all-time high set in August, but establish a markedly higher new record level this year.

Economic Activity Is Weak, For Now

Some charts are important for investors to know and understand.  But few, if any, surpass a comparison of real interest rates with the price of gold.  One thing is certain, gold investors need to keep a close watch on it.

The visibly high negative correlation between these two assets is undeniable. 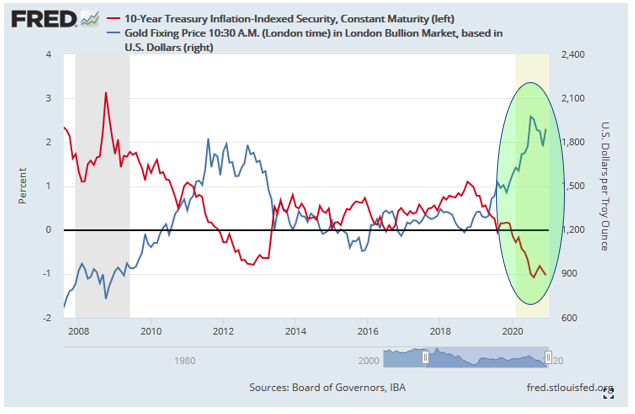 As a result, investors need to ask themselves what direction they think real rates will follow from here.  I’d simply like to point out that, since late 2019 when real rates crossed into negative territory then headed sharply lower, kicked off a big rally in gold.

If someone argues that gold doesn’t pay a dividend, you can tell them neither do many “safe” bonds, which now lose money instead. 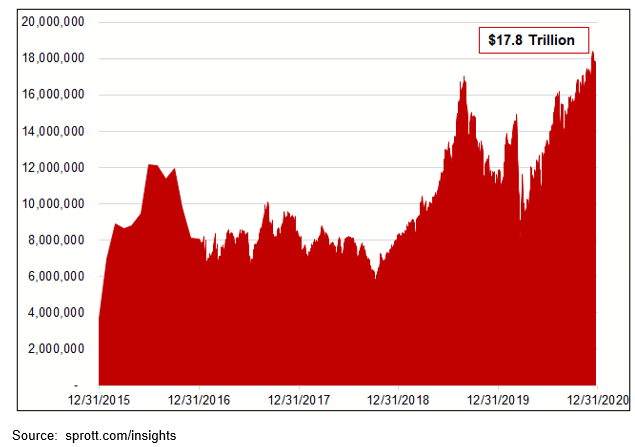 Global negative yielding debt is close to an all-time record of its own, nearing $18 trillion as we begin 2021.  How long are pension funds and other institutional investors likely to keep pushing such bonds higher when they guarantee the holder a negative return, even before accounting for inflation?

If ever there was a clear bubble, this could well be it.

And finally, a look at M2 Money Supply versus the Velocity of that money is also very revealing. 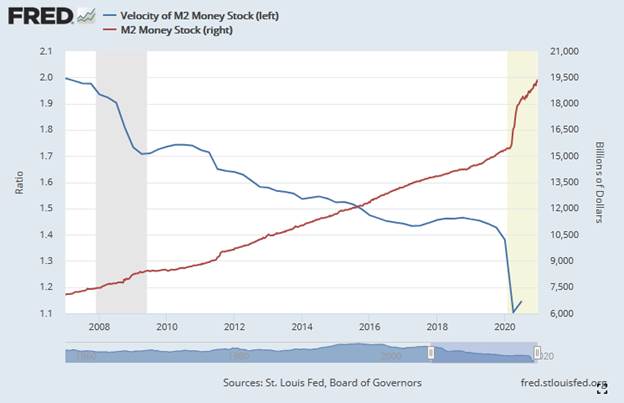 It took a huge expansion in M2 just to get velocity to tick higher.  By all accounts, the Fed needs the velocity to pick up, and has limited means to achieve that.  But with Modern Monetary Theory (MMT) rapidly gaining acceptance, weak velocity could reverse in a marked way as the government itself fires up spending.

With all this in mind, it’s not a shocker to see gold performing well, and likely to continue doing so.

Gold’s Heading in The Right Direction

After multiple years of consolidation, gold surpassed its 2011 nominal high, and is closing in on its all-time high established in August.

Now gold appears to be breaking out from its downward trend channel which started back in August. 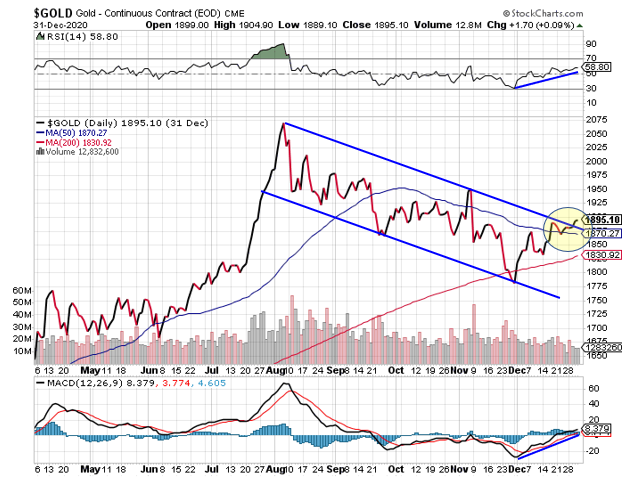 We can see not only that the RSI and Momentum indicators confirm a bottom in late November, but also that the gold price has been mostly above its 50-day moving average since mid-December.

And looking at the gold stocks to gold ratio, some progress is appearing there as well. 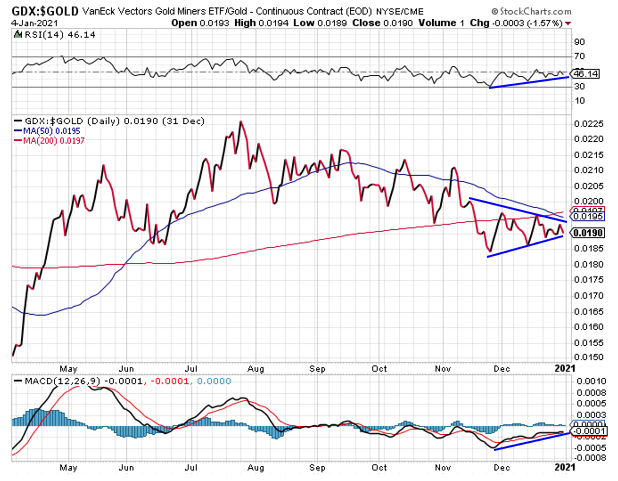 The ratio has been establishing higher low and lower highs, with support from the momentum indicators since late November.  I expect a breakout soon to the upside, which will likely confirm both higher gold stocks and probably also higher gold prices.

Additionally, we have the Gold Miners Bullish Percent Index which also turned higher in mid-December, suggesting a new upleg for gold stocks since reversing from a low of 35. 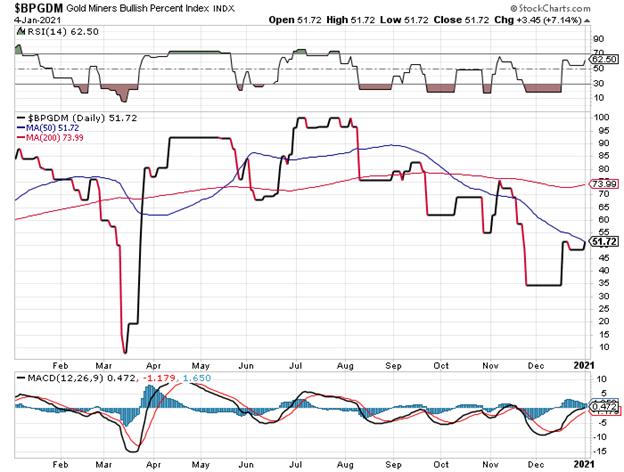 Americans are unemployed at the highest rate since the Great Depression. The Fed is hell bent on destroying the dollar (it has no other choice).  And with interest rates at zero, investors are effectively being forced to take on risk or lose purchasing power.

This confluence of factors continues to shine brightly on hard assets in general, and gold and gold stocks in particular.  Gold’s bull market has plenty of upside ahead.  A few month’s correction like we’ve just experienced should not dissuade you.  Instead, that needs to be used to reassess and buy the dip, if need be.

For more of this kind of analysis, my free Silver Report, or to subscribe:  https://silverstockinvestor.com/