Market participants genuinely focused upon the U.S. House of Representative's vote to impeach President Trump in the week prior to the end of his term. In fact, every major financial broke coverage of their traditional commentary on the financial markets to broadcast the vote on live TV.

The logic of this proceeding has no basis in reality because the outgoing president would be escorted out of the White House if he chose not to leave on January 20. More importantly, if their endgame is to further incite the militant supporters of President Trump and create more havoc than they may be successful.

As reported by Reuters today, “- The U.S. government posted a December budget deficit of $144 billion - a record for the month - due to far higher outlays with coronavirus relief spending and unemployment benefits, while revenues ticked slightly higher, the Treasury Department said on Wednesday. 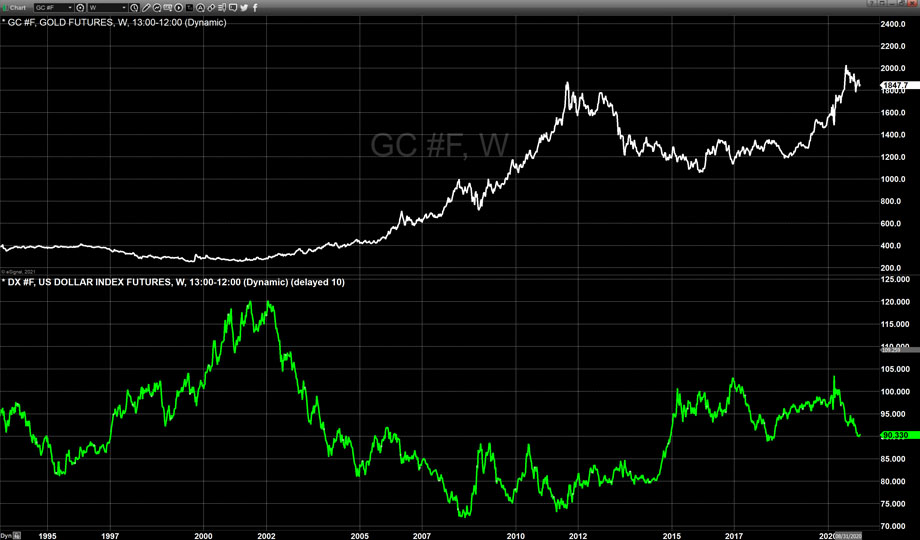 The Treasury said the December deficit compares with a $13 billion deficit in December 2019, before the COVID-19 pandemic started in the United States. The cumulative U.S. deficit for the first three months of fiscal 2021, which started Oct. 1, reached $573 billion, up from $357 billion in the pre-pandemic year-earlier period. Receipts for the first three months of the fiscal year were largely flat at $803 billion, while outlays were up 18% at $1.376 trillion.”

As the pandemic continues to grow at an alarming rate the economic fallout that will follow will only be magnified and lengthened without strict oversight and precise use of the money allocated for the next round of fiscal stimulus. Precision is essential in allocating money word is needed most and will accomplish the greatest good.

Today market participants witnessed a mixed bag in the precious metals markets with gold futures trading fractionally higher and silver closing lower. As of 4:20 PM EST gold futures basis, the most active February 2021 Comex contract is up $0.50 (+0.03%) and fixed at $1844.70. The March contract of silver futures is currently fixed at $25.285, after factoring in today’s decline of $0.15 (-0.59%).

Many analysts have cited dollar strength as a primary factor pressuring both gold and silver pricing today. Dollar strength resulted from a rise in U.S. Treasury yields. The logic from one analyst, Karl Schamotta, chief market strategist at Cambridge Global Payments in Toronto said that “The greenback has also found support from expectations of a continued economic recovery in the United States, even as countries in Europe resort to lockdowns to fend off a second COVID-19 wave. You are seeing a continuance of the U.S. outperformance trade.”

However, this analysis completely disregards the net effect of the debt incurred when the treasury prints money. More appropriately is to highly focus on safeguards to ensure that the fiscal stimulus allocated is used responsibly.Because it is the growing budget deficit and a national debt that could ultimately continue to pressure the dollar lower, which would be highly beneficial for gold pricing.