Gold struggles to break out of price congestion and selling pressure

A mixed bag in the precious metal’s markets with gold trading lower and silver, platinum, and palladium all settling with positive gains on the day. Gold basis the most active February 2021 Comex contract is currently trading off by $6.70 (-0.36%) and fixed at $1,840.20. The June 2021 contract gave up $6.80 (-0.37%), and is currently fixed at $1,852. This puts the spread between the current most active contract month, and the next month to become most active at roughly $12. The precious yellow metal’s performance today is in contrast to the other three precious metals traded on the futures exchange.

Most noteworthy is today’s gains in platinum futures as it traded to a high that has not been seen since August 15, 2016. Currently, the most active April 2021 platinum contract is up to $16.30 (+1.47) and fixed at $1,127. Over the last couple of years, it is been platinum which has been underperforming when compared to gold, silver, and palladium. In March 2020 platinum prices traded to a low of $560, we have seen almost a doubling in price in less than one year. The lows platinum reached in March of last year are approximately 17 years after the last occurrence of platinum trading this low.

Although well off of the highs of $2,800 per ounce which palladium achieved during the week of February 17, 2020, remain the all-time record high. However, it must be noted that after reaching that price point palladium prices would lose roughly half of their value trading to a low of $1,347 in the middle of March last year. From March 2020 palladium has had a slow and methodical price decline and is currently fixed at $2,413, after factoring in today’s gain of $15.90. 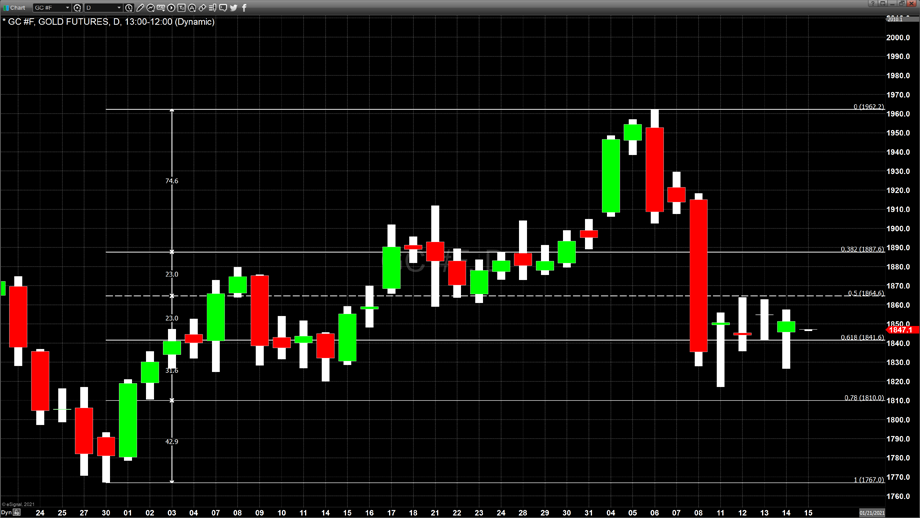 While many analysts have cited rising yields in U.S. treasuries and dollar strength as primary forces taking the precious metals lower, I do not believe that explanation takes into account the multiple fundamental events that have been affecting precious metals pricing. While it is understandable that strong risk-on market sentiment and an extremely parabolic rise in Bitcoin have probably placed the greatest selling pressure recently exhibited in gold and silver pricing.

While I accept the explanation that market sentiment is favoring risk-on assets and the cryptocurrency Bitcoin. Rising yields in U.S. treasuries bringing down the price of gold is in many ways an oxymoron. Defined as a self-contradiction to illustrate a rhetorical point or to reveal a paradox. The U.S. Treasury will be creating a larger budget deficit to the tune of approximately $6 trillion if Biden’s proposal is enacted next month.

The belief is that the fiscal stimulus will reignite the economy which will, in turn, cause the Fed to slow inflation by slowly raising interest rates assumes that the growth in GDP will be large enough to overcome the trillions of dollars allocated to fight the global pandemic here the United States.

To me, it’s like accumulating a large debt on a cashback credit card with the belief that the money received from the cashback will more than compensate for the expenditures and increased debt accumulated on the credit card. Simply put it’s hard to accept that more fiscal stimulus (which is absolutely needed) will yield GDP growth that overcomes the debt created.