A combination of factors drove both gold and silver pricing dramatically lower, with gold sustaining the strongest drawdown in the precious metals complex, losing well over 2%. Currently, the most active April 2021 Comex contract is down 2.24%, a price decline of $41.10, and fixed at $1794. 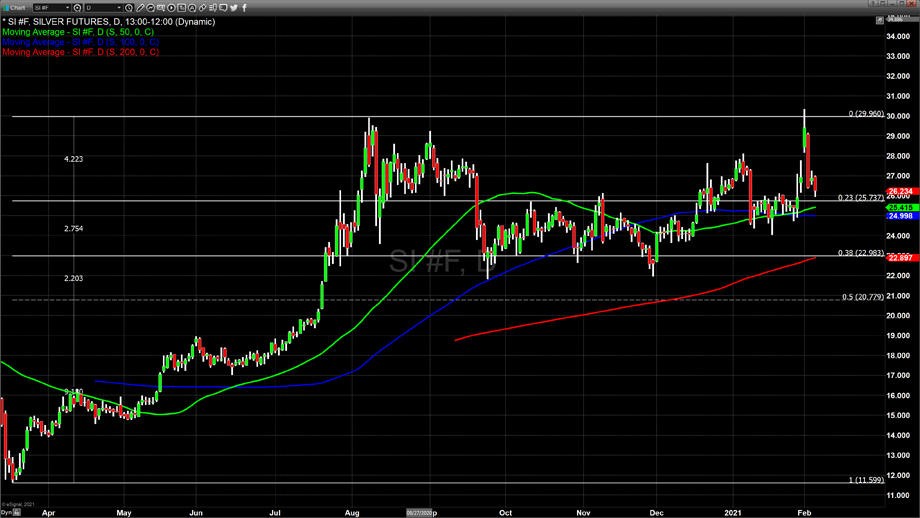 Silver bases the most active March 2021 Comex contract is currently fixed at $26.425, after factoring in today’s decline of $0.464 (-1.73), giving up almost all of the gains seen yesterday when silver tried to recover from Tuesday’s 10% drop. 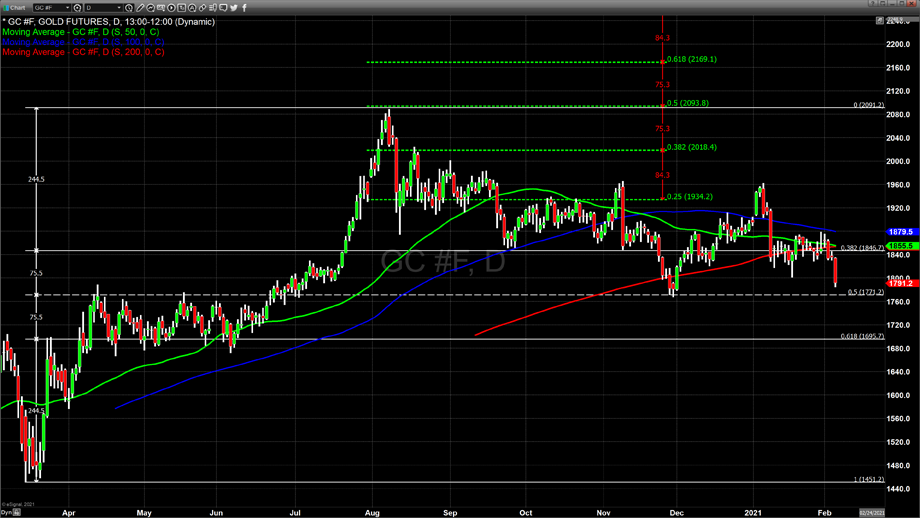 In an article published by Yahoo finance, Rubeela Farooqi, chief U.S. economist for High Frequency Economics, wrote in a note that, “The data continue to signal weakness in the labor market, although a lack of sustained increases in recent weeks is a surprising and positive sign. As states continue to relax restrictions, claims should stabilize at lower levels.”

Traders and market participants await the jobs report from the U.S. Labor Department on Friday; this will follow yesterday’s ADP private payroll report, which was released yesterday. According to ADP private firms added 174,000 last month (January 2021). It also beat the estimate from economists which forecasted that only 50,000 new private payroll jobs. According to the ADP report, the most significant gains came from health care and social assistance and professional and business services. Leisure and hospitality added 35,000 for the month.

It will be Friday’s jobs report coupled with the ongoing negotiations regarding the next fiscal stimulus aid package from President Biden that will have the most influential impact on future pricing in both gold and silver. According to the Associated Press, the president spoke to the Democrats in the House and Senate yesterday urging them to “act fast” on his current proposal of a $1.9 trillion aid package saying, “Look, we got a lot of people hurting in our country today. We need to act. We need to act fast.”

Progress on the president’s fiscal aid proposal coupled with the jobs report on Friday will set future pricing in gold and silver.