That being said, the Labor Department’s report influence was spread across many financial sectors, including U.S. equities, the dollar, and precious metals pricing. The low number of new jobs created in January strengthened the need for additional financial aid through the president’s current proposal of a Covid relief package that would require $1.9 trillion of additional debt.

According to Reuters, “President Joe Biden and his Democratic allies in Congress forged ahead with their $1.9 trillion COVID-19 relief package on Friday as lawmakers approved a budget outline that will allow them to muscle Biden’s plan through in the coming weeks without Republican support. By a party line vote of 219-209, the House of Representatives passed the budget plan, after the Senate approved it in a pre-dawn vote. Vice President Kamala Harris cast the tie-breaking vote in the Senate for the first time.”

The renewed hopes in the passage of additional fiscal stimulus fueled a rally in U.S. equities, resulting in the Dow Jones industrial average gaining 3/10 of a percent taking that index to 31,148.24. The S&P 500 gained almost 3/10 of a percent and closed at 3886.83, and finally, the NASDAQ composite gained well over ½% and is currently fixed at 13,856.29. Many analysts believe much of the gains in equities are based upon the belief that additional fiscal stimulus will filter through the economy and positively affect many businesses.

The Labor Department’s report dramatically impacted the strength of the U.S. dollar, resulting in over ½% decline in the U.S. dollar index, which lost 0.61% and is currently fixed at 90.96. This resulted in rekindling bullish market sentiment in the precious metals across the board. 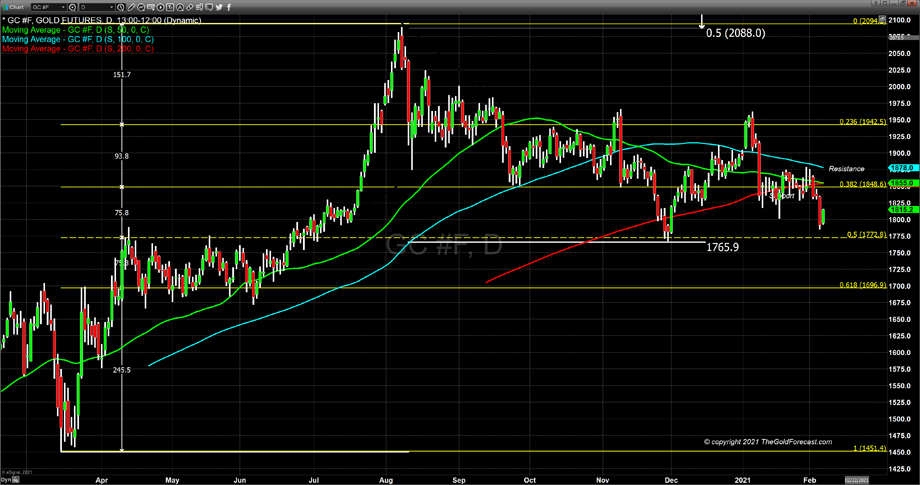 Platinum had the biggest gains of the precious metals complex(gold, silver, platinum, and palladium), resulting in a net gain of 3.16%, and coming in second was palladium gaining 2.75%. 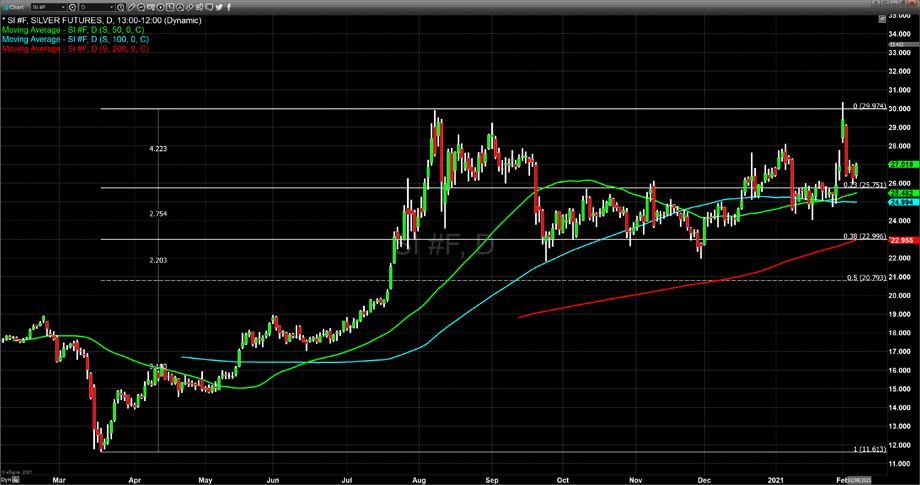 Gold did recover today and had a respectable gain of 1.34%, which was the end product of both dollar weakness and buyers bidding the precious yellow metal higher.

This can best be seen using the Kitco gold index (KGX), reflecting spot gold pricing. Spot gold is currently fixed at $1815.20 after factoring in today’s gains of $21.30. On closer inspection, the KGX revealed that $10.95 of today’s advancements resulted from dollar weakness, with the remaining gains of $10.35 directly attributable to market participants bidding gold prices higher.

Dollar weakness is an inherent byproduct of fiscal spending that results in increased national debt, and the current aid proposal of $1.9 trillion would undoubtedly add to that debt.

For those who want more information please use this link.