Many of the financial markets are continuing the rally that began last week, with the momentum gaining strength due to the jobs report and budget resolution passed last week. These two events have shaped market sentiment in U.S. equities as well as gold and silver pricing. The events confirm that the Senate will be able to push President Biden’s $1.9 trillion fiscal stimulus package through without any support from the Republican faction.

As reported in MarketWatch, Rhona O’Connell, head of market analysis, EMEA and Asia, at StoneX said, “This means that only a simple majority is needed in the Senate to get the bill through and raises the probability of the larger $1.9 trillion package pushed by President Joe Biden rather than the smaller $600 billion proposal from the Republicans.” 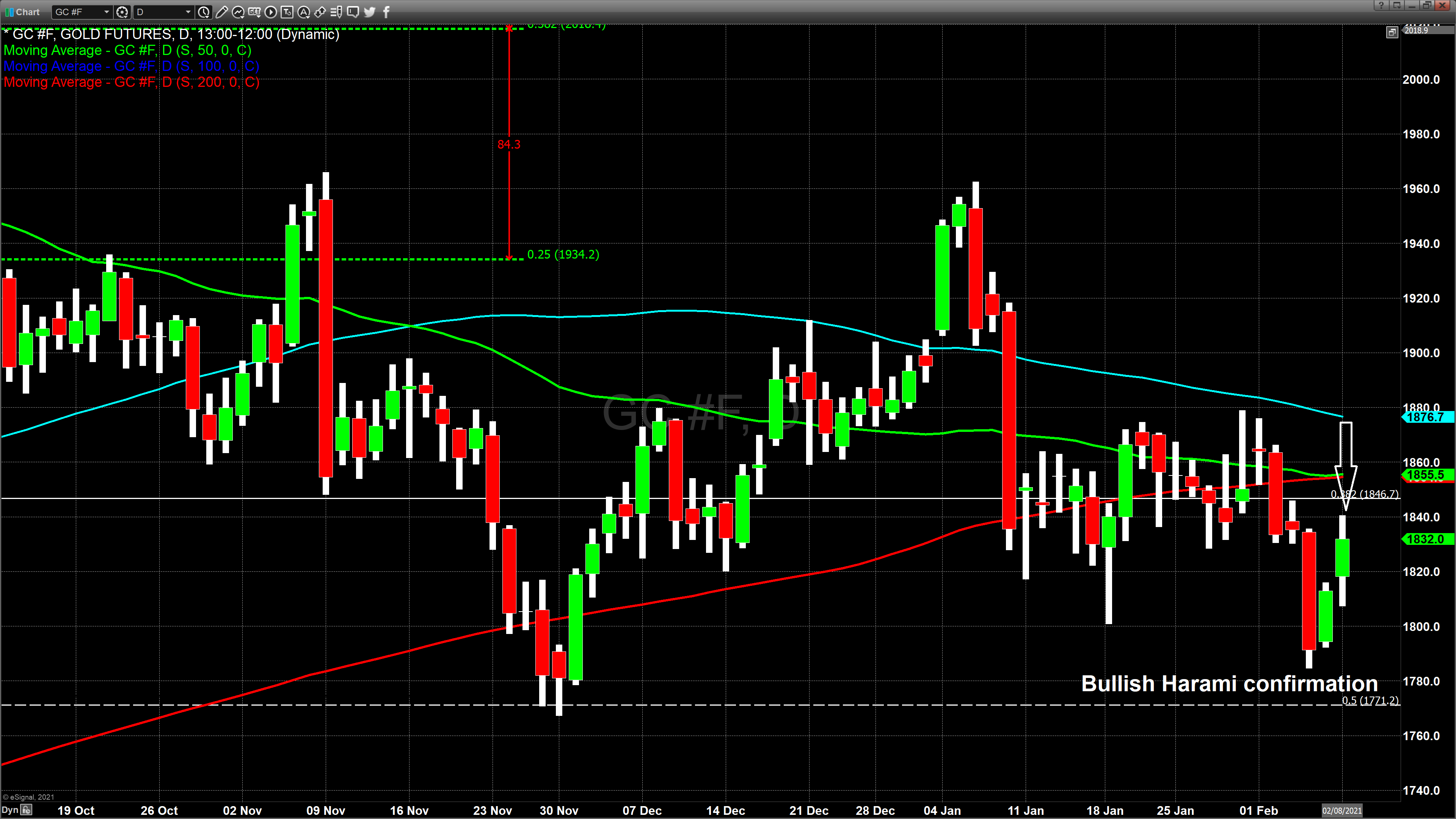 The renewed hopes in the passage of additional fiscal stimulus fueled a rally in U.S. equities, resulting in the Dow Jones industrial average gaining +0.76% taking that index to 31,385.05, a new record high close. In fact, all three major indices closed at an all-time record high. The S&P 500 gained over half a percent and closed at its highest value ever 3907.22, and finally, the NASDAQ composite gained +0.69 % and is fixed at 13,954. Many analysts believe much of the gains in equities are based upon the belief that additional fiscal stimulus will filter through the economy and positively affect many businesses.

According to Reuters on Friday, “President Joe Biden and his Democratic allies in Congress forged ahead with their $1.9 trillion COVID-19 relief package on Friday as lawmakers approved a budget outline that will allow them to muscle Biden’s plan through in the coming weeks without Republican support. By a party-line vote of 219-209, the House of Representatives passed the budget plan, after the Senate approved it in a pre-dawn vote. Vice President Kamala Harris cast the tie-breaking vote in the Senate for the first time.”

Gold and silver both had respectable gains, with the most active April 2021 Comex contract of gold gaining just over 1% ($18.60) and is currently fixed at $1831.90. On a daily candlestick chart today’s candle represents a confirming candle to the simple two-day pattern called a bullish Harami. According to Investopedia, “A bullish harami is a candlestick chart indicator suggesting that a bearish trend may be coming to end. Some investors may look at a bullish harami as a good sign that they should enter a long position on an asset.”

The criteria for correct identification of this pattern begins with a defined downtrend. This pattern's first candle needs to be a long red bodied candle, meaning that it closed below its open. The following candle is typically a small-bodied candle that forms inside the range of the previous red candle. Most traders will wait until the following day, i.e., the third candle before taking this bullish reversal pattern. Although this Japanese candlestick pattern is not a strong as an engulfing bullish or a piercing line, it is nonetheless extremely valid when confirmed with the low of the red candle becoming the price support area. As such, we can expect gold to move higher as it moves back into rally mode. 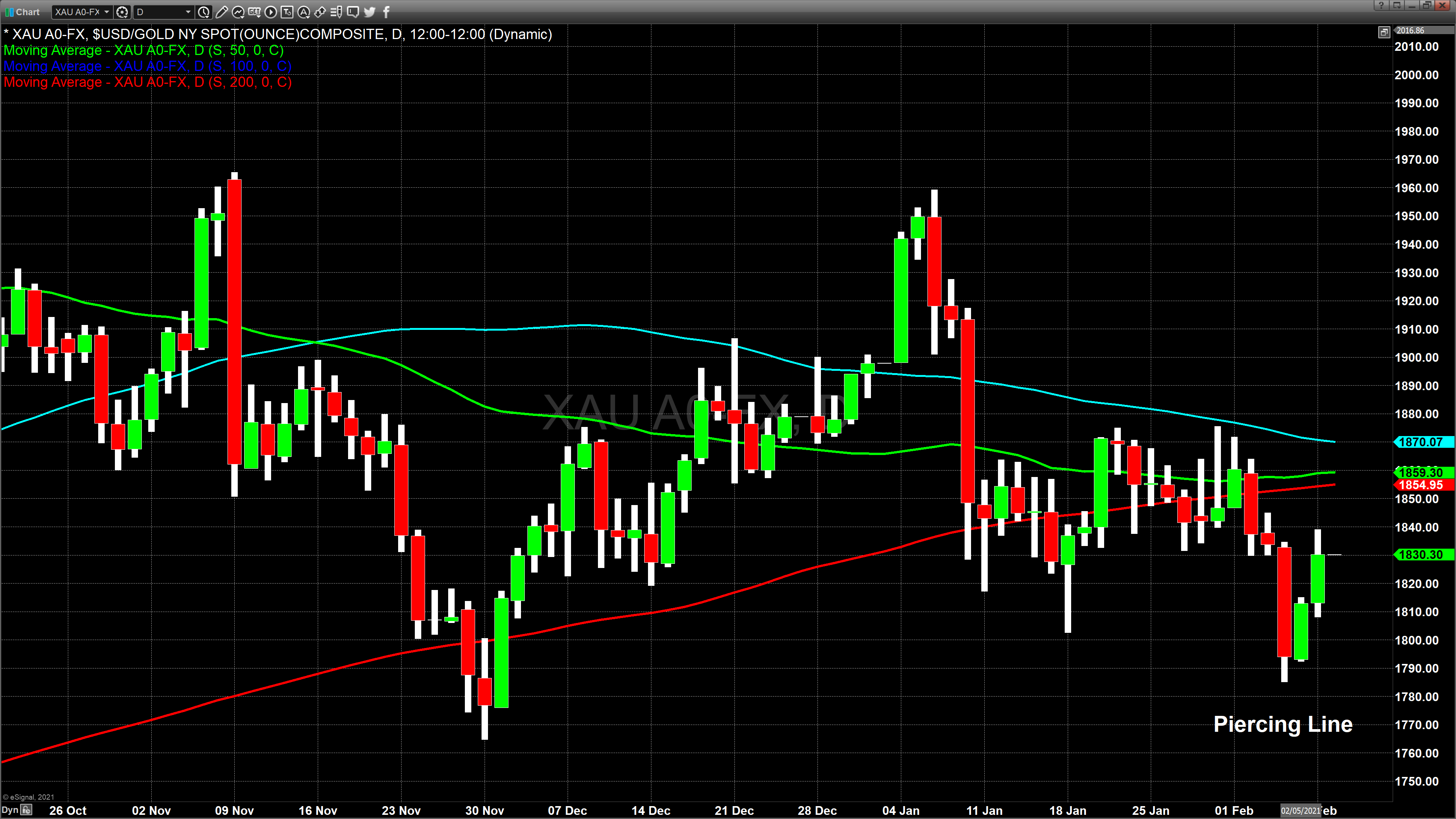 For those who want more information please use this link.

International Lithium to sell its remaining stake in Mariana to Ganfeng