If the budget resolution passed by the Senate last Friday is any indication as to how we will see voting on the president's fiscal stimulus aid package unfold, it seems highly probable that it will be voted into law shortly. Last Friday, the Senate passed the budget resolution with a vote of 51 to 50. This meant that all members of the Senate voted down party lines, with the end resulting in a tie of 50 to 50 until VP Kamala Harris cast the tie-breaking vote to approve the resolution. Although because of amendments the Senate enacted, it will now go back to the House where members of Congress will vote upon it.

In regards to the president's aid proposal, which will cost Americans $1.9 trillion to enact, it is in many analyst's opinions, including my own, it's not a matter of if there will be more fiscal stimulus through the president's proposal. Instead, rather it's how much stimulus will be forthcoming to the Americans who greatly need support.

The majority leader in the Senate, Chuck Schumer, said that Congress "will not think small in the face of big problems. We cannot repeat the mistakes of the past, we cannot do too little. We cannot lock our country into a long and slow recovery."

According to NPR (National Public Radio), "As Democrats in Congress take the initial steps to pass President Biden's $1.9 trillion COVID-19 relief package using a process that won't require any Republican votes, the White House is working to rack up endorsements from state and local elected officials and business groups — a strategy that it argues is making the bill bipartisan."

As reported by Reuters on Friday, "President Joe Biden and his Democratic allies in Congress forged ahead with their $1.9 trillion COVID-19 relief package on Friday as lawmakers approved a budget outline that will allow them to muscle Biden's plan through in the coming weeks without Republican support."

It has been this information that has begun a rally in gold that began on Friday, February 5. When gold futures a day earlier found support after they traded to a low of $1785 to current pricing, gold has gained almost $60. The last four days have resulted in consecutive gains for gold, with the future's most active April 2021 contract closing up by $6.70 today, currently fixed at $1844.20. 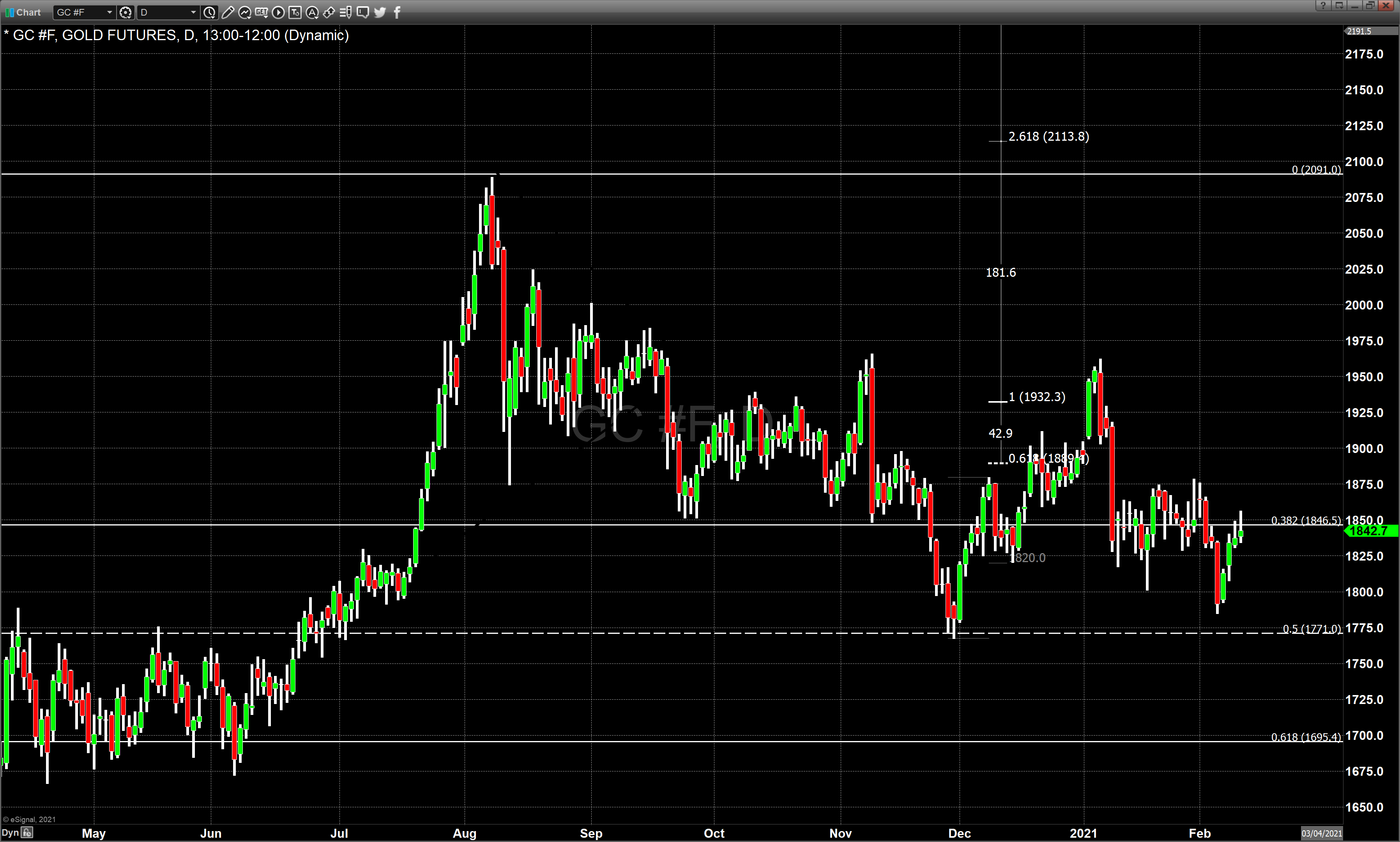 These gains have been based largely upon the assumption that the president's current aid proposal will pass through both the House and Senate without the support of any Republicans. Market participants are currently baking the high probability that the president will witness the passing of his proposal. The question becomes, will this proposal pass allocating $1.9 trillion, or will the proposal be watered down in some manner.