After four consecutive gains in gold’s spot and futures pricing, gold moved moderately lower, giving up $17.10. After factoring in today’s decline, gold’s April Comex contract is fixed at $1825.60. Silver also sustained losses today, but they were fractional, with the most active March 2021 contract giving up five cents, currently fixed at $27.03. 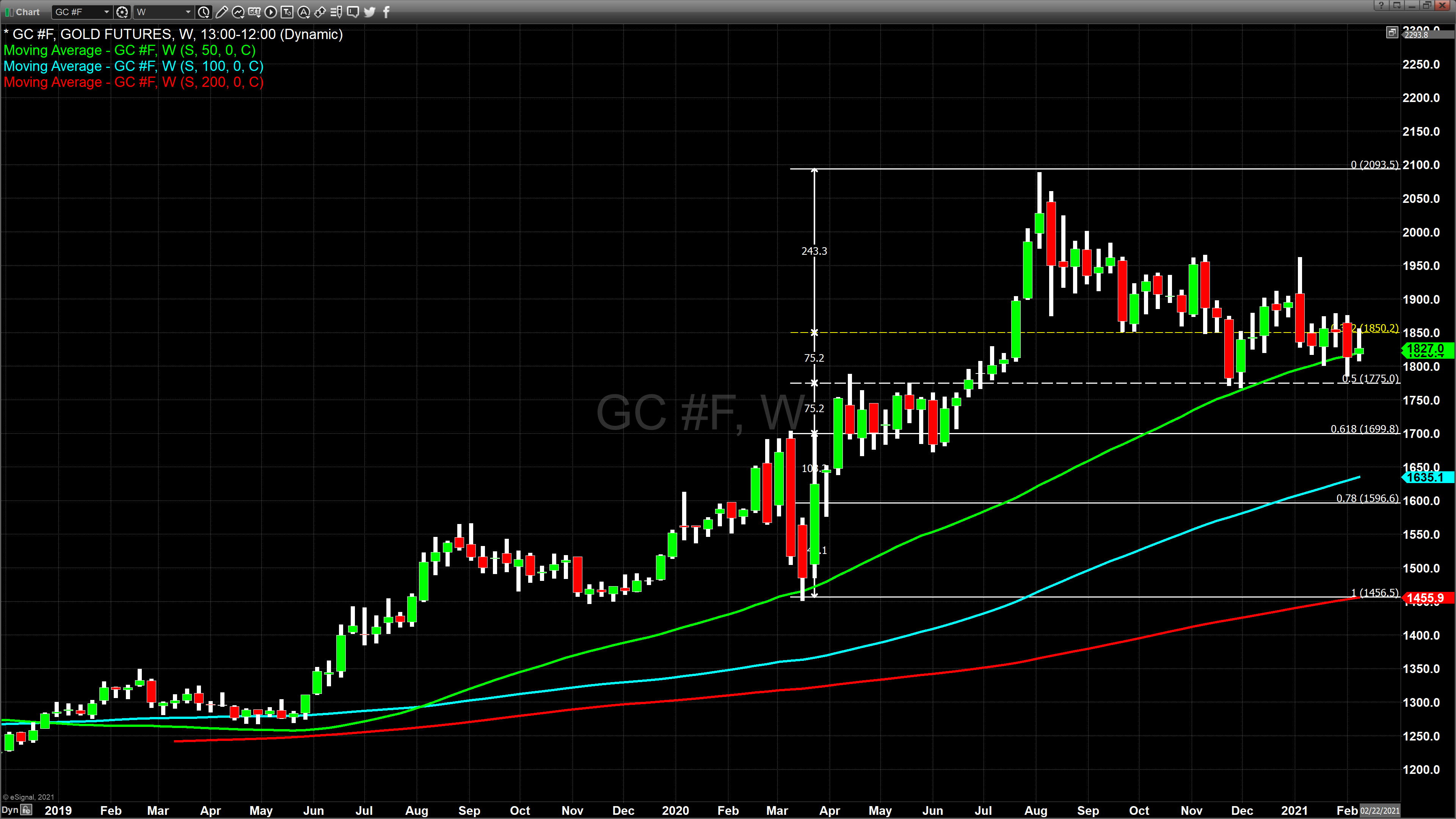 Many analysts have suggested that today’s price decline was largely the end product of long-term U.S. Treasury yields moving higher. As reported in MarketWatch, Michael Armbruster, managing partner at Altavest, said, “The gold bugs are not likely to fare well in a reflationary environment. In other words, gold’s path of least resistance is lower as long as the trend in long-term Treasury yields are pointed higher.”

However, not all analysts maintain a bearish demeanor on gold, as an analyst from J.P. Morgan said, “The tide on yields and inflation is turning… the new cycle will be driven by the post-pandemic recovery, inflation, accommodative monetary and fiscal policies, a deteriorating U.S. dollar, and a global fight against climate change”.

This comes following last week’s statement by the head of Goldman Sachs commodity research division forecasting that silver prices will move to a high of $30 per ounce without fiscal stimulus and as high as $33 per ounce if Biden is able to enact his aid package.

Bank of America is also forecasting a surge in the commodity complex overall, as the recovery gained steam this year and supports a global economic recovery.

After last Friday, when gold prices reached an intraday low below $1800, the following four consecutive days resulted in substantially higher pricing, moving prices to just below the 200 and 50-day moving averages. This indicates that technical basis, we still have substantial resistance for gold futures at these very averages.

One technical study that does bode well for a potential return to either a neutral or bullish stance is the relationship between gold’s 50 and 200-day moving averages. Last week reports surfaced that a “death cross” was imminent. However, it has yet to occur and actually has a reasonable chance to avoid it altogether.

That chance to avoid a death cross stands as there is a distinct possibility the president will be able to pass a $1.9 trillion aid package, which is not fully factored into current pricing. If that aid unfolds unhindered or watered down, we could see a reversal from today’s selloff and have gold return to its bullish rally.