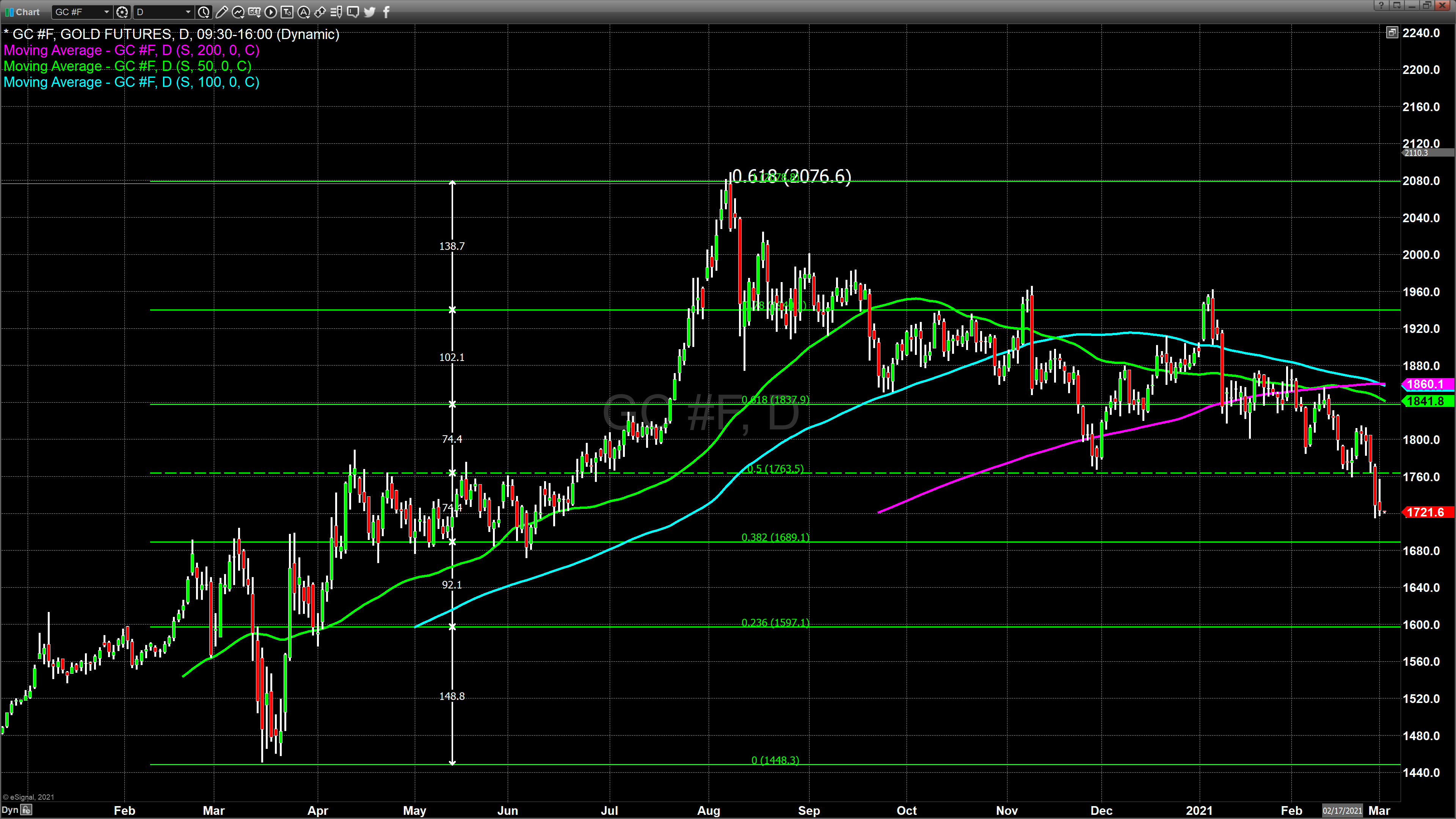 The most reasonable explanation for why gold continues to underperform when valued against the other three precious metals that are traded on the futures complex is that gold has the least industrial usage when compared to platinum, palladium, and silver. That fact, coupled with the strong rally in U.S. equities markets today, is at the root of why three precious white metals have been consistently outperforming gold recently. It was another strong showing in all three major indexes, with the Dow Jones industrial average gaining 603 points (+1.95%), the Standard & Poor’s gained 90.67 points (+2.38%), and the NASDAQ composite gaining 398 points (+3.010%). 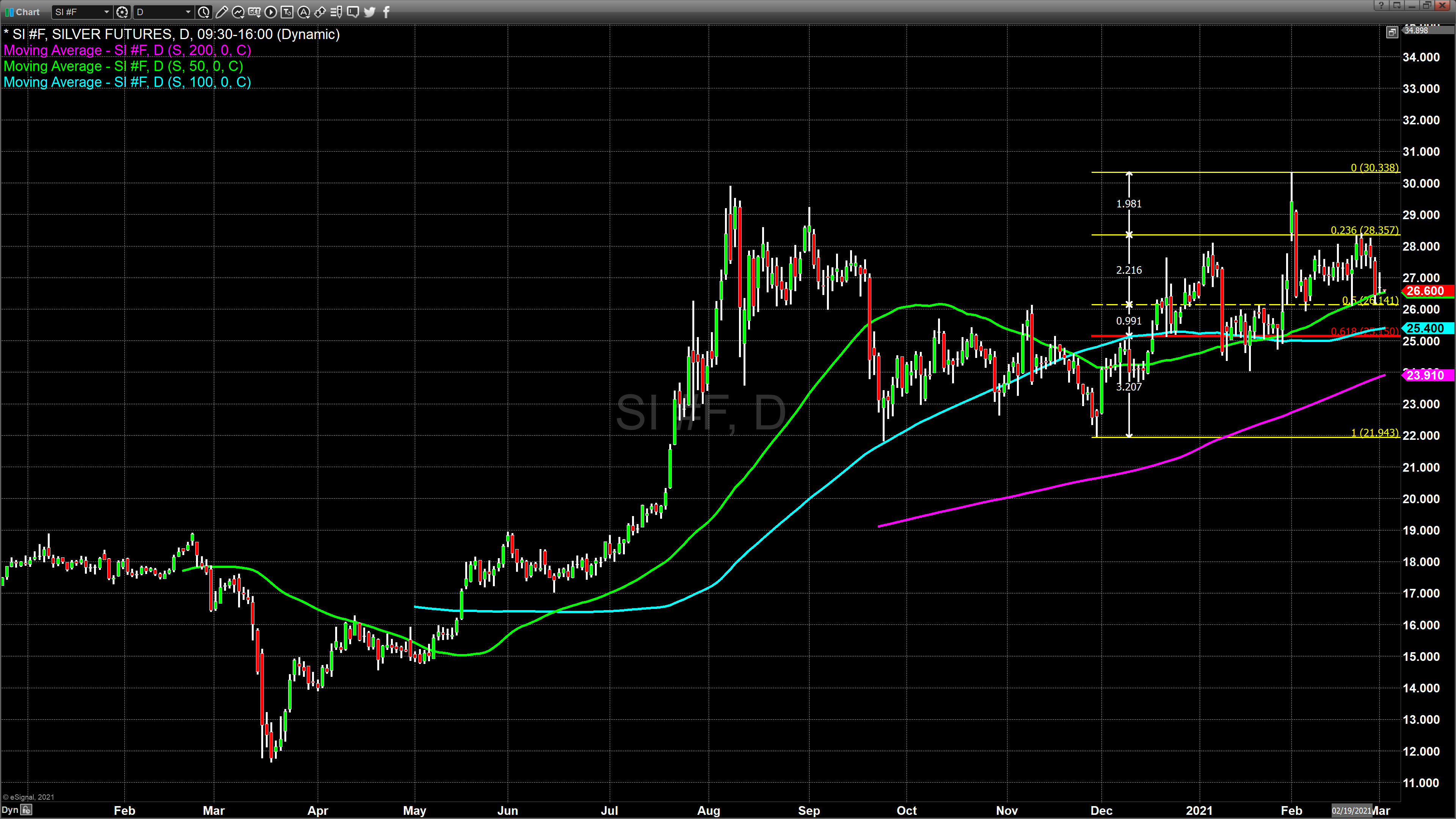 While it has been recent gains in Treasury yields that led to the strong selling pressure witnessed in gold last week, the primary factor moving equities higher and gold pricing lower is data that suggests that the economy in the United States is gaining momentum that is resulting in a rally in stocks on the first trading day of March. 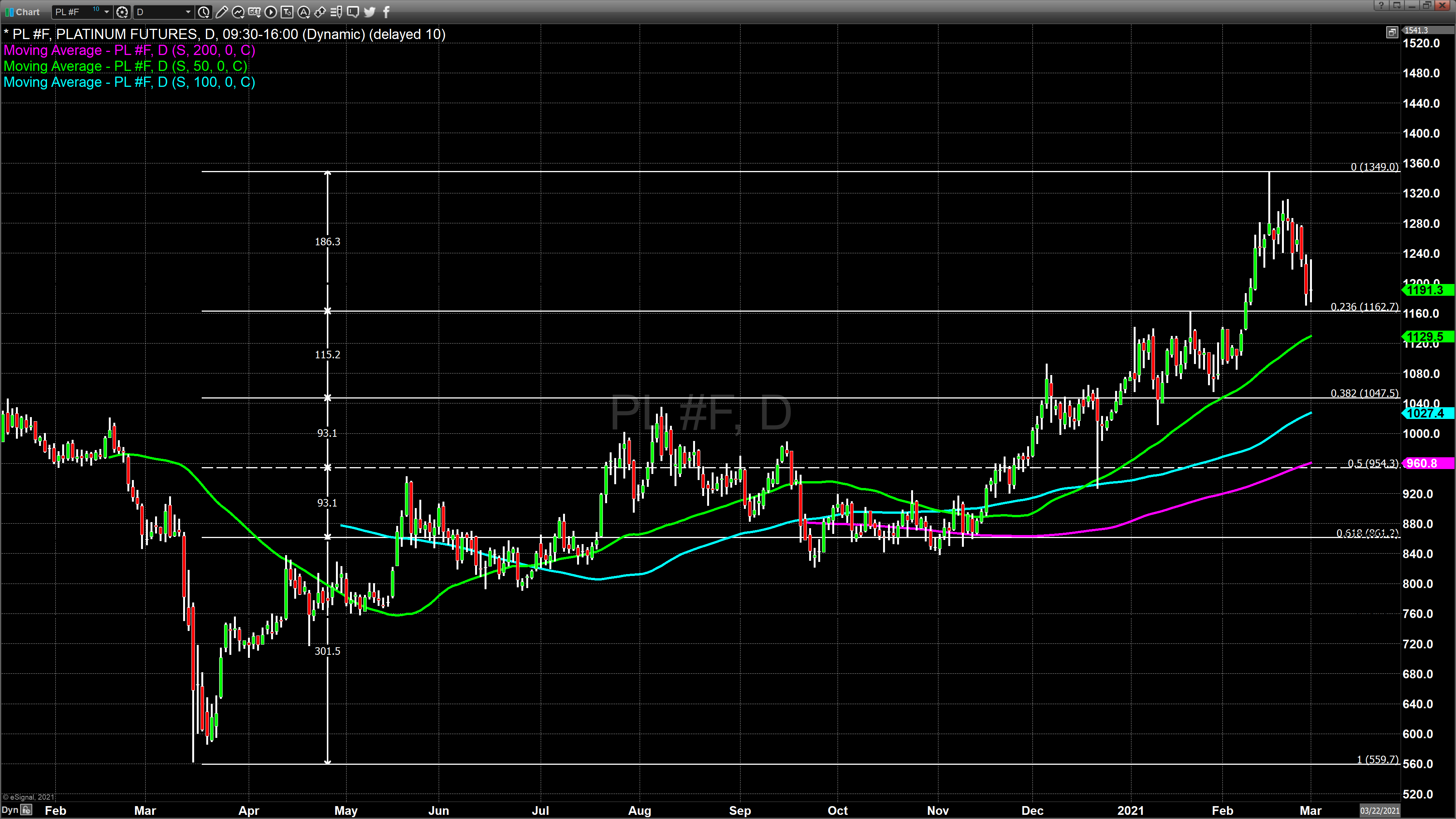 As reported in MarketWatch, Jim Baird, chief investment officer at Plante Moran Financial Advisors, said, “Increasingly, it appears that the economy sidestepped a feared hard-landing despite a period of soft consumer spending that contributed to negative conditions for parts of the service sector and a surge in layoffs. If anything, it appears that manufacturers may have benefited from consumer spending habits that favored goods over services in recent months.” 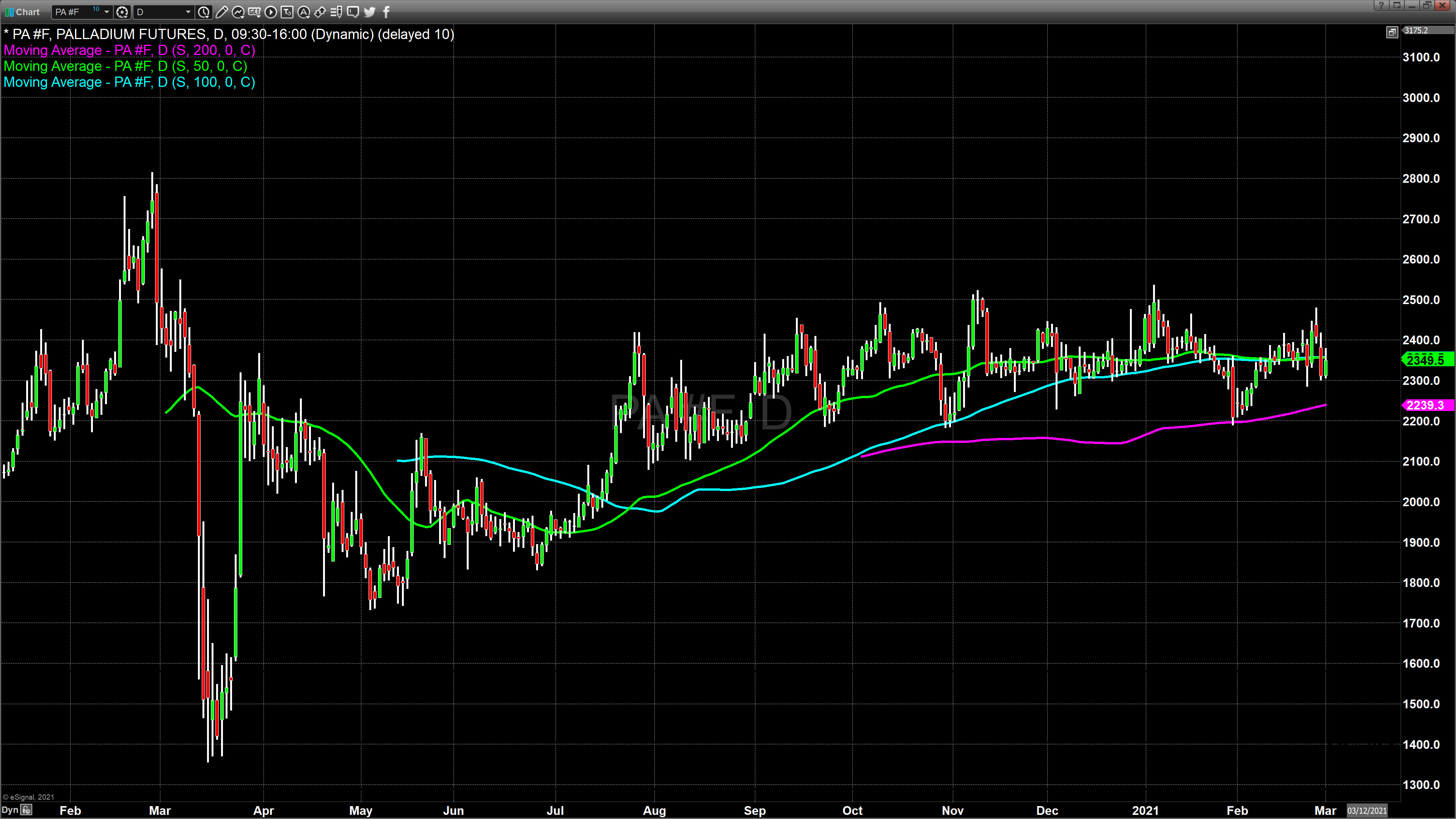 One recent development has been the emergency use approval by the CDC of the Johnson & Johnson one shot coronavirus vaccine, which was greenlighted by the FDA last week. In fact, J&J began shipping their vaccine today, beginning with four 4 million doses. While not as effective as the other two primary vaccines granted emergency use (Pfizer-BioNTech and Moderna), the J&J vaccine is stable when stored in a refrigerator for three months and requires only one shot. Many medical professionals believe that this potentially could be key to the rural areas of the United States, which makes it difficult to ship and store the other vaccines at subzero temperatures.

These developments, when coupled with the passage in the Congress last week of President Biden’s $1.9 trillion aid package, have has shifted market sentiment towards the risk-on asset class rather than the safe-haven assets.