The entire precious metals complex traded higher today, with platinum scoring the largest percentage gain of 1.61%. Platinum futures gained a respectable $19.20 and are currently fixed at $1210.50. Gold bounced off an eight-month low to gain +0.78%, with the most active April 2021 Comex contract currently fixed at $1736.40, which is a net gain of $13.40 on the day. 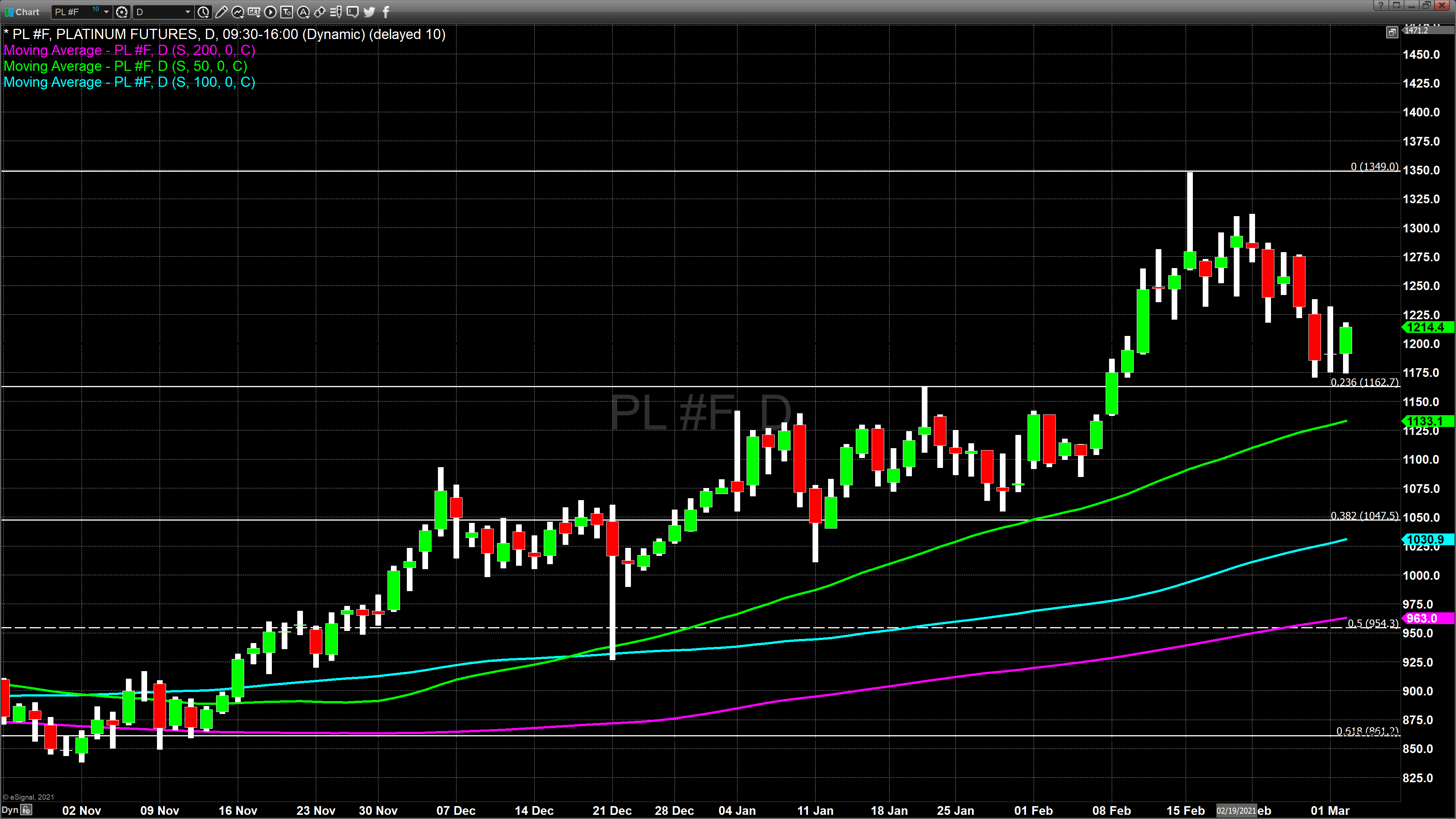 Silver futures gained +0.68%, with the most active contract currently fixed at $26.88 after factoring in today’s gain of $0.20. Although it is the highest-priced precious metal traded on the futures exchange, palladium gained only +0.15%, and after factoring in today’s gain of $3.50, it is currently fixed at $2352.50 per ounce. 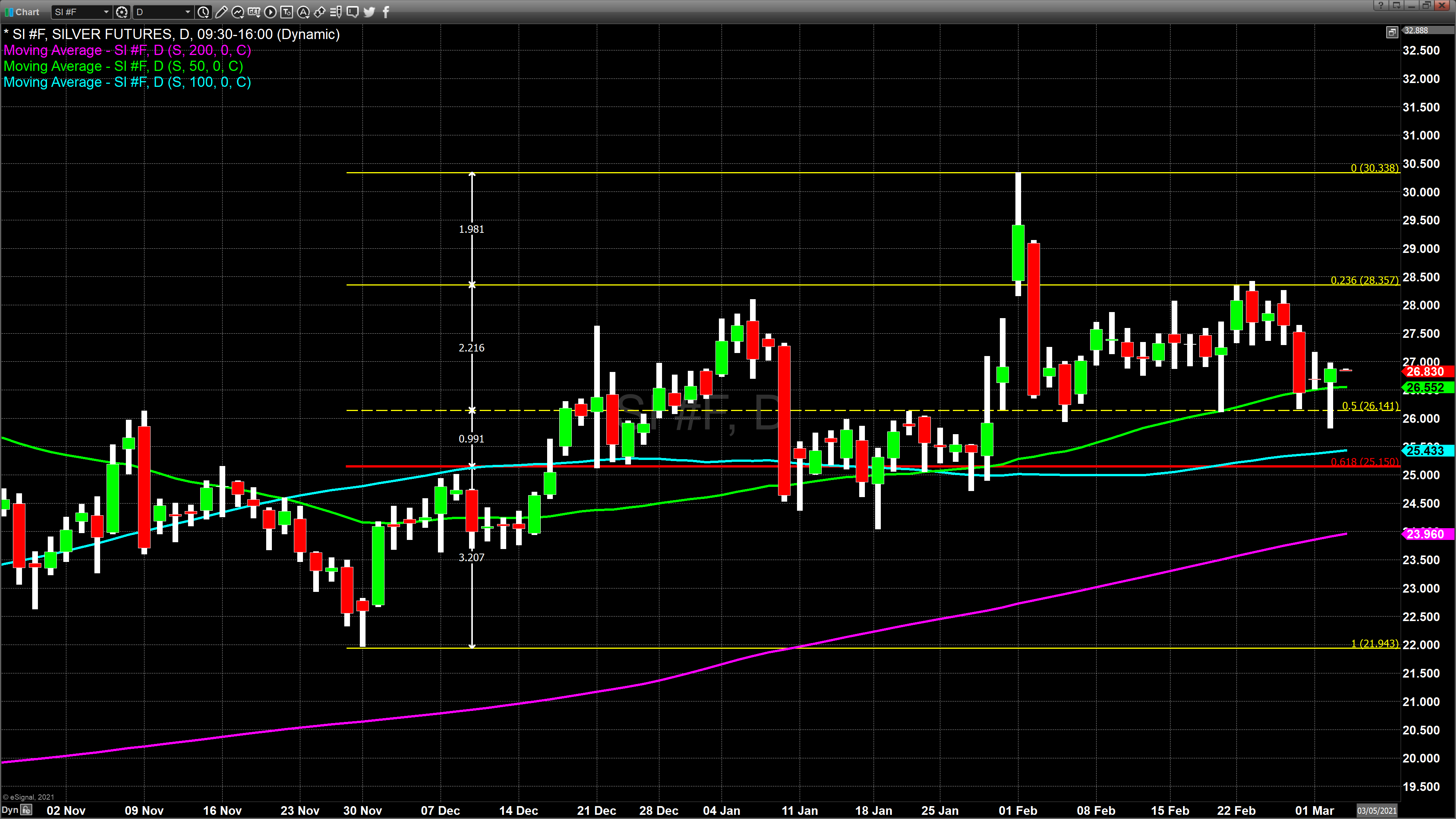 The rise in the precious metals across the board can be attributed to U.S. dollar weakness and lower yields in U.S. Treasury notes. 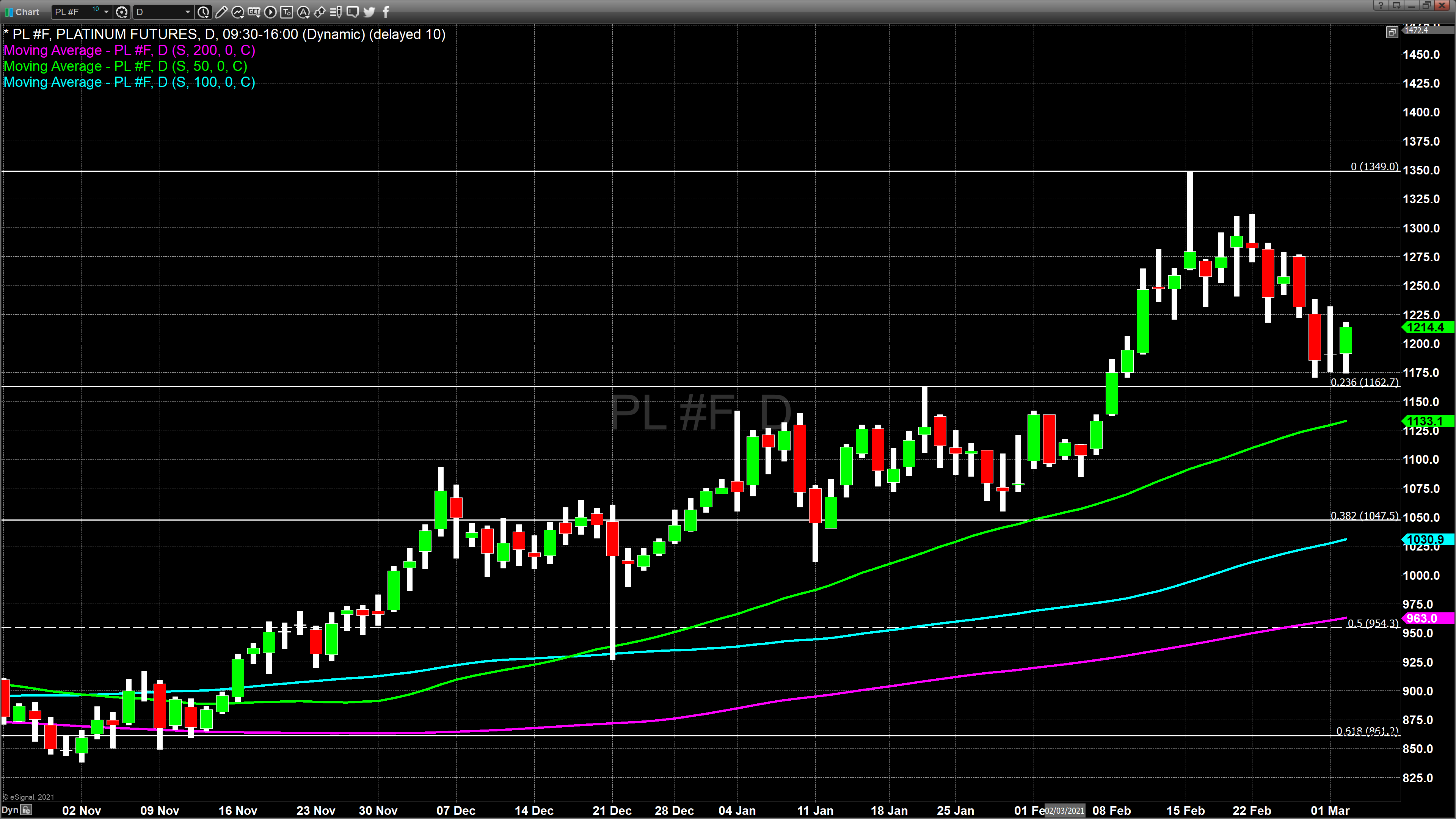 According to Reuters, Tai Wong, a trader at investment bank BMO in New York, “Gold’s $30 rally from the lows in Asia suggests that investors and short-term speculators are bargain-hunting and triggering short-covering as well. A close above $1,725 per ounce would be considered by many a key reversal day.”

Reuters also reported that Bob Haberkorn, senior market strategist at RJO Futures, said, “The main dilemma right now for the gold bulls is the rising short-term U.S. Treasury yields. Despite the U.S. Federal Reserve being very accommodative with stimulus, with low rates for the extended period of time, in the short term, we have to deal with these rising short-term rates.”

The question that remains is whether or not gold’s pricing has already factored in the high probability that the president’s proposal of a $1.9 trillion stimulus package will pass in the Senate. It is currently being debated this week in the Senate after Congress passed the resolution to enact president Biden's fiscal stimulus aid proposal. Considering that last year the government spent $4 trillion to provide COVID-19 aid, this additional debt of almost $2 trillion will be directly reflected onto our national debt.

The pandemic has ravaged global economies around the world, and the United States in no way escaped the need for massive fiscal stimulus along with an extremely accommodative monetary policy by the Federal Reserve. As such, we could easily see inflationary pressure as a byproduct of these fiscal policies.