You only need to look at the KGX (Kitco Gold Index) to see the dramatic effect that a surge in the value of the U.S. dollar had on gold. Currently, spot or physical gold is fixed at $1,697.70, which is a $13 decline. Of that $13 decline, dollar strength accounted for $12.30, with the remaining $0.70 attributable to selling. 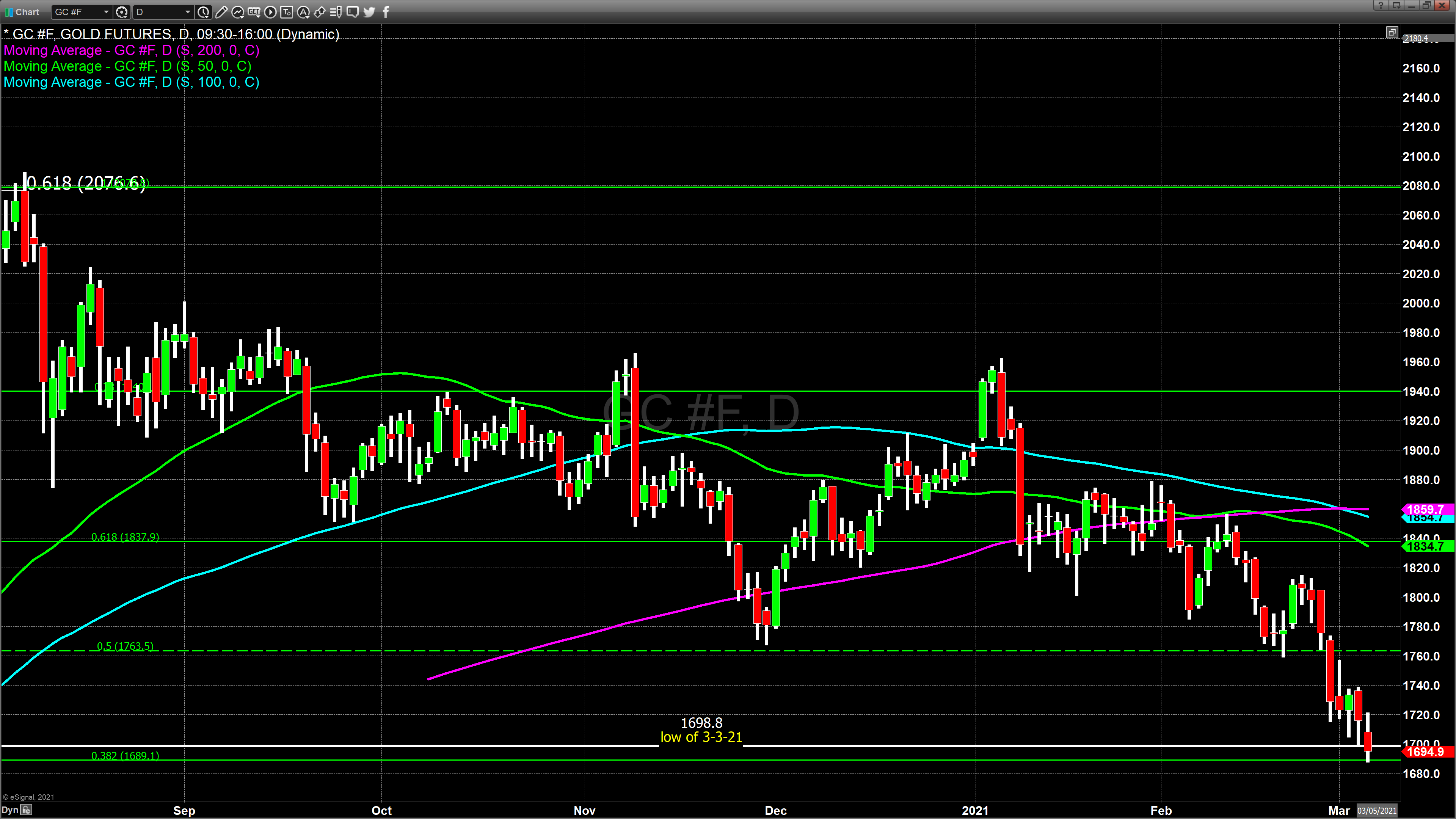 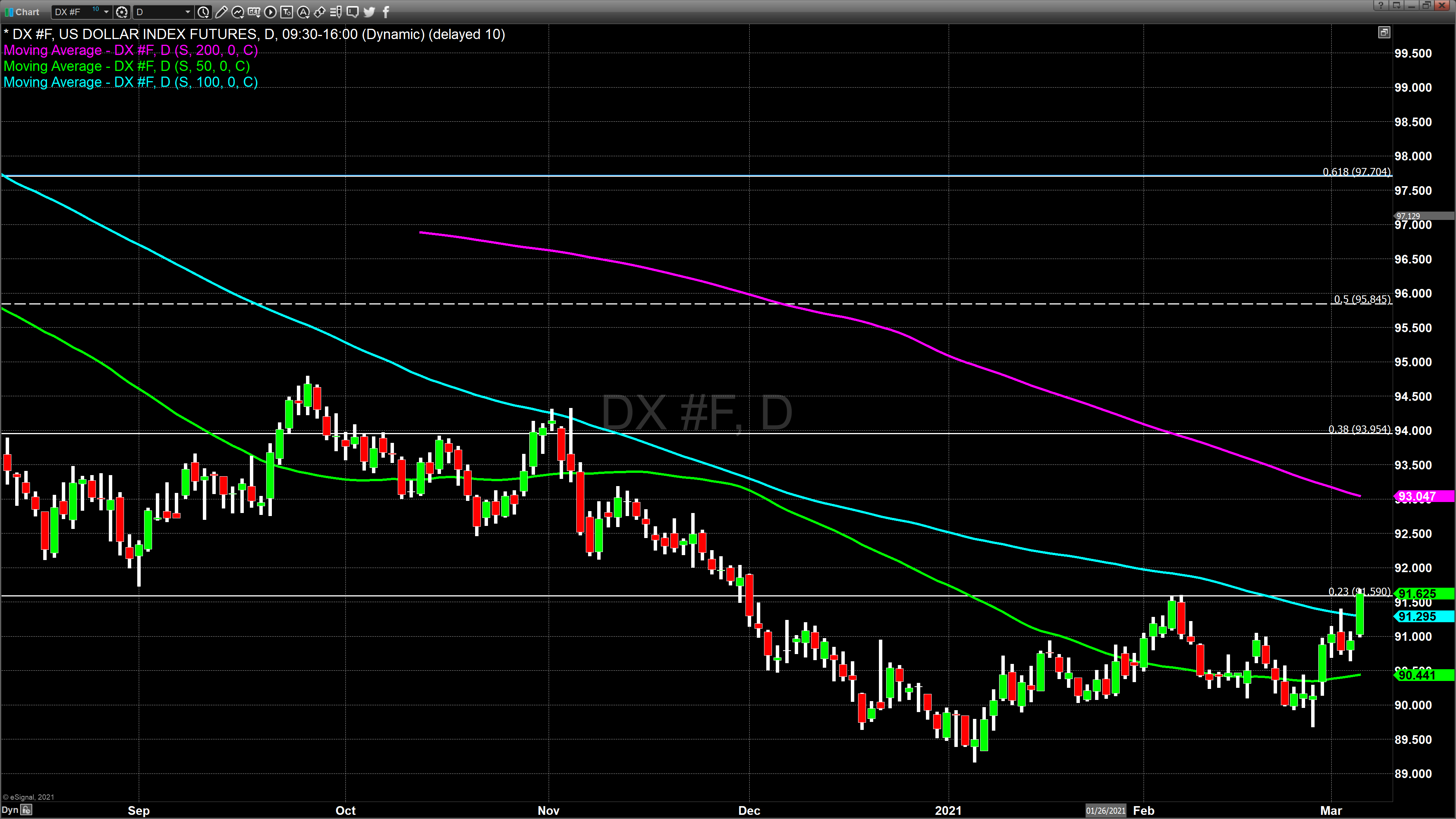 In a speech today, the chairman of the Federal Reserve, Jerome Powell, did not announce any change in the Federal Reserve’s current monetary policy. However, market participants interpreted the statements lacking any real resistance from the real rise in U.S. bonds and treasury notes. Today U.S. Treasuries traded sharply higher, taking the yield on the 10-year note to 1.533%.

According to MarketWatch, Scott Brown, chief economist at Raymond James, said, “The market has been worried about the rise in long-term interest rates and the Fed chairman in his commentary didn’t really push back towards this increase in rates and the market took it as a signal that yields could rise further which is what has happened.”

Chairman Powell’s comments or lack of any strong signal that the Fed will react to the sharp rise in interest rates caused a huge spike in the U.S. dollar and concurrently took all of the precious metals as well as U.S. equities sharply lower. The U.S. dollar gained +0.77% (0.69 points) and is currently fixed at 91.63.

According to Reuters, “The benchmark 10-year Treasury yield spiked to 1.533% as Powell did not comment on any changes in Fed’s asset purchases to tackle the jump. It still held below last week’s one-year high of 1.614%. Investors were expecting that the Fed might introduce Operation Twist in which the central bank shifts its bond purchases to the long end of the yield curve from the shorter end.”

While chairman Jerome Powell’s statements did not soothe market sentiment, nor did he announce any actions such as implementing a “twist” program, it presents a unique opportunity in both stocks as well as the precious metals. Any stock or commodity which contains an intrinsic value and is falling in price will at some point hit a bottom in which market participants can obtain these assets at a much lower price. In the case of gold, traders have not seen gold as inexpensive since May 2020. As such, when the market does bottom, which at some point it will, there is a real opportunity to buy the precious metals at a much greater value.