Unlike the focus that has been so prevalent over the last month or so, today's fractional decline in gold pricing is not due to Bitcoin, the dollar, or to current yields of the U.S. 10-year Treasury note. Currently, the dollar is down 0.17% and fixed at 91.77. The 10-year note also declined from the highs witnessed last week and is currently fixed at 1.679%. Bitcoin futures are currently trading down by 5.13% and fixed at $55,910. It seems that the dollar, Bitcoin, and 10-year notes, which have been the primary reasons that the precious metals downside pressure, have subsided at least for the moment. 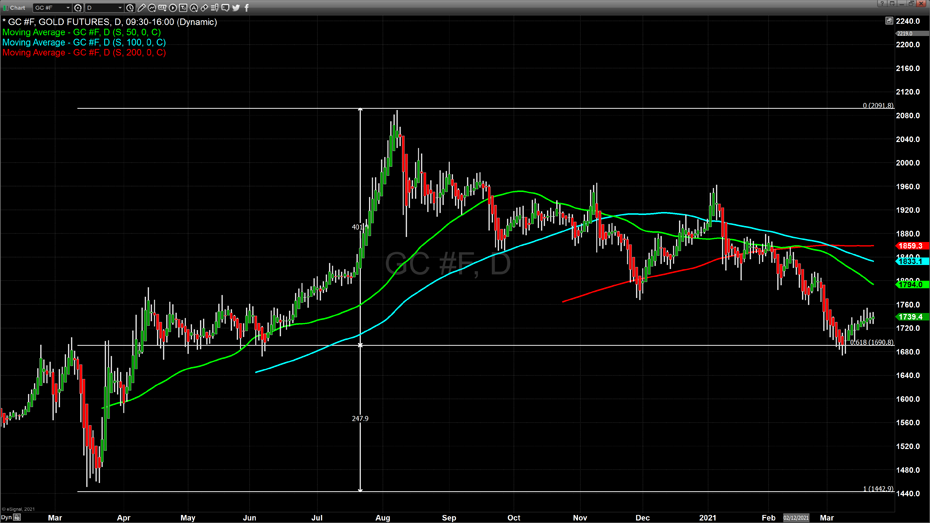 Rather it seems to be portfolio balancing as market participants moved back into the tech-heavy NASDAQ composite with specific companies rebounding after trading under pressure for the last two weeks. The NASDAQ composite showed gains head and shoulders above the S&P 500 as well as the Dow, gaining 1.26% in trading today. The composite index is currently at 13,374.94, up approximately 160 points. 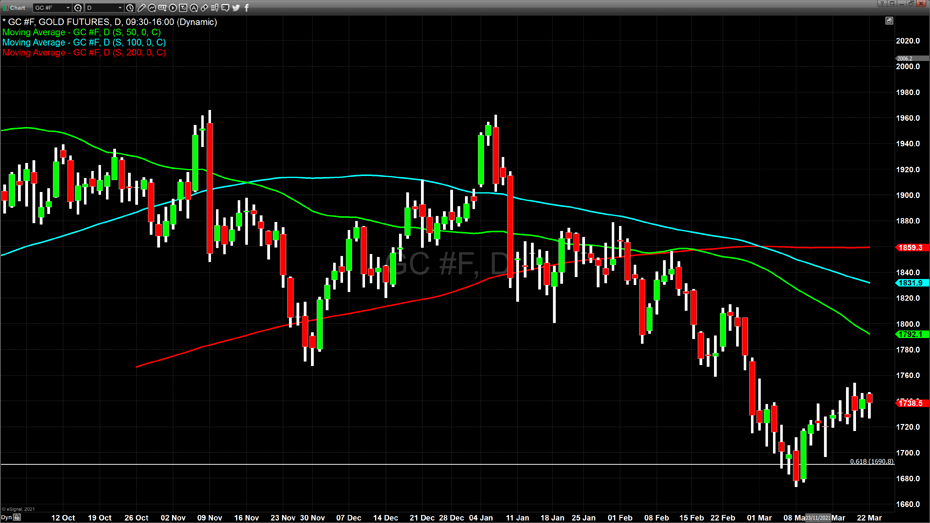 Another reason cited for today's decline in precious metals was Turkey. Both their currency and equities markets tumbled after President Erdogan fired the head of their central bank. MarketWatch reported that "Turkey's currency and stocks collapsed after the abrupt termination of its central bank head, a move that led investors to take a cautious stance toward risky assets on Monday." 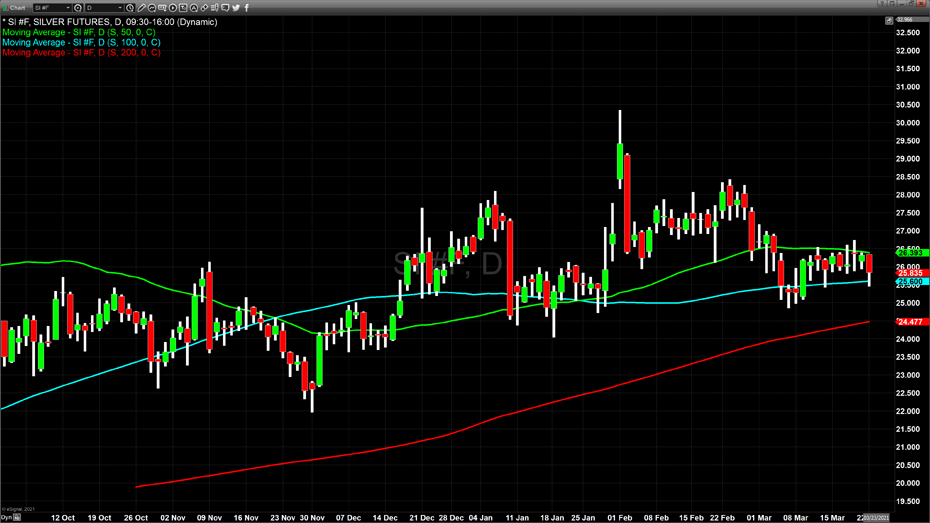 In an article penned by Steve Goldstein, he quoted Phoenix Kalen, a strategist at the French bank Societe Generale, "With Naci Agbal's removal from the CBRT, Turkey loses one of its last remaining anchors of institutional credibility. During his short tenure, Agbal had succeeded where various predecessors had not – in cultivating trust in the central bank's inflation-targeting framework, in restoring monetary policy independence, in encouraging international investors to re-engage with the crisis-prone Turkish narrative, in driving an 18.0% rally in the lira against the dollar, and most crucially – in arresting and even reversing the damaging trend of dollarization in the economy."

Market sentiment shifting towards equities and the issues reported in Turkey have been the primary causes taking gold fractionally lower, with the most active April 2021 Comex contract down $2.90 and fixed at $1738.80. However, silver is experiencing a much sharper decline, currently down 1.77%, taking the most active May 2021 Comex contract to $25.85 an ounce, after factoring in today's decline of $0.47.

Government spending has already allocated four trillion last year, in addition to the most recent aid package costing $1.9 trillion. Now the Biden administration is considering adding an additional $3 trillion worth of debt as it looks at two additional recovery packages. The $3 trillion would be spent to improve infrastructure, climate change, and reducing economic inequities, according to the New York Times. CNBC reported that "The White House is going to propose splitting the mammoth initiative into two bills, though Republican support for either plank could be hard to secure as Biden aims to increase taxes on corporations and the wealthiest Americans."

For more information on our service, simply use this link.
Wishing you, as always, good trading and good health,