The U.S. dollar has been on a virtual roller coaster ride when we look at the relative value of the dollar index from the end of 2016 until current pricing. In December of 2016, the dollar index rose to a high just above 103. Of course, the dollar index is literally a measurement of the United States dollar relative to six other currencies, which include the euro (57.6%), the Japanese yen (13.6%), the British pound (11.9%), the Canadian dollar (9.1%), the Swedish Krona (4.2%) and the Swiss franc (3.6%). 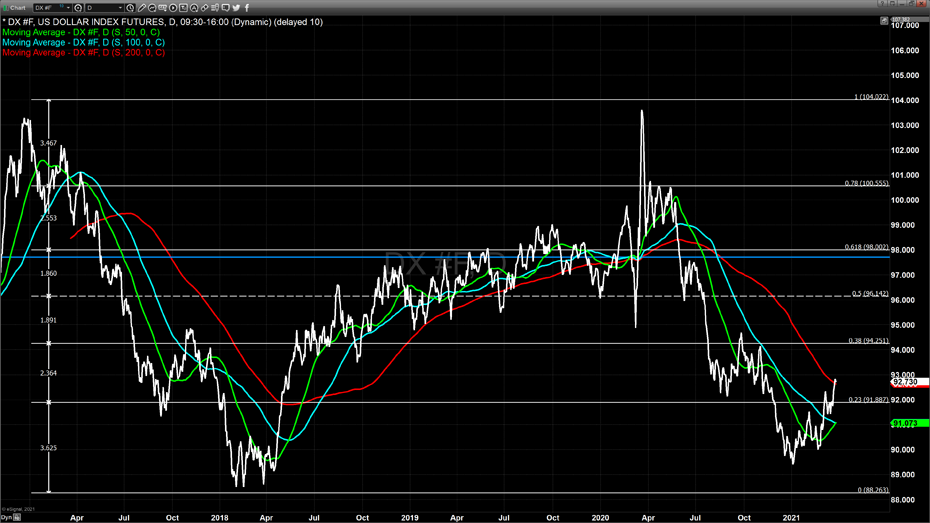 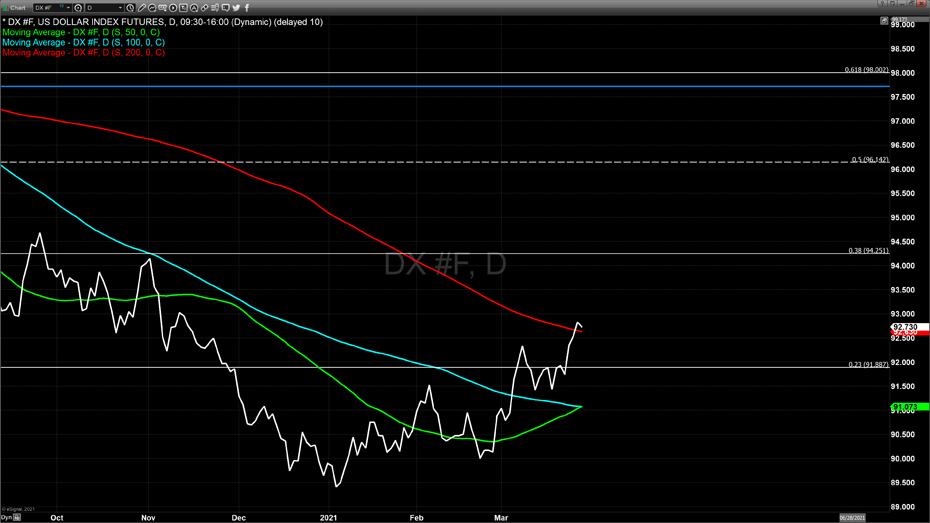 Chart 2 is an enlargement showing the most current data. At the beginning of this year, the dollar index had still been spiraling lower until reaching a low of 89.42 in January and then moving higher to its current pricing of 92.73. That means that the dollar index gained over 3% in value in the first quarter of this year. More so, for the first time since June 2020, it appears as though the shortest-term moving average (50-day) is about to cross above the 100-day moving average. On a technical basis, this would be the first strong signal that the prevalent bearish market sentiment that has existed since March 2020 has subsided and could be signaling a shift in market sentiment from bearish to bullish. 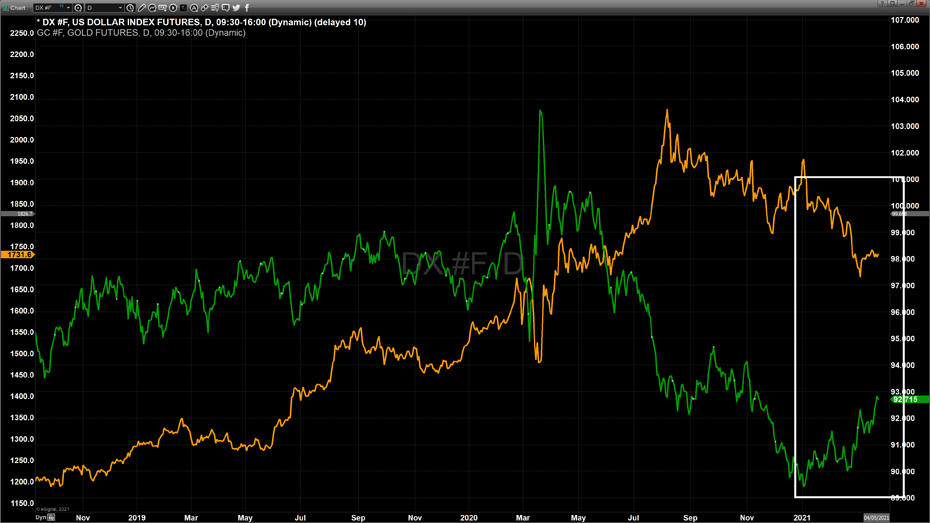 The obvious reason this is so important to market participants involved in gold is that the precious yellow metal is paired against the dollar, which means that there are two major factors changing the daily price of gold. The first, of course, is market sentiment, whether market participants are actively buying or selling. The second is dollar weakness or strength. Chart 3 is a line chart with gold (gold) overlaid against the U.S. dollar (green). It is clearly visible that since the beginning of 2021, we have seen dollar strength and concurrently weakness in gold pricing.

Whether or not this trend will remain will be dependent on the timeline for the United States to have an economic recovery taking it from the recession caused by the pandemic in March of last year to the strong economy that occurred prior to the pandemic.

The answer to the question posed above not as easy to answer as one might think. While it is clear that we have made incredible headway from the worst of the recession, many unknowns still exist as to how long it will take for the United States to make a full economic recovery.