Gold pops above $1,700, after having the worst quarterly loss in five years

What was largely attributed by many analysts as short covering during the last trading day of the quarter and market participants buying the dip. Gold futures gained $22.60, with the most active April 2021 contract currently fixed at $1708.60. That being said gold lost just under 10% of value in the first quarter of this year challenging the record of the last quarter of 2016. In October 2016 gold hit a high of $1322 and hit a low of $1125 in December. It would take gold prices five quarters to regain the losses incurred in the last quarter of 2016. 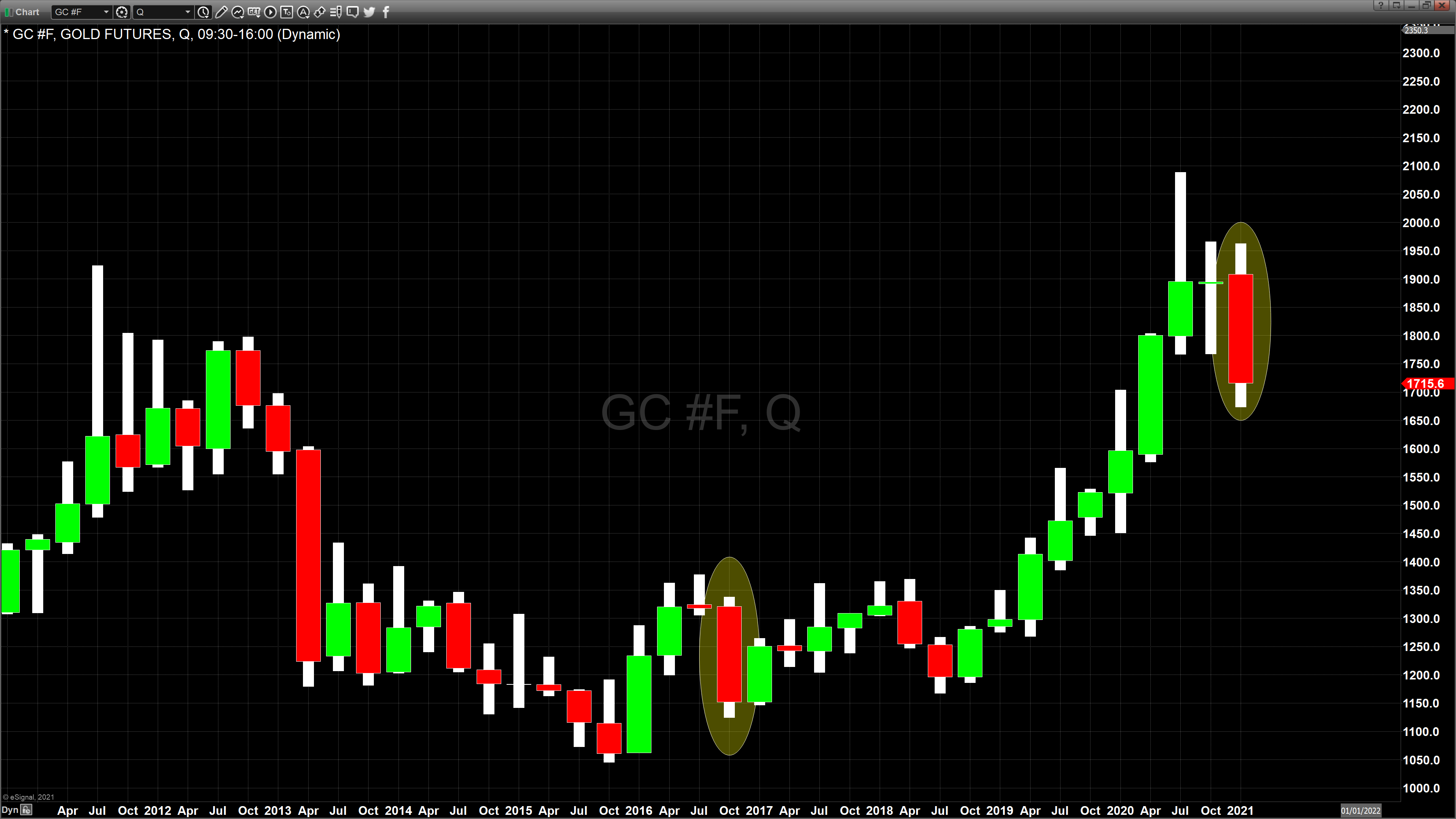 Multiple factors contributed to the dramatic decline in gold prices during the first quarter of this year such as rising yields in the 10-year U.S. Treasury note, low inflation expectations, a dramatic rise in the cryptocurrency bitcoin and a strong U.S. equities markets which took all three major indexes to all-time record highs during this quarter.

Concurrently these gains come on the heels of President Biden’s proposal for a $2.3 trillion infrastructure plan. In a speech given in Pittsburgh today the president laid out his “America Jobs Plan” which he called the “next major initiative” since implementing his Covid-19 relief bill roughly three weeks ago.

According to a fact sheet released by the White House, “While the American Rescue Plan is changing the course of the pandemic and delivering relief for working families, this is no time to build back to the way things were. This is the moment to reimagine and rebuild a new economy. The American Jobs Plan is an investment in America that will create millions of good jobs, rebuild our country’s infrastructure, and position the United States to out-compete China.”

The White House fact sheet said that the infrastructure component of the president’s plan would, “modernize 20,000 miles of highways, roads, and main-streets. It will fix the ten most economically significant bridges in the country in need of reconstruction. It also will repair the worst 10,000 smaller bridges, providing critical linkages to communities. And, it will replace thousands of buses and rail cars, repair hundreds of stations, renew airports, and expand transit and rail into new communities.”

With the cost of approximately $2 trillion allocated over the next eight years president Biden’s proposal would according to the White House generate millions of jobs, and be largely funded by the nation’s corporations. However, his call to fund the project with higher corporate taxes will face strong resistance from the business community as well as Republican lawmakers making the initiative harder to pass.

The largest component of this proposal wants to allocate $621 billion to infrastructure which would rebuild roads, bridges, public transit as well as electric vehicle charging stations. The proposal also will allocate $111 billion to replace lead water pipes and upgrade sewers.