At times, markets make major movements en masse. Big moves to the upside or downside can occur with any financial instrument traded on a public exchange. These instruments include equities, bonds, currencies, hard and soft commodities, et al.

Major moves often occur when a collective group of entities in a particular sector becomes overbought or oversold. They can also happen when an unexpected financial, geopolitical, or natural event strikes.

Financial markets are partially governed by human herd mentality. Among the plenitude of PhD's in social psychology, this is known as mob or crowd behavior.

Technical analysis, i.e., the prediction of future price moves from chart patterns, is a function of market psychology.

I prefer to call the speculators and investors who are mostly influenced by movements of the masses, "sheeple peeple". They are often inveterate gamblers and exhibit little emotional control when it comes to financial matters. They treat Wall Street as just another giant casino and as a result, trade in recurring patterns of greed, fear, and panic.

Laziness, an inherent human trait, is also an underlying factor. These sheep peeps cannot muster the motivation to do proper research and due diligence before buying or selling a financial instrument. They tend to be unimaginative and uninventive. They prefer to take a hot tip from the wife's brother-in-law or the local barber and go all-in rather than preparing properly to skew odds in their favor.

In boisterous bull markets, this generally leads to buying at or near market tops and selling into the inevitable mass exodus, often with disastrous results to the bottom line.

Financial markets can exhibit behaviors akin to human beings afflicted with manic-depressive disorder. For those who adhere to politically-correct jargon, this is now known as "bipolar disease". But the new terminology is not nearly as descriptive so I will stick to old school verbiage.

When people or markets go on a manic binge, severe depression invariably follows.

All of the above serves as a preamble to the gist of my missive:

I submit that several markets, including but not limited to cannabis, green tech, psychedelics, hard commodities, and crypto-currencies, are currently in an overly long manic phase and past due for a correction or worse.

Now is not the time for greed. Now is the time to take profits before fear sets in and panic takes over.

The preferred long-term treatment for manic-depression disorder is the mood-stabilizing drug, lithium.

In an ironic twist, junior lithium exploration stocks are currently in their third manic phase over the last 13 years. From past experience, we know all too well how this will end. 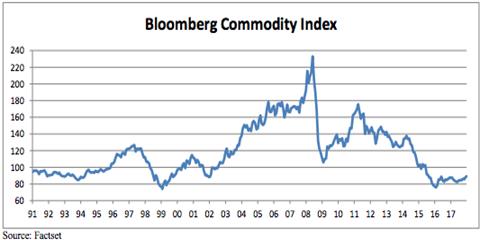 Yes folks, for even the raw product itself, manic leads to panic. Speculative markets driven by mass psychology behave irrationally at times.

So remember: It is never a bad move to take profits.