This week both gold and silver had substantial gains as multiple events were highly supportive of the safe-haven asset class. Rising geopolitical tensions, recent drops in the yield of 10-year Treasury notes, dollar weakness, a highly accommodative Federal Reserve and concern about the rising national debt all collectively moved gold and silver to multiweek highs. 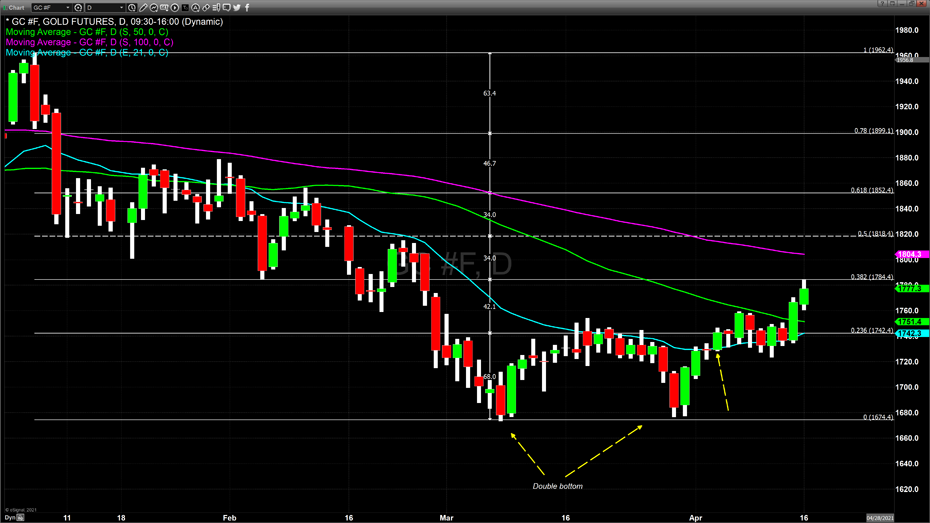 Dollar weakness provided mild tailwinds as the dollar index is currently fixed at 91.54. The dollar traded at 92.21 on Monday and lost 67 points on the week. The result is that the dollar index was devalued by -0.067% this week.

On Wednesday, April 14, Chairman Jerome Powell spoke virtually at the Economic Club of Washington DC. He addressed the concern that many economists have about the ever-growing national debt that has been created from fiscal stimulus as well as the monetary policy of the Federal Reserve. 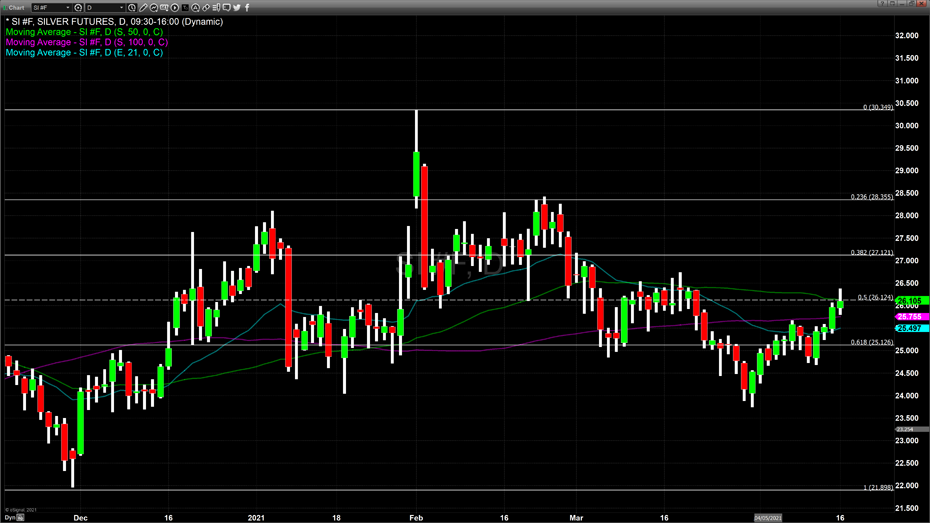 In response to these concerns, Chairman Powell said that "The U.S. federal budget is on an unsustainable path, meaning simply that the debt is growing meaningfully faster than the economy. The current level of debt is very sustainable. And there's no question of our ability to service and issue that debt for the foreseeable future."

In addition to that there is rising tension between the United States and Russia. Yesterday President Joe Biden signed an executive order imposing new sanctions on Russia based on information suggesting that they had interfered with our election as well as an increased amount of Internet hacking and other "malign activities," which include sending additional troops to Ukraine as well as the continuation of persecution of Russian dissidents in specifics to Alexei Navalny.

In response to these issues, the White House issued an "Executive Order on Blocking Property with Respect to Specified Harmful Foreign Activities of the Government of the Russian Federation." The full Executive Order can be read by following this link.

There is also increased tension with China. Today President Joe Biden met with the Japanese Prime Minister, Yoshihide Suga. According to CNBC, "The two leaders will gather in Washington in what will be the U.S. president's first in-person summit with a foreign leader since his January inauguration. The meeting comes as the U.S. seeks to challenge China on issues ranging from human rights to unfair trade practices."

These events collectively have been the driving force moving both gold and silver to gain value this week. All things being equal, they could continue to drive gold back above $1800 per ounce and silver above $28 per ounce.