Gold opened slightly lower at $1778.80 in Australia Monday morning (Sunday in the United States and Hawaii), which is only a couple of dollars below Friday’s closing price. It traded in a narrow and defined price range between down a few dollars to up a few dollars for the majority of trading in Australia. As trading moved into Hong Kong, gold prices moved off of their lows and began to trade solidly higher, up by $3 - $4.

As trading activity moved into London, overnight market participants took gold to its highest trading level in two months. The last time gold closed above $1790 was on February 24 when gold opened at $1804, traded to a low of $1782, and closed at $1798. 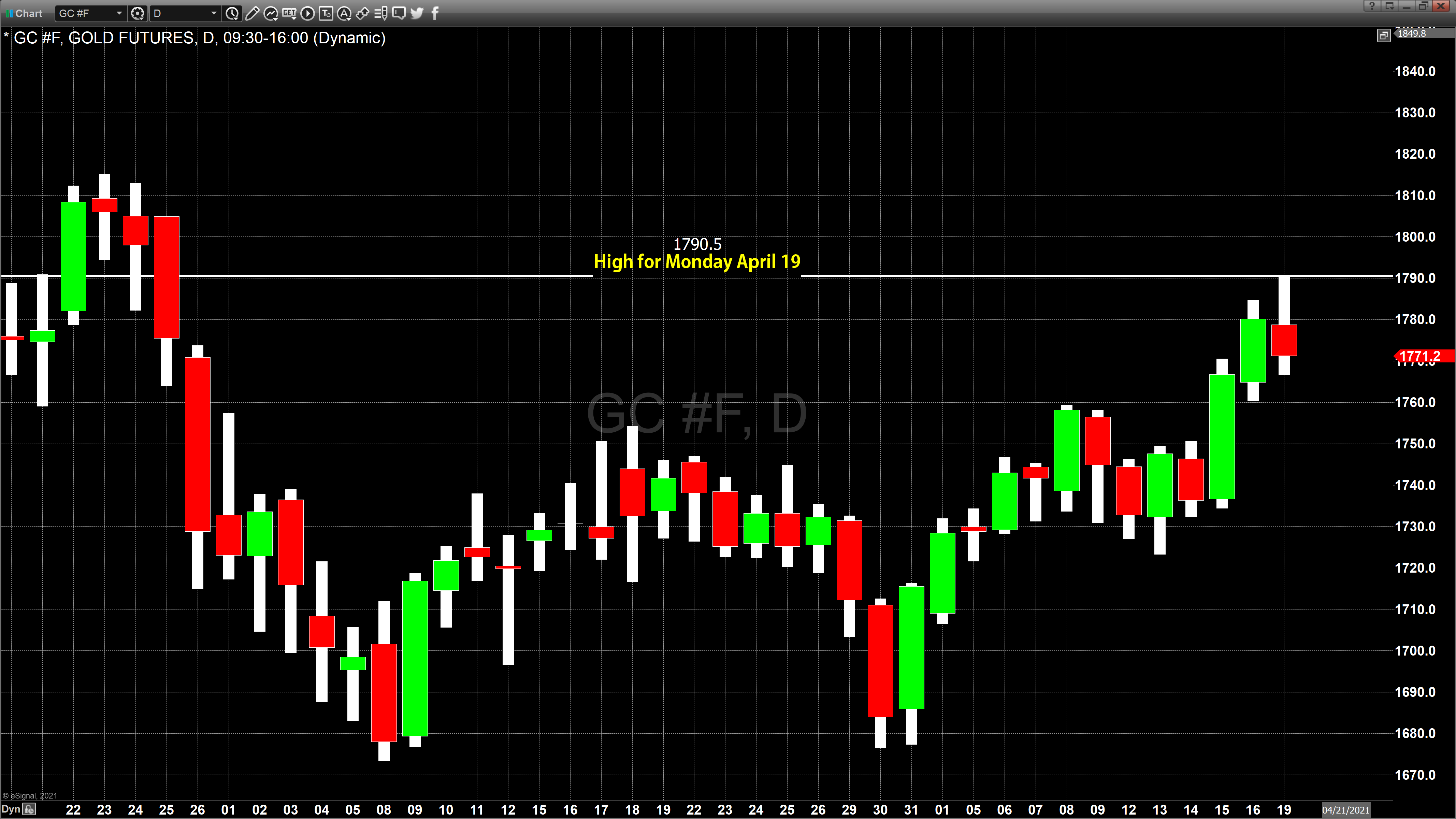 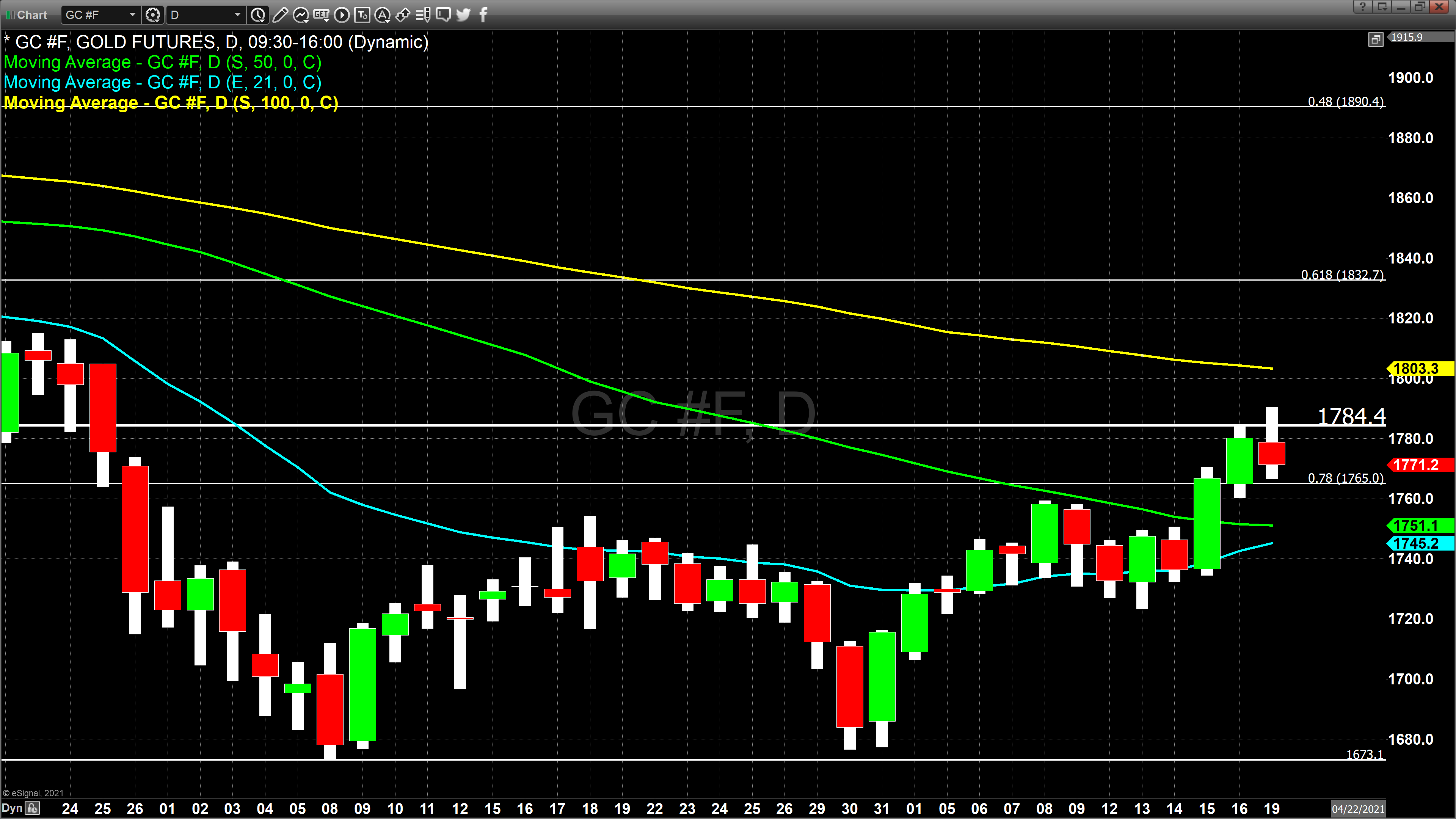 Lower gold prices occurred concurrently with dollar weakness which provided tailwinds for the precious yellow metal. Currently, the U.S. dollar index traded off by over 46 points (-0.51%) and is fixed at 91.08.

It was selling pressure that resulted in today’s price decline. It can be clearly seen when we look at current spot or forex gold prices through the Kitco Gold Index (KGX). Spot gold is currently fixed at $1769.70, after factoring in today’s price decline of $6.80. However, dollar weakness resulted in a gain of $8.35, with market participants bidding the precious yellow metal lower by $15.15.

One factor which definitely influenced market participants selling pressure was a slight uptick in the yield of 10-year notes, which is currently fixed at 1.59%. Although that is a far cry from the highs, we have seen the ten-year note trade to, with yields trading above 1.7% recently.

As reported in MarketWatch today, Jeff Wright, chief investment officer at Wolfpack Capital said, “Gold failed to follow through with the rebound and interest from last week, with no one strong mover…influencing or driving the price move. The short covering from last week is over for now and gold is seeking a new catalyst before moving in either direction. It is also a big equities earnings week and this can lead to less interest in gold from retail traders more focused on equity markets.”

If market participants are truly awaiting a new catalyst before moving gold higher, then one need only look at the growing tensions between the United States and Russia as well as the United States and China as one possibility. Another possibility is the current proposal by President Joe Biden; “The American Jobs Plan,” which would cost approximately $2 trillion over eight years to implement. Although the president’s proposal calls for a major tax increase from major corporations to fund the program, legislation to corporate raise taxes to that level will be a hard sell at best.

The continued extremely accommodative monetary policy by the Federal Reserve with its monthly purchases of $120 billion in assets and interest rates via its Fed funds rate pegged between 0 and ¼% and recent data indicating an uptick in inflation will also be supportive of higher gold prices.