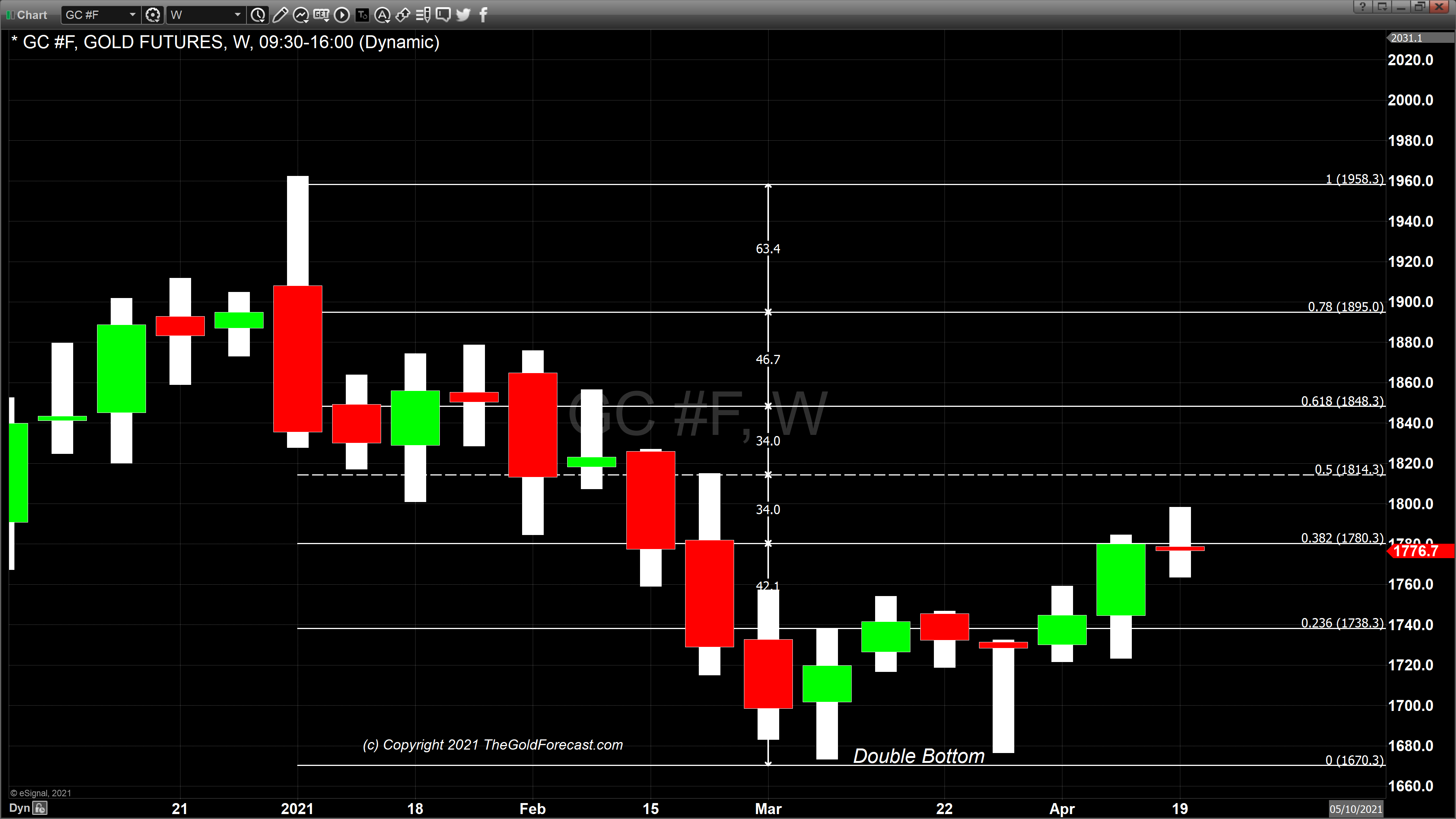 In the case of today’s fractional decline, it was an uptick in the yields of the U.S. 10-year Treasury note, as well as robust data regarding strong new home sales, which was credited as responsible for the decline.

Yesterday the U.S. Census Bureau reported that new home sales as viewed through a seasonally adjusted annual rate came in at 1,021,000 in March. This is the fastest growth of new home sales since 2006.

As reported by Markets Insider, “In the bond market, treasuries once again showed a lack of direction before ending the day in the red. As a result, the yield on the benchmark ten-year note, which moves opposite of its price, inch up by 1.3 basis points to 1.567 percent.”

According to Reuters, “Ten-year yields have stabilized and the inflation rebound to 2.6%, well above target, is likely to be short-lived. Still, swaps show that market expectations of future inflation are rising, and that means Treasury volatility may not be over yet.”

Even with strong tailwinds from dollar weakness today, gold prices were still unable to close positively on the day. The dollar index lost 52 points in trading on Friday, closing at 90.80, a net decline of -0.57%. The U.S. dollar has now closed lower on a weekly basis for the last three consecutive weeks. Four weeks ago, on the week of March 29, the dollar index closed at approximately 92.90. Since the last week of March to current pricing the dollar index has lost roughly 2.1%. 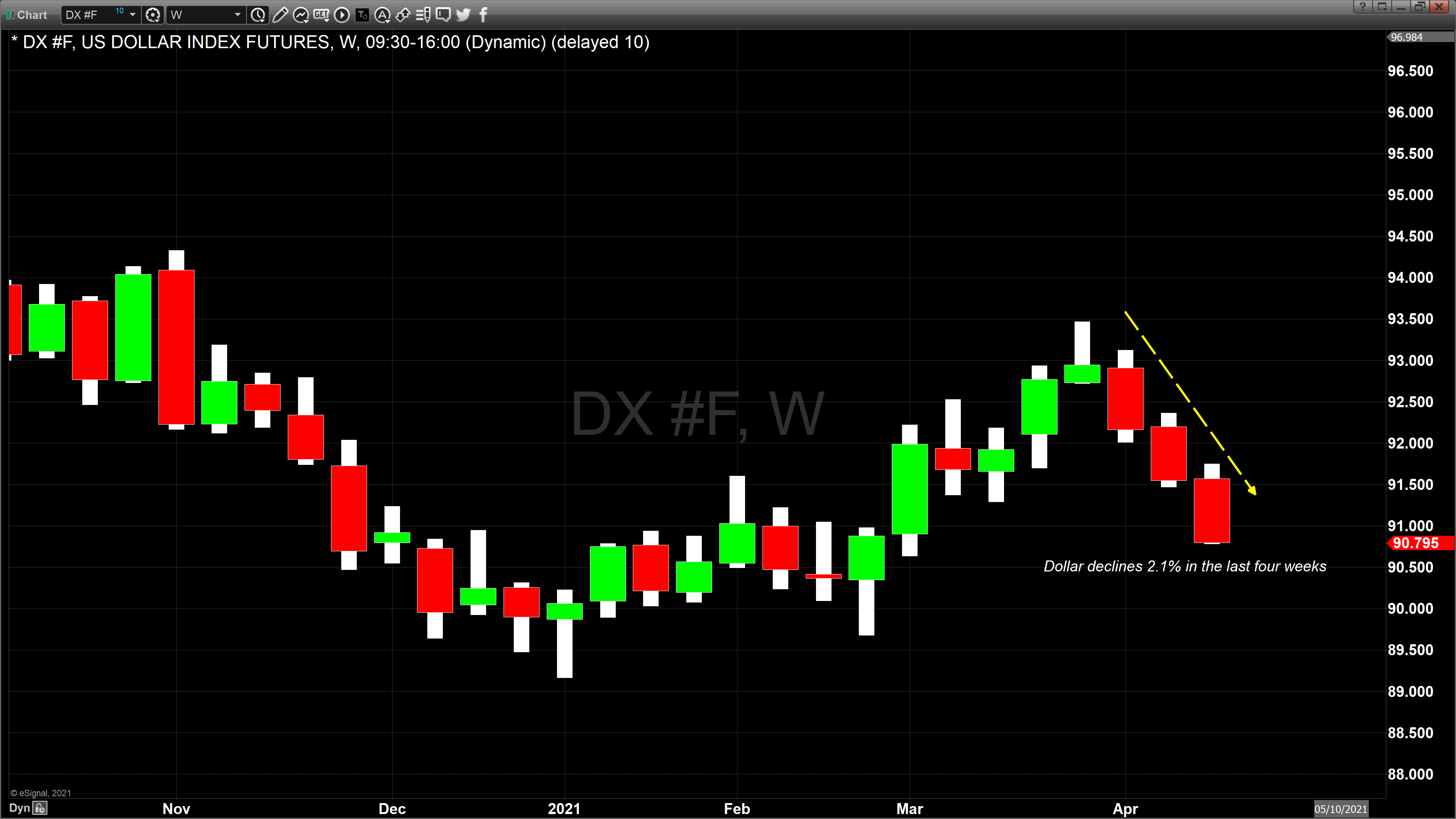 Concurrently gold prices over the last four trading weeks had risen from the second of a double bottom which occurred during the week of March 29 when gold traded to a low of $1677, to the high this week of $1798.80. In the last four trading weeks, gold has had a range of over $100, and even with this week’s fractional decline has had a significant gain throughout the month of April.

The week in review

When we look at the price changes that occurred this week in gold, it is obvious that a number of fundamental events had an opposing influence on pricing. At the beginning of the week, gains were the result of a renewed concern of recent upticks in Covid-19 infections, pointing to a contraction in the growth of the global economy. India experienced the highest surge in new infections, surpassing 300,000 daily reported cases on Thursday. During the latter part of the week, gold prices declined as a result of higher yields in 10-year notes and solid economic data in the United States.