Gold futures had a strong and respectable gain in trading today, with the most active June 2021 Comex contract gaining just over $25 per ounce. As of 4:45 PM EST, the most active gold contract is trading up $25.50 and is currently fixed at $1793.20. After trading under pressure and closing lower last week, gold futures opened at $1768.10, which corresponds roughly to the close on Friday. Factors contributing to today's strong upside move are U.S. dollar weakness as well as slightly lower yields on the U.S. 10-year Treasury note. It must be noted that today's high of 1798.90 falls just shy of the current major resistance at $1800. 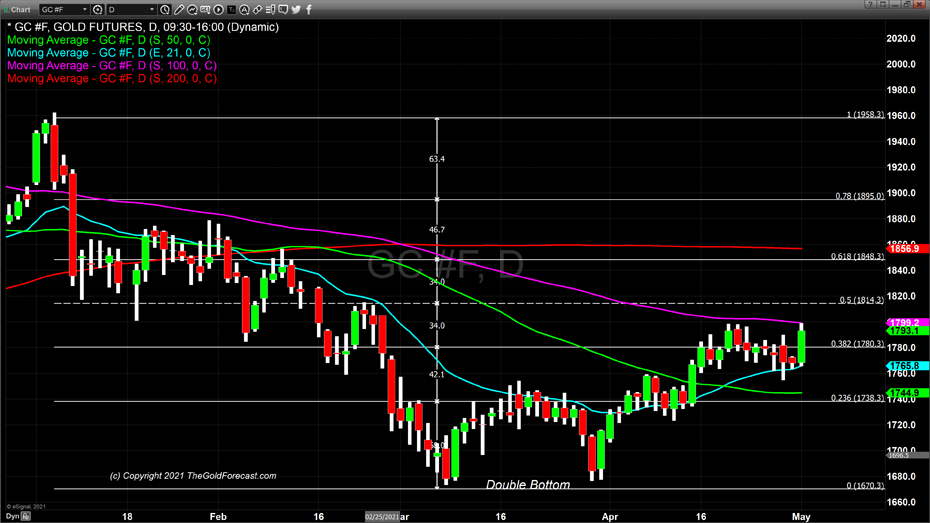 Currently, the dollar index is fixed at 90.95 after factoring in today's decline of 32 points (-0.36). Today's lower pricing gives back roughly half of the gains witnessed on Friday as the dollar index surged up approximately three-quarters of a percent.

Treasury yields had a slight fall losing approximately three basis points, and are currently trading at approximately 1.608. The higher 10-year note, which resulted in lower yields, was the result of the ISM manufacturing PMI report for April, which came in at 60.7. This was well below the economic forecast, which expected the number to be 65 or higher.

Silver had the strongest percentage gains of all for precious metals (gold, silver, platinum, and palladium), gaining over 4% in futures trading today. Traders have moved to June now the most active contract. June silver is currently fixed at $27.01 after factoring in today's gain of $1.14. That amounts to a percentage gain of 4.43%. Spot or Forex silver is currently fixed at $26.87, which is the result of approximately $0.98, a net gain of 3.81%. 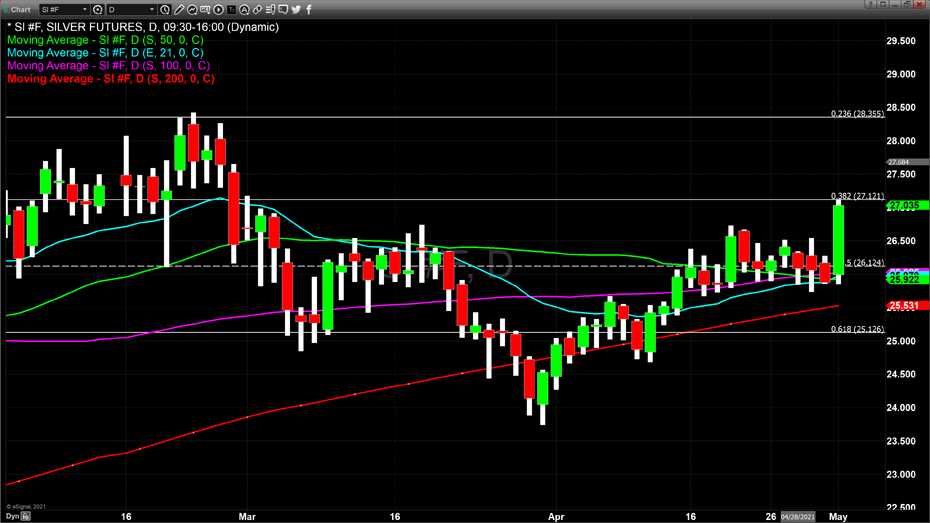 Copper futures continued their historic price increase and are certainly within the range of taking out the all-time high that occurred during the first quarter of 2011. Although the all-time record high for copper futures is $4.65 per pound, the highest close on record of $4.4919 was taken out on a closing basis with today's large gains. In fact, if copper holds the gains established today on a weekly basis, it would be the highest closing price ever recorded for the highly used industrial metal. 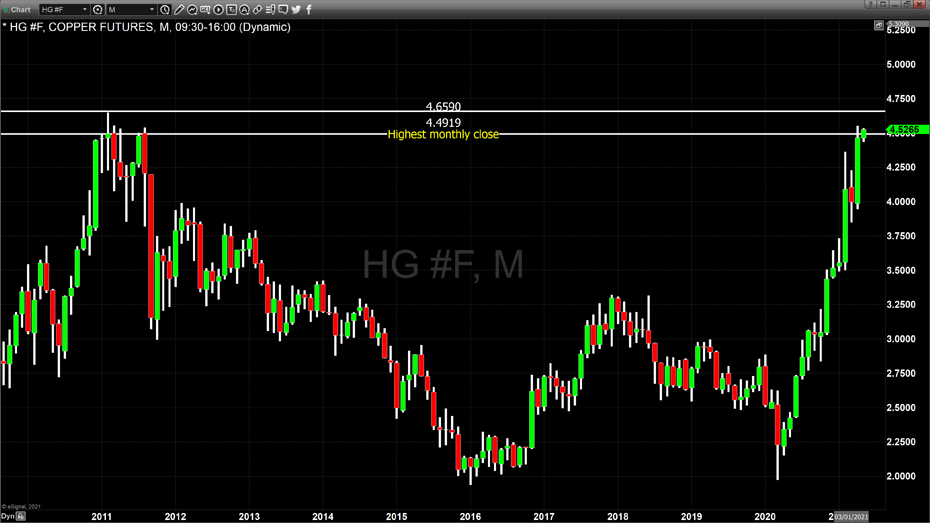 According to MarketWatch, commodity strategists at Bank of America acknowledged that "The world risks "running out of copper" amid growing demand for the metal, paving the way for a spike in prices just as the global economic reopening gets under way."

In fact, according to this report, current inventories, which are measured in metric tons, now stand at a level seen 15 years ago. This, according to the report, implies that current stocks will only cover 3.3 weeks of demand, and as such, Bank of America strategists believe that the price of copper could rise to 13,000 per metric ton, which amounts to $5.89 per pound in the upcoming months. They're forecasting that the copper market's deficits which are seen as drops in inventory, will continue through 2022.