Yesterday's remarks made by U.S Treasury Secretary Janet Yellen spoke about the current status of interest rates in regards to the Federal Reserves' commitment to maintaining extremely accommodative Fed Funds rates set between 0 and ¼%. To paraphrase, she said that interest rates in the United States might need to rise to prevent the economy from overheating. Yellen said that the overheating is a direct result of the current administration's economic investment programs become enacted.

"It may be that interest rates will have to rise somewhat to make sure that our economy doesn't overheat, even though the additional spending is relatively small relative to the size of the economy," she said in taped remarks to a virtual event put on by The Atlantic. "It could cause some very modest increases in interest rates to get that reallocation, but these are investments our economy needs to be competitive and to be productive (and) I think that our economy will grow faster because of them." 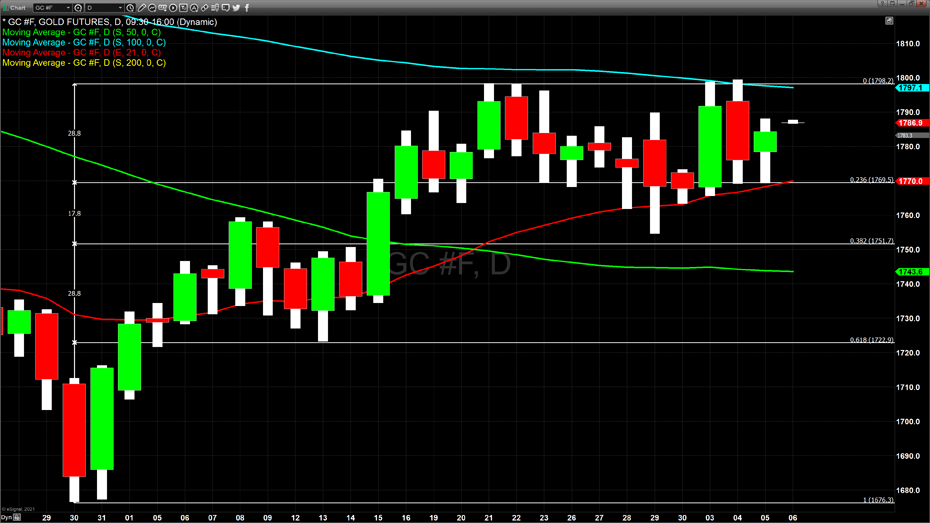 She explained the massive amount of fiscal stimulus with an outlay of $4 trillion in 2020 and $1.9 trillion to date this year, and when coupled with President Joe Biden's proposed "American Jobs Plan," it could add even more debt to the ballooning national debt the currently exists. However, the administration has explained that there would be no cost to middle-class Americans, many advocates of his initiative to leave that the cost cannot be covered by raising taxes on corporations and the wealthiest alone. In fact, it is believed that it would further add to our national debt, which is now at record levels.

That caused gold and silver pricing to sustain a large drawdown in trading yesterday and today. Yellen clarified her remarks when she spoke at the Wall Street Journal's CEO Council summit. She said that she was not recommending or predicting that the Federal Reserve should raise rates. Furthermore, she said that she does not see a sustained problem for the economy as it bounces back from Covid-19 and therefore does not anticipate inflation being a problem.

On a technical basis, the facts remain that gold has been mired in an extremely narrow range with current support at the 21-day exponential moving average, and resistance currently at a harmonic (a harmonic is when different technical studies occur at the same price point) which occurs at the 100-day moving average currently fixed at $1797.10 and $1800 which is a key psychological level. Gold has traded in this to find a narrow range over the last 15 trading days and continues to move sideways.

Today's statements by Janet Yellen, in attempts to clarify her statements made yesterday, did move gold higher by approximately $10. It is currently fixed in Australia, up to $2.60 at $1786.90. This is still shy by $13 of major resistance at $1800. All things being equal, it will take a dramatic fundamental shift or a dramatic change in market sentiment to move gold pricing above or below its defined range.