Since the end of March and the beginning of April 2021, traders have witnessed gold pricing begin a price advance after reaching a double bottom at $1675. The first of the double bottom’s occurred during the first week of March and then trading back to that price point on March 31st. What followed was over a month of strong price advances that unfolded as a stairstep pattern in which gold prices would advance and then consolidate trading sideways at that new higher price level.

On the chart that we have included in this article, we have added a basic Fibonacci retracement which begins at the record high of $2080 down to the double bottom at $1675. The first part of the rally took pricing to the 23.6% Fibonacci retracement, which occurs at $1771.80. Concurrently gold prices had broken above both the 21-day and 50-day moving averages. Following this $100 gain in gold prices began to consolidate and trade sideways for approximately two weeks which lasted till the end of April. 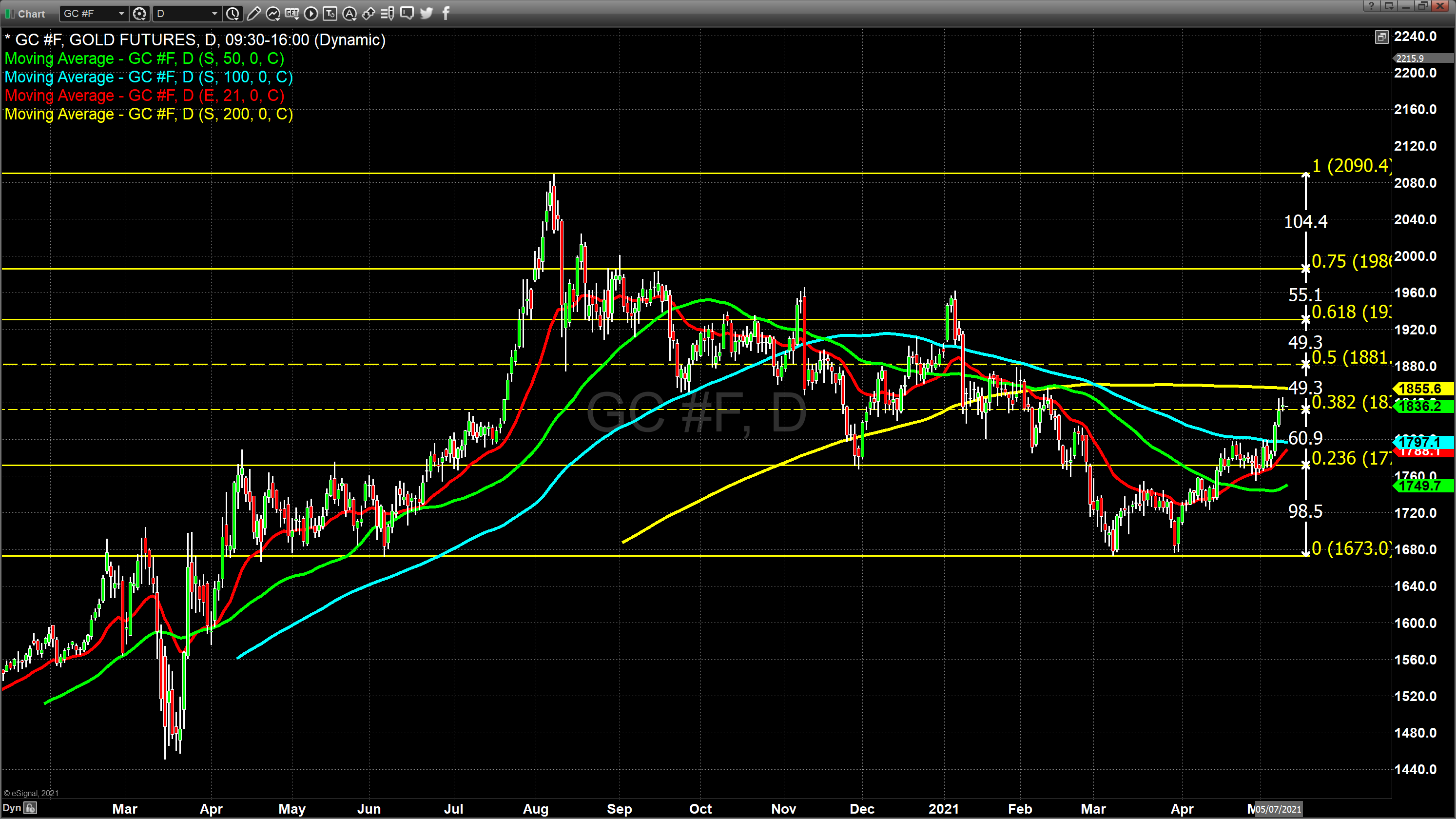 On May 3, prices began to move in almost a parabolic manner in which we saw gold prices rise of $1775 to current pricing at $1836.90 in just under one week. This took current pricing above the next major Fibonacci retracement level of 38.2%, currently fixed at $1832.80. On Friday, May 7, gold hit an intraday high above that key Fibonacci level; however it was unable to sustain that price point on a closing basis. That changed today when market forces opened and closed above $1882.

Based upon our technical studies, the next real target for potential resistance occurs at the 200-day moving average, which is currently fixed at $1855.90. Data from the Commodity Futures Trading Commission was reported by Niels Christensen, editor at Kitco news, which revealed that “Hedge funds are still a little reluctant to jump into the gold market even as they reduced their bearish bets with gold prices pushing back above $1,800, according to the latest data from the Commodity Futures Trading Commission.”

A move by the large hedge funds into gold could certainly take the precious yellow metal well beyond $1900 per ounce.