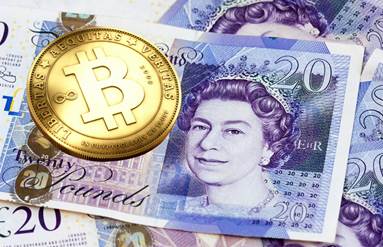 Central banks continue to come out of their respective corners, swinging hard, trying to slow down the growing cryptocurrency market.

The cryptocurrency market is seeing explosive growth as consumers look for alternative methods to purchase goods and services while preserving their wealth, and central banks are feeling the pressure..

His comments come as data continues to highlight the fact that merchants and consumers around the world are using cryptocurrencies as a means of exchange.

And now, the Governor of the Bank of England has jumped into the debate. May 6, during a press conference, the BoE's Andrew Bailey provided some very stark criticism of digital currencies.

"I'm afraid crypto and currency are two words that don't go together for me," he said when asked about bitcoin. "They have no intrinsic value."

He also noted that consumers should only buy digital currencies, "if you're prepared to lose all your money."

Bailey comments come after the leading crypto Bitcoin became the sixth largest currency in the world in April, overtaking the British pound.

Just like Powell, Bailey is missing the point of the growing crypto-economy. The reality is that millions of people around the world see value in this market and are using them as a global means of exchange.

But this is not unique; the growth seen in the U.K. is in line with other data CoinPayments has aggregated from around the world.

While Bailey is quick to downplay the growing importance of digital currencies, the Bank of England isn't able to ignore that value being created in the marketplace. Last month, the U.K. Treasury and the central bank announced they will launch a new joint task force to explore the pros and cons of creating a 'Britcoin' - a central bank digital currency for the U.K.

Globally, the total market value of the entire crypto-economy has ballooned to $2.4 trillion from $844 billion in January 2021, nearly doubling since the start of the year. 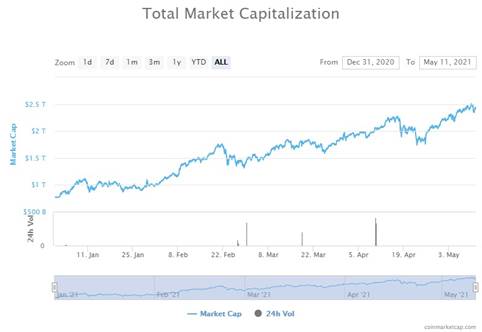 According to many market analysts, the value will continue to grow as consumers and businesses look for ways to protect their purchasing power as the threat of inflation weighs on market sentiment.

Sticking with the United Kingdom, British consumers have seen the purchasing power of the pound hovering around 0.7 against an international dollar for the last decade, according to data from the Organisation for Economic Co-operation and Development (OECD).

With consumers continuing to see their wealth being eroded by inflation and government currency being debased, it is not surprising to see the growing appetite for an alternative.

Digital currencies are filling a much-needed gap in the global economy as an essential medium of exchange.