Today the Bureau of Labor Statistics reported a tremendous and unexpected spike in inflation. That data sent shockwaves through the financial markets across the board. U.S. equities were hit hard, with the Dow Jones industrial average losing 68.50 points which is a net decline of -1.99%. The S&P 500 as well as the NASDAQ composite both gave up over 2%, with the largest decline in the NASDAQ composite of - 2.57%.

According to the report, inflation rose by 0.8% in April, which means that inflation is currently at 4.2% on an annual basis. The last occurrence of inflation at this high level was in 2008. The report indicated that this massive increase was largely due to higher pricing in used cars, trucks (a price increase of 10 %), as well as food. The price of used vehicles has seen the greatest price increase since the government began to collect data in 1953. This alone accounted for one-third of the income increase in the main CPI.

The core index, which excludes food and energy costs, rose by 0.9%, which is up 3% for the year.

There is a large camp of economists that believe that any sudden spike in inflation is the net result of temporary factors, which include supply-chain interruptions, the temporary shutdown of Colonial pipeline due to a ransom where attack and a drive to quickly reopen and economy battered by the pandemic, this according to U.S. news.

In a daily email from BCA research, considered to be one of the world’s leading providers of global macro research since 1949, said that “Fears about inflation are not out of order. Chinese producer prices spiked in April, raising the risk of imported inflation. Tuesday’s (National Federation of Independent Business survey) showed that the share of owners raising average selling prices increased to a net 36% in April – the highest since 1981.”

The economic fallout from this report was a rise in the 10-year treasury notes taking yields to an eight-week high. Currently, the 10-year note is yielding 1.699%, gaining seven basis points from the open when notes were fixed at 1.693%. 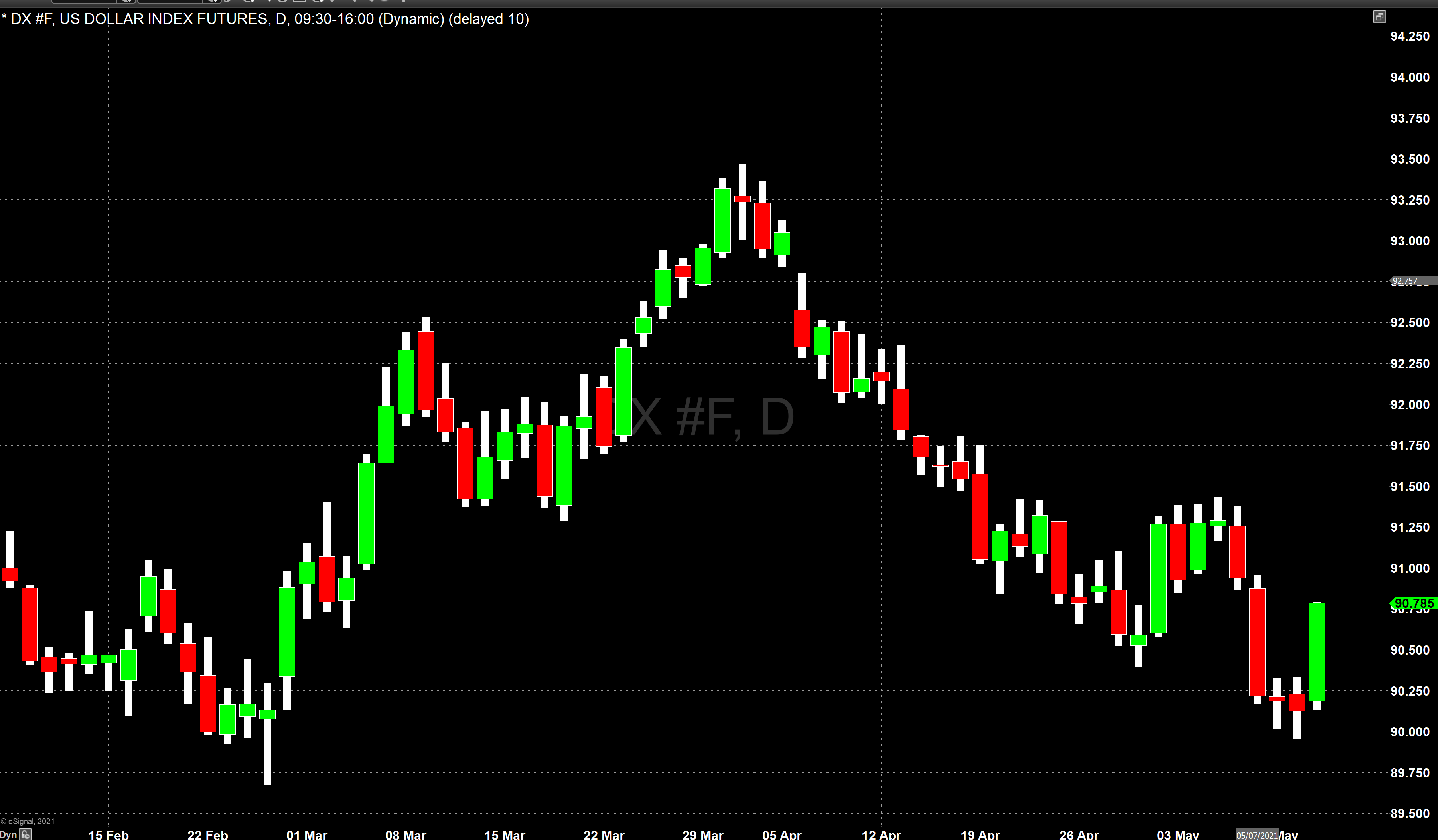 Gold futures incurred a strong selloff trading to a low today of $1813 before recovering slightly. A tremendous factor to today’s decline in gold besides higher yields was dollar strength which gained approximately three-quarters of a percent and is currently fixed at 90.785. 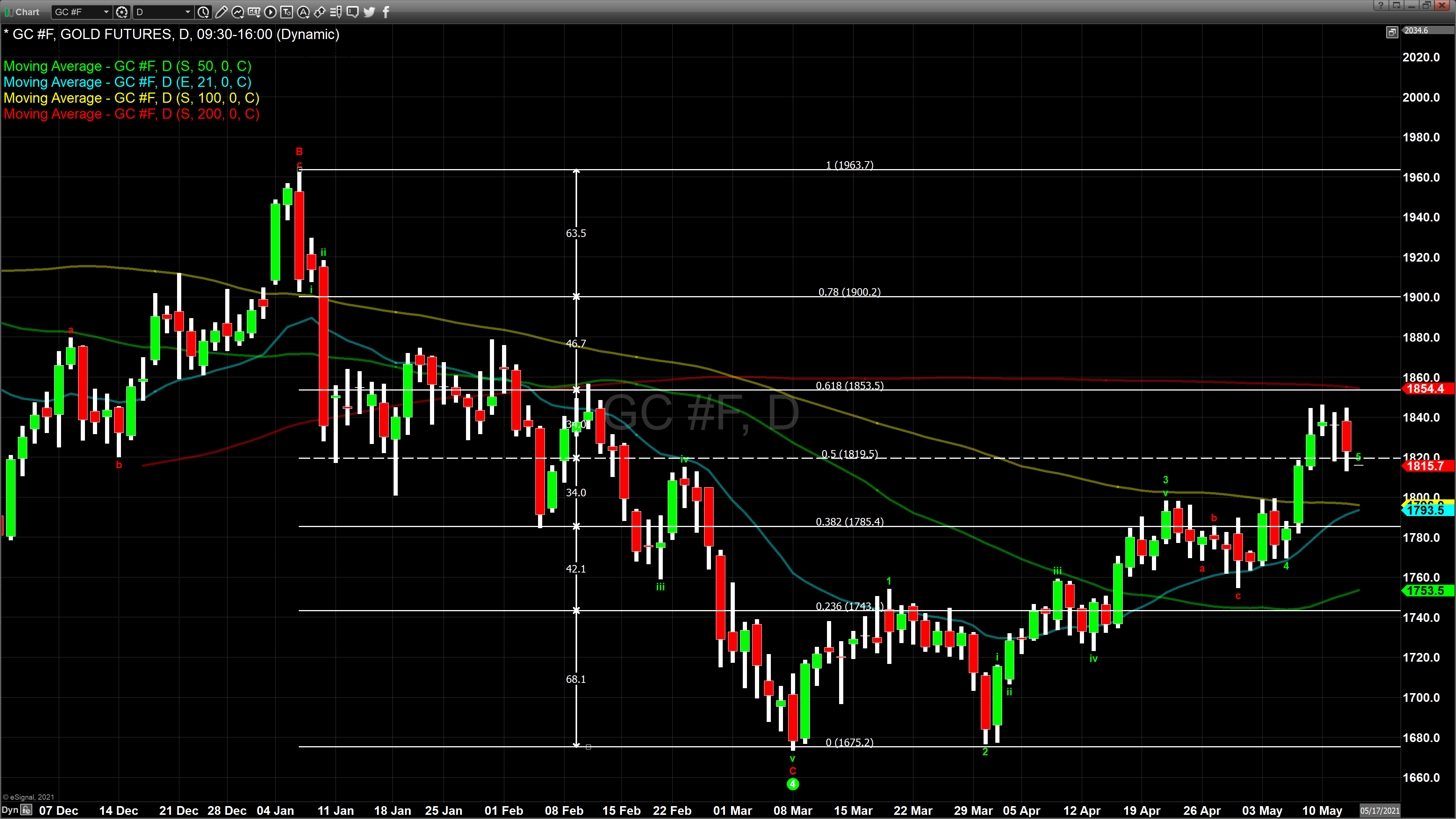