Traditionally gold has reacted to inflation with a direct positive correlation. In other words, higher inflation would typically create bullish market sentiment for the precious yellow metal. Yesterday's report by the Bureau of Labor Statistics indicated that inflation rose by 0.8% in April, which takes the annual inflation rate to 4.2%, which is the highest level of inflation seen since 2008. The quandary is why gold sold off so dramatically in light of fundamental events that would typically result in the opposite reaction by traders and market participants.

The report did create havoc in the financial markets taking U.S. equities lower, U.S. debt instrument yields higher, and a strong move to the upside in the U.S. dollar. In fact, the dollar gained roughly double the percentage drawdown that occurred in gold pricing.

One possible explanation was that the uptick in inflation occurred primarily due to a massive increase in the cost of new and used cars and trucks. The data indicated that the cost of a new or used automobile or truck increased by approximately 10%. The primary reason for such a dramatic increase in a short period of time was a supply issue based upon a shortage of microchips needed in automobile production. As such, this supply-chain issue will most likely be temporary in nature and therefore was viewed in a much different way. However, the other component was increase costs in food. That being said, there is also a supply-chain issue, but food costs could continue to maintain a higher price point for a longer period of time and have a sustained and systemic impact on the inflation rate.

There is a camp of economists that believe that the concern regarding rising inflation is legitimate and a reason for real concern. As we spoke about yesterday, BCA research, considered to be one of the world's leading providers of global macro research since 1949, said that “Fears about inflation are not out of order. Chinese producer prices spiked in April, raising the risk of imported inflation.”

While the dollar did show mild strength today, it was only a fractional gain of +0.03%, unlike yesterday's 0.75% gain. Concurrently yields for the U.S. 10-year Treasury note dropped slightly from 1.693% to 1.657%. The combination of a neutral dollar and lower yields moved market sentiment away from the selling pressure we saw yesterday, with gold futures posting a modest gain. 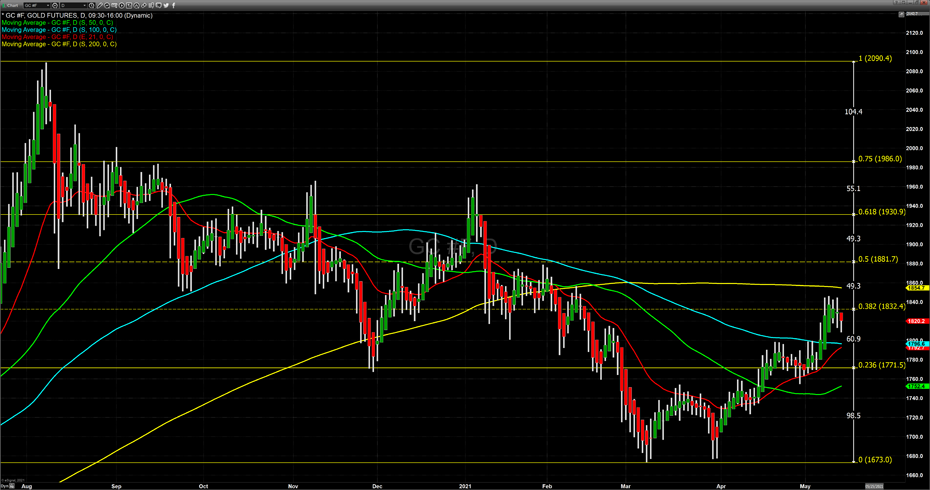 Gold futures incurred a strong selloff yesterday, trading to a low of $1813, recovering approximately $20 from those lows by the close of trading in New York. This gave gold bulls the incentive to buy the dip, believing that yesterday's selloff might, in fact, be a one-and-done occurrence. 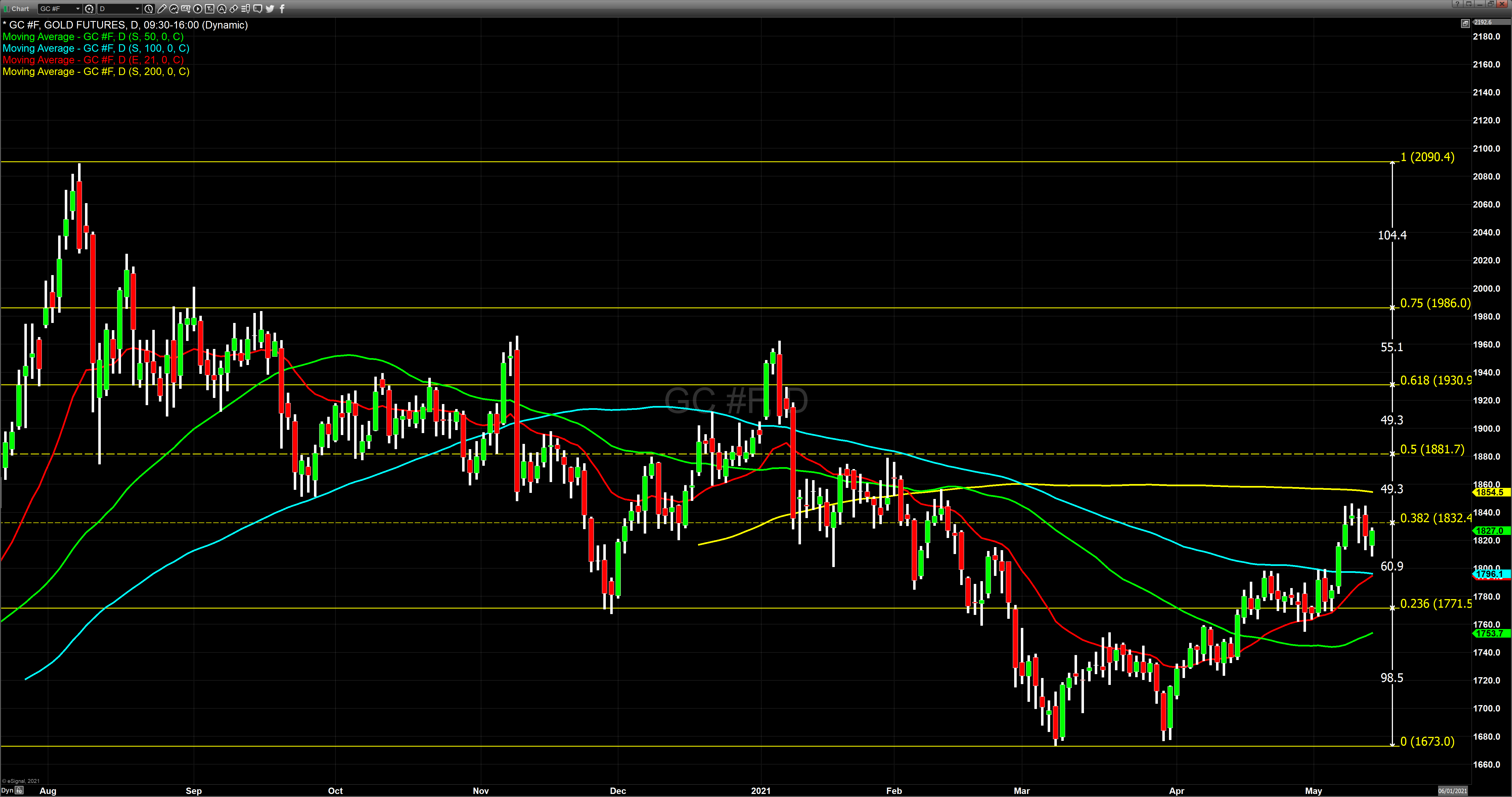