Are Stablecoins the next evolution of the crypto market for consumers? 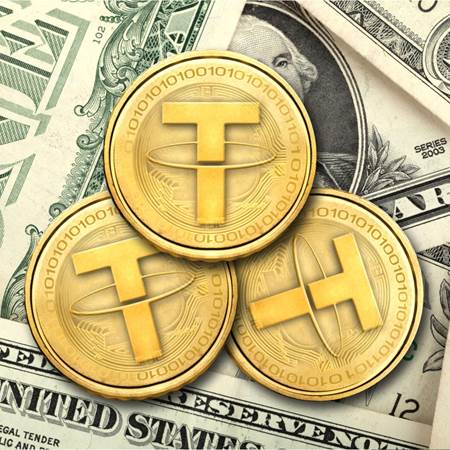 Volatility continues to dominate the cryptocurrency market, and it's taking a toll on consumers and merchants looking for stable forms of currency and payment systems.

The massive price swings in leading digital currencies like bitcoin and ethereum even prompted the Federal Reserve to release an unprecedented video statement to consumers last week.

"Cryptocurrencies have not served as a convenient way to make payments, given, among other factors, their swings in value," Federal Reserve Chair Jerome Powell said in the statement.

However, as the Fed starts looking at developing its own Central Bank Digital Currency (CBDC), it does see potential for stablecoins, which are digital currencies that are linked to another asset like the U.S. dollar or gold.

"These stablecoins aim to use new technologies in a way that has the potential to enhance payments efficiency, speed up settlement flows, and reduce end-user costs—but they may also carry potential risks to those users and to the broader financial system," Powell said. "As stablecoins' use increases, so must our attention to the appropriate regulatory and oversight framework."

In one week, Bitcoin, which is entirely driven by speculation, has seen its market value drop by $1 trillion; however, stablecoins, as their namesake suggests, have seen relatively low volatility; they have been an anchor in a sea of uncertainty.

Daily transaction data from CoinPayments shows that stablecoins have attracted more attention from consumers and businesses since the start of the month.

"We don't always agree with the Federal Reserve when it comes to opinions about the cryptocurrency market, but Powell's comments on stablecoins - which are sometimes linked to the value of the U.S. dollar - is a positive development for this nascent global payment system," said Jason Butcher, CEO of CoinPayments. "I have noted before that we think the future of the currency market will be tied to the advancement in regulation as well as the further development of stablecoins and central bank digital currencies."

Looking at some stats compiled by CoinPayments, the stablecoin market has seen its average daily transaction value hold steady around $2.3 million since the start of the year.

So far in May, the average daily transaction value for stablecoins has increased to $2.9 million, up 7% from last month.

Meanwhile, bitcoin's daily average transaction value since the start of the year is around $16.8 million. So far in this month, the leading digital currency has seen the average value of global transactions fall to 13.3 million.

Even as bitcoin recovers from its nearly 50% drop from its highs, we expect consumers and merchants will be looking for less volatile digital currency payment systems.