Gold prices tumbled following the ADP private sector’s jobs report, which came in well above analysts’ expectations. Economists surveyed by the Wall Street Journal had predicted today’s ADP report would indicate an increase of 680,000 new private-sector jobs added in the U.S. in May. The actual number came in closer to a million, with the report showing that private sector employment for new jobs added in the month of May came in at 978,000. 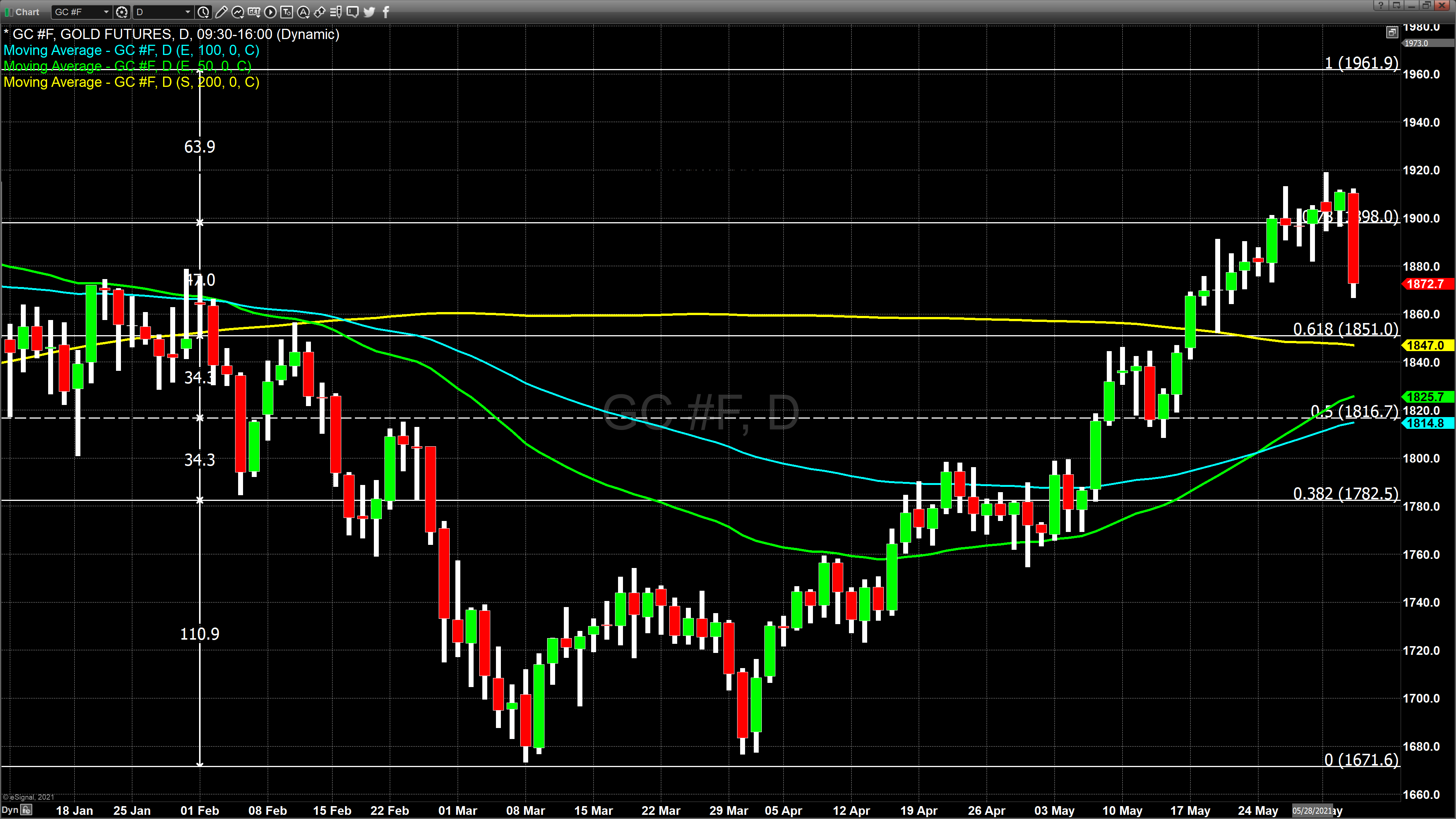 Many traders and analysts believe that today’s ADP report might be a precursor to a rebound in nonfarm payrolls for May, reported and released by the U.S. Labor Department tomorrow. Economists have estimated that new jobs in May would grow by an increase of 671,000 jobs. That is a massive increase from the tepid jobs report last month, which came in at 266,000.

As reported by MarketWatch, “The ADP survey is a poor bellwether month-to-month historically for the government’s official employment report, but they are both moving in the same direction this year. Economists forecast an overall increase of 671,000 new jobs in May in the Labor Department data due Friday. The tally, to be released Friday at 8:30 AM. Eastern, also includes government workers.”

The robust jobs report coupled with dollar strength put intense selling pressure taking gold’s most active August 2021 Comex contract to an intraday low of $1866.70 before somewhat recovering. As of 4:30 PM EST, gold futures are currently fixed at $1872.70, a net decline of $37.20 (-1.95%) in trading today. Silver also declined by 2.44%, a total of approximately $0.69 to $27.515. the precious metal complex as a whole was hit hard today with a swift and sudden correction.

On Tuesday, June 1, gold traded to an intraday high of approximately $1920. This following the extended three-day holiday weekend in the United States, Memorial Day. The last time gold opened above that price point was January 7 of this year. Scarily similar to today, futures sold off hard on the following day. On January 8, gold opened just below that price point and then tumbled, closing at $1835 an ounce.

On a technical basis we show that gold is still in a defined long-term bullish market with both spot and futures pricing trading well above their respective 200-day moving averages, which is also where we believe there is current support. Our support levels for gold futures begin at $1851, the 61.8% Fibonacci retracement, down to $1847, which is the current fix of the respective 200-day moving average.