Per last week's piece, you know that Gold settled the month of May at 1904. We next see it settling this month of June nearer to 1800.

Admittedly 'tis, Squire. Akin to "The sun shall rise at month's end somewhere between midnight and noon." But the point is: we see Gold entering a bit of a June swoon, however not sufficiently negative to nix our "2401 in 2021" tune.

Gold has had a great run of late, encompassing a 14.7% rise across just 60 trading days (from 1673 on 08 March to 1919 on 01 June) which is an annualized pace of 61.8% (yes, the "Golden Ratio" rate!!) As well, price has returned to where it started the year 'round the Big Round Number of 1900, which by some analysts and algorithms is cause for pause. And as we'll see deeper down in this missive, Gold's "linear regression uptrend" is just now beginning to run out of puff. Moreover, June historically is at best a fairly namby-pamby month for our yellow metal.

Millennium-to-date, Gold has endured (for those of you who properly know how to count) 20 full months of June: 11 of those have resulted in negative net changes and 9 of those positively so. Gold's worst June therein was -12.2% in 2013 and the best was +8.7% in 2016. Apply that range from 2021's May settle at 1904 and we'd likely find Gold at the end of this June somewhere between 1672 and 2070. Refining that too-wide zone by assessing Gold's recent pricing structure and the low-to-mid 1800s seem a reasonable area in which to settle June. Too, the Junes of both 2019 and 2020 were positive ... but across the past 46 years, Gold has never recorded three consecutive positive Junes.

'Course, records are made to be broken and we hope we're wrong such that Gold completes June above 2000 ... but as the numbers don't lie, 'tis those we go by.

Now not to get too deep into the numerical weeds as we proceed to Gold's weekly bars from one year ago-to-date, but the rightmost bar recorded both a "higher high" and a "lower low" than in the prior week. Traders refer to that as an "outside week" such that perhaps a trend change (presently up) is nigh. So we checked and found that across all the parabolic Long trends since 2019, following an "outside week" Gold's price was on average 52 points lower within the ensuing four weeks: which applied to this instance with Gold having settled yesterday (Friday) at 1894 would find price by month's end having traded at 1842. That's supports our "nearer to 1800" notion. (Again we hope we're wrong). Still, the slope of the declining dashed trendline in the below graphic is rotating a bit more negatively, the level at its rightmost tip being 1806:

'Course more broadly, Gold by its daily closes for nearly 10 years-to-date looks great, even given the overhead structural resistance to which we've regularly pointed in recent missives. But upon a close above the All-Time High of 2089 (07 August 2020), Gold can be off like a rocket toward our 2401 upper line. Indeed from a June swoon to then the moon would be lovely:

Now to the Economic Barometer -- the quote at its upper left courtesy of Dow Jones Newswires (02 June) -- with respect to which we repeat that penned in the 10 April 2021 of The Gold Update: "...we don't see the economy post-COVID going upside gonzo nuts . It already has...":

Rather, it looks fairly in context with like up bumps viewed in the Econ Baro since its inception back in 1998. Or to use the current lingo: "Nothing to see here..."

"But mmb, people are getting back out into areas that boost the economy..."

Exactly right, Squire, and in so doing, they're abandoning the substitute economic impetus engaged during the COVID period. Remember: beyond the macro measure of the Gross Domestic Product, folks adjusted their economic activities such that the vast micro measures essentially kept right on going. People kept working, they kept eating and overwhelmingly they kept online ordering anything and everything. And to fill any gaps, they keep receiving dough from Uncle Joe. "Got Gold?"

To be sure, in a week dominated by various measures of employment, month-over-month, May's numbers improved, albeit Hourly Earnings slowed ("Hey, isn't inflation supposed to pay me more?"). Yes, but stagflation doesn't. And did you see April's growth in Construction Spending? 'Twas but one-fifth the rate in March. And did you see April's growth in Factory Orders? Or wait, sorry: instead they shrank 0.6% ... (but don't tell anybody).

As for the FedHeads, PhillyFedPrez Pat "The Hawk" Harker joined his mates Clarida and Kaplan in the lean toward reducing asset purchases. But then prescient as he oft is, NYFedPrez John "It's All Good" Williams countered such talk of paring stimulus, indeed so speaking within a day of May's Payrolls missing the expectation mark. Nice call, Johnny.

So upon the release of the "weak" jobs number, money on Friday poured across the board into all of the BEGOS Markets (Bond, Euro/Swiss, Gold/Silver/Copper, Oil and the S&P 500). For the Fed punch bowl looks to remain full, which in turn ought redound (dare we even mention this) to an all-time high in the new week for the S&P ("It hasn't crashed yet?"). Even as our live price/earnings ratio remains above 50x? Even as President Biden proposes the leap in the capital gains tax to be retroactive? Even as his $6 trillion spending plans have a tax shortfall of $2.6 trillion? Hello Federal Reserve? Note to self: a June swoon notwithstanding, again, "Got Gold?"

Next to our proprietary analytics, first for Gold via this two-panel graphic of price's daily bars and "Baby Blues" trend consistency on the left and 10-day Market Profile on the right. And clearly you can see our near-term June swoon concern, the blue dots -- after ascending for the past three months in three beautiful waves -- now are in cascade formation coming off the top. Thus as mentioned earlier for Gold's recent pricing structure, the immediate support area looks to be 1846-1808. And by the Profile, sub-1873 would appear a drop quite sheer:

So second for Silver we've a similar, albeit more accelerative, picture. Her "Baby Blues" (at left) broke the key +80% level back on 25 May with price struggling about since that day. And by her Profile (at right), price settled smack on her most dominantly-traded level of the past fortnight at 27.90. How low might Sister Silver Go? We trust the 26s shall be the worst of her woe:

Thus Gold given our opening Scoreboard valuation today of 3853, we'll close with this from the "Currency Debasement Dept." This past week during a tennis hit with a fine acquaintance of ours whose career path was through Zambia, the following tale was recounted with respect to the nation's currency, the Kwacha. As the yarn unwinds, it seems that back in '77 during the early stages of the Carter Administration, then Zambian President Kenneth "KK" Kaunda was touring the U.S. and had the opportunity to attend with President Carter the Cape Canaveral launch of a Delta rocket. Carter proudly remarked to Kaunda, "That rocket cost us $35 million!" Kaunda then turned to an aide and asked "How many Kwacha is that?" The aide punched out the numbers on a calculator and replied: "All of them, Sir."

Which again begs our question: "Got Gold?" 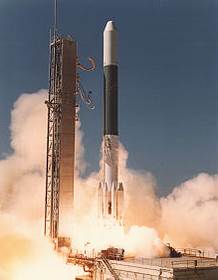 Bitcoin tops $40,000 after Musk says Tesla could use it again