Tomorrow at 2:30 EST, this month's FOMC meeting will conclude, which will be immediately followed by a statement and a press conference including a question-and-answer period by the chairman of the Federal Reserve, Jerome Powell. What information the statement conveys as well as Chairman Powell's press conference will illuminate the Federal Reserve's monetary policy in regards to their asset purchases and mandate to keep interest rates between zero and 25 basis points (1/4%). In addition, tomorrow's statement will have a new revised "dot plot," which will convey the updated timetable for interest rates in the coming years.

Currently, there are two basic camps with opposing assumptions and beliefs. Those that believe that it is time to begin talking about tapering. Economists and analysts in this camp believe that the fact that the Federal Reserve continues to buy $120 billion worth of assets each month has become bloated and is becoming unmanageable. Currently, the Fed buys $80 billion worth of U.S. debt along with $40 billion of mortgage-backed securities each month. The Federal Reserve's balance sheet has now swelled to a record high above $7 trillion. 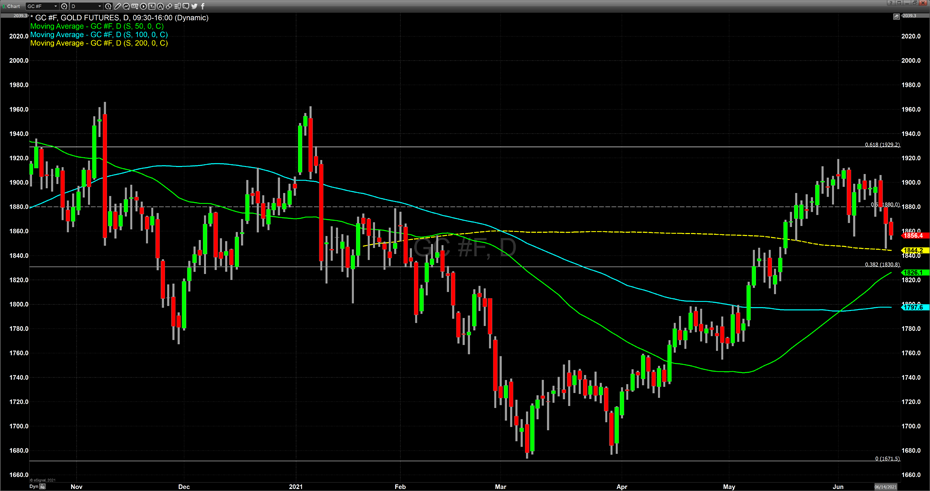 On the other side of the coin, some economists believe the Federal Reserve's official mandate of continuing to purchase assets at this level until the economy data instantiates "substantial further progress" in regards to its unemployment target as the United States emerges from a global recession as it recovers from the pandemic is necessary.

In terms of current Fed funds rates set near zero, the vast majority of the economy and analysts believe that it will remain at its current level at least until the middle of 2022 and could last through 2023.

Then there are the questions raised about the current tremendous uptick in inflation. The CPI data suggested an annualized inflation rate of approximately 5% last week. While the Federal Reserve maintains that the vast majority of these recent inflation advances will be transitory based upon the temporary issues brought on by the recession such as supply chain bottlenecks which have artificially inflated new and used automobile prices because of the lack of microchips to build new vehicles.

According to MarketWatch, "The Fed statement is widely expected to repeat the phrase that the pickup in inflation "largely reflects transitory factors." The Fed may drive this point home in its updated economic forecasts. In March, the Fed had core PCE inflation at 2.2% in 2021, 2% in 2022, and 2.1% in 2023. The 2021 forecast of core inflation is likely to rise but the Fed is expected to keep 2023 core inflation unchanged."

The article also mentioned that Rubeela Farooqi, chief U.S. economist at High-Frequency Economics, wrote "she wouldn't be shocked if Powell set out conditions for "substantial further progress." This would go a long way toward removing uncertainty about when the Fed might reach the threshold."

One of the primary concerns is whether or not the fed and Chairman Powell will emphasize that their monetary policy is still "a long way" from its goals which will require 'some time' for substantial further progress.

At least one analyst, Jim O'Sullivan, believes that the longer you leave their current policy in place the bigger deal it is when you drop it. However, the Fed has stated emphatically that they will be transparent and give the public clear and concise information as to when they begin to taper. O'Sullivan believes that the Fed will show "patience and not start tapering until next March."

If that is the core concept revealed in tomorrow's statement and press conference that the Federal Reserve will continue to show patience, it would be extremely bullish for gold and could take it back above $1900 per ounce.