Gold futures experienced the largest percentage drop, even bigger than January 8, 2021, when market forces drove the precious metal 4.18% lower. Currently, gold futures basis, the most active August contract, is trading at $1770.90, a net decline of $90.50 or 4.85%.

This follows yesterday's $43.80 decline, which occurred after the FOMC meeting had concluded, the Fed statement was released, and Chairman Jerome Powell held his press conference. There were two primary changes to the Federal Reserve's mandate in regards to their current monetary policy. First, the "dot plot" revealed that voting members felt it was prudent to forecast two interest rate hikes in 2023 rather than one. But it was also that they began to "talk about talking about" tapering.

Yesterday's substantial decline in gold prices was not a "one and done of event". This major selloff was in response to the FOMC and Chairman Powell's statements. The Federal Reserve left interest rates near zero and is forecasting to keep the current Fed's funds rate until at least the end of 2022. They also signaled a possible timeline to begin tapering which is now believed to be as early as March of next year. 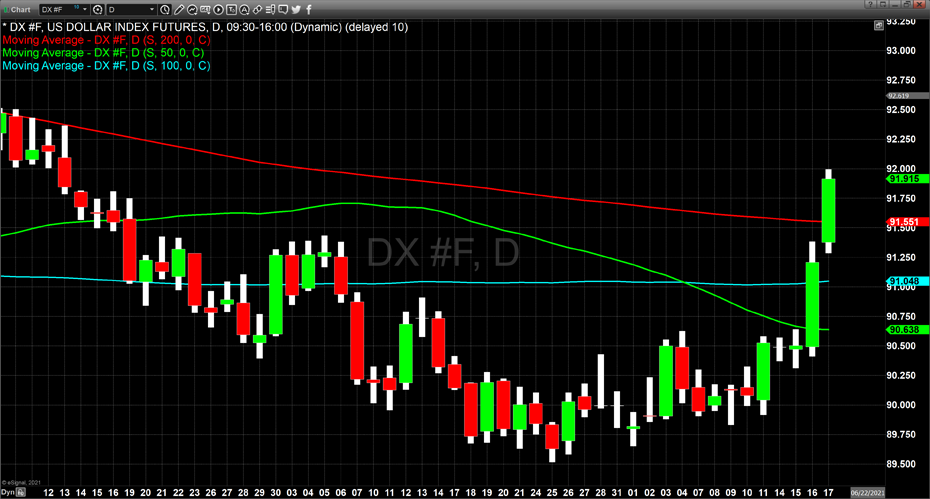 Concurrently the last two days resulted in a strongly fueled rally in the U.S. dollar. Considering that the dollar opened at 90.15 yesterday and closed at 91.92 today, gaining almost 2% (1.963%), today's move accounts for almost the total year-to-date gains of the dollar index, which is 2.2%.

Dollar strength was certainly a contributing factor to gold's sharp selloff over the last two days. Still, gold's drop of almost 5% today demonstrates that selling pressure accounted for the vast majority of gold's two-day price decline from $1860 to $1774. 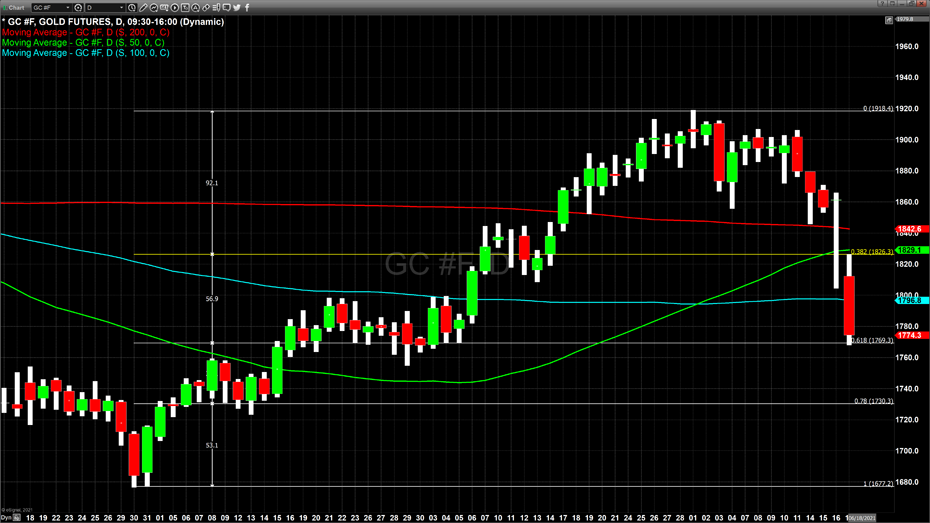 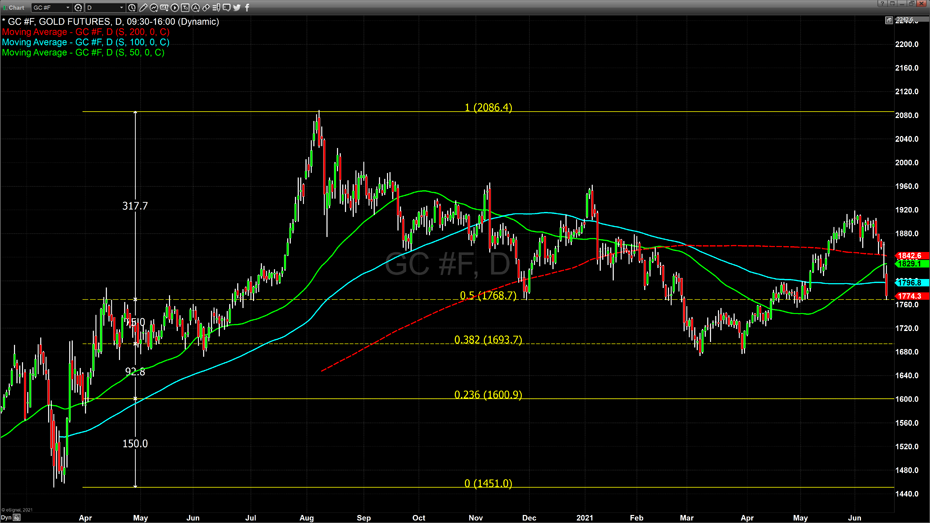 Gold as a haven asset has lost some luster and could trade to the price points mentioned above. However, the industrial metals also sold off strongly over the last two days of trading. As a response to the Fed's statement, copper might become oversold.

A time to look at copper, not yet, but how it differs from the haven group

While copper prices have also dropped sharply mostly as a direct result of efforts by China to dampen the current rally in commodities. In response, they have released copper from their state stockpiles after copper hit a 13 year high. According to Dow Jones Newswires, "As the world's biggest buyer of a range of industrial commodities, China is using its market heft to try to quell the sharp rise in global metal prices over the past 12 months, including a 67% surge in copper, a bellwether for macroeconomic health. Economic stimulus measures and a broad resumption of global economic activity from pandemic lows have spurred a spree of buying in China and elsewhere."

However, demand for copper as economies worldwide recover from the global recession will continue, and the shrinking supply will at some point pressure copper prices to move higher. 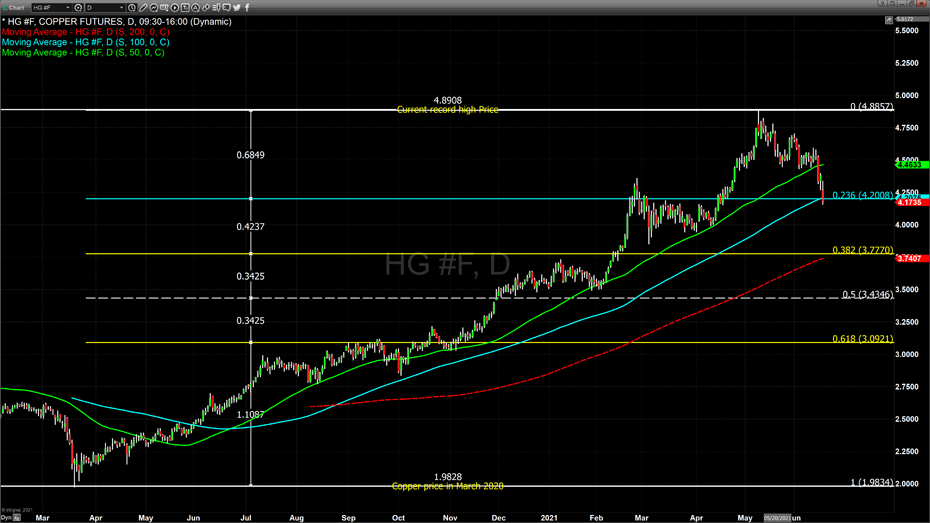 Simply put copper demand will continue to grow and the supply to meet the demand will come slowly at best. According to Barron's.com, "Catching up with copper demand, however, will prove to be a challenge. It takes roughly 10 years to build a new copper mine and years just to expand an existing one, so even if copper were at a whopping $10 a pound, a "meaningful supply response would not be possible in the near term," Fine says. If copper demand persists or accelerates, it is "already too late" for the mining industry to meet that level of demand, he adds. A "meaningful shortfall" is assured unless demand collapses."

The fundamentals will, at some point pressure copper back into a strong rally.