The last trading day of the first half of 2021 concludes, and gold incurs losses

Now that the last trading day has concluded for the second quarter or first half of 2021, it is clear that gold had a difficult time incurring lower pricing over the last six months. Gold futures opened at $1954 on the first trading day in January and closed today at $1770.60, suffering a drawdown of $184. That means that gold lost 9.416% in value over the first half of 2021. 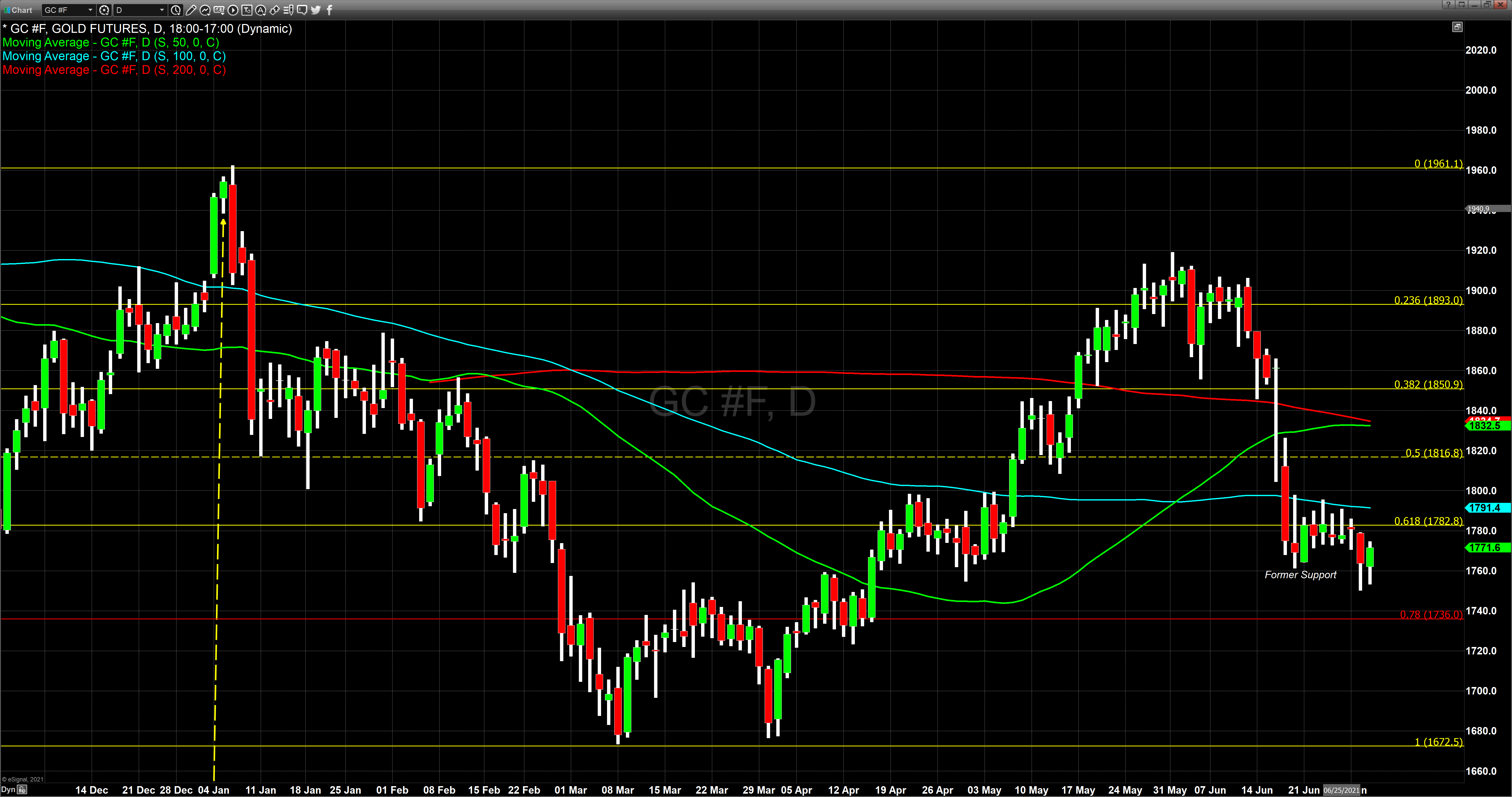 Headwinds from dollar strength, a flight into the cryptocurrencies during the first quarter of 2021, higher yields in U.S. debt instruments, and a strong U.S. equities markets all contributed to gold’s price demise during the first half of this year.

Both the NASDAQ Composite and Standard & Poor’s 500 were extremely strong, closing at or near record levels by the close of trading today. The S&P 500 closed at a record high, with the NASDAQ composite closing slightly lower on the day after hitting a record high close earlier this week. According to Dow Jones data, the three major U.S. stock indexes recorded the best two-quarter performance since 2019.

The precursor to Friday’s U.S. Labor Department’s jobs report is the ADP (Automatic Data Processing) private sector came in today, indicating that 690,000 private-sector jobs were added from May to June. Economists polled had forecasted that the ADP report would indicate between 550,000 and 600,000 new jobs created. Obviously, the actual numbers came in well above economic forecasts. Concurrently the May numbers were revised down to 886,000 jobs from the original number of 978,000. The service sector was the primary recipient of new jobs with gains of 624,000, with good producing jobs coming in at 68,000.

It is currently believed that the ADP numbers are quite in line with expectations for the U.S. Labor Department’s nonfarm payroll, which will be released on Friday. Currently, the forecast for Friday’s jobs report is an additional 706,000 new jobs added. If the jobs report comes in in line with economic forecasts, it would indicate an uptick from the 559,000 new jobs reported by the Labor Department in May 2021. The forecast for the unemployment rate is looking for a downtick from 5.8% to 5.6%. Considering that the unemployment rate in June 2020 was at 11.1%, a large part of our unemployed workforce has returned after finding gainful employment.

While the ADP jobs report is a precursor to Friday’s U.S. Labor Department report, it is not always a great indicator of the numbers that will be revealed on Friday. However, it has been more than just jobs filled in the United States that has pressured gold pricing lower over the first half of this year. As we spoke about at the beginning of this letter, it has been a combination of multiple fundamental factors that resulted in an almost 10% decline in gold pricing. What will occur over the second half of 2021 is hard to estimate. A main factor and focus will be how hot inflationary pressures get. Although the CPI has grown to a 5% inflationary rate, and the PCE is now almost double the mandate of the Federal Reserve at 3.9%, inflationary pressures could most certainly be sustained and not temporary as the Fed continues to insist they will.