The phrase "All aboard!" is said as a warning before departure, and we find it fitting in how we see the physical Silver market unfolding. We do not claim to know the extent of the Basel 3 effect. We don't know the precise short-term price movements due to large amounts of shorts being dumped by big players. And we also can not foresee the outcome of central banks aligning in CBDCs releases and how Russia and China fit into that Swiss clock mechanism. We are natural speculators. We base our bets on low risk. Why we are so bullish on Silver is the compounding of all these news items getting compressed released. Silver prices should be much higher than they are. Silver, all aboard.

We find various cycles aligning, both historical time cycles and price trading cycles. When inter-market inflection points fall in place in addition, we know sooner or later the train will depart.

It will be of little consequence what final match will launch the rocket thrusters, but you do not want to be late for the firework. 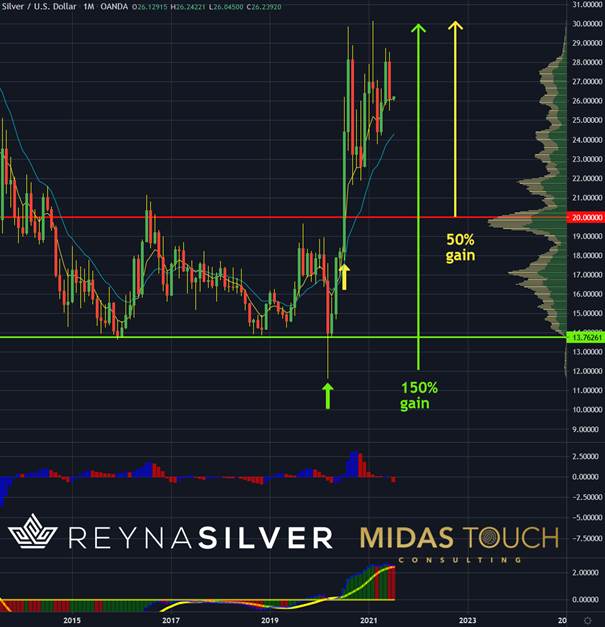 When we last year advised physical silver purchase at US$12.00, it took only two days until the spread from spot prices versus actual physical silver acquisition prices spread wide open. This spread reached eventually beyond a 25% difference. Quickly small denomination coins were sold out as well.

The early entry provided a 150% gain compared to the multiyear range breakout with 50% gains. The significant difference is risk. A breakout scenario always carries inherent risk and on a typically already volatile trading instrument like Silver especially. 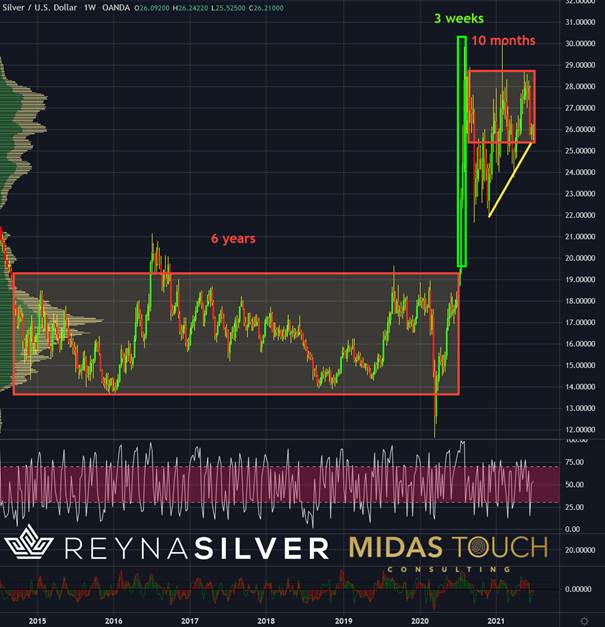 Furthermore, when silver moves, it moves quickly. If entry prices move away quickly, it represents a risk: the later your move, the more comprehensive your stop.

The weekly chart above shows how prices doubled in just three weeks. Trading along with the crowd (confirmed late entries) isn't the game, and the term "you snooze, you lose" comes to mind. With the physical acquisition comes a whole other bag of flees along. Nibbling at least on a small position size at an earlier stage might be the more advisable course of action. Should you then miss the train, you still have some skin in the game. 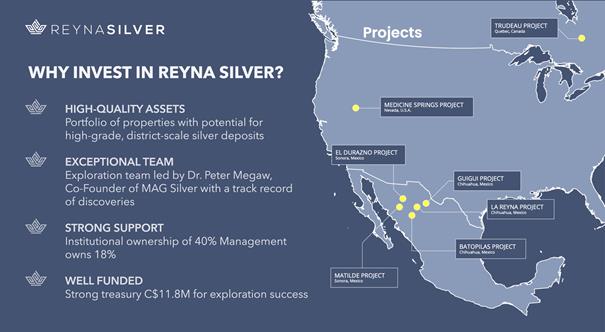 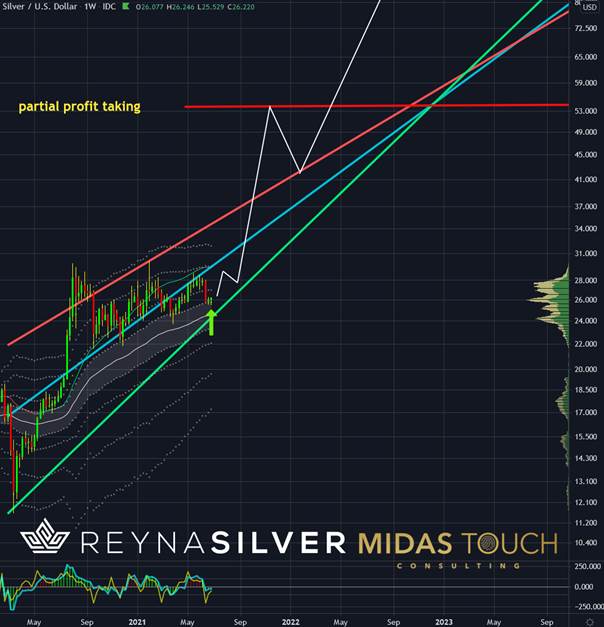 From a large timeframe perspective, there are risks as well. With Gold trading at high levels per ounce and an evident demand of banks and other prominent players, Gold could become unaffordable for small retail investors. This would force typical gold investors to look for the next best thing, Silver.

While many boast spectacular targets with precise numbers, we try to stay humble not to evoke unnecessary emotions (greed, fear of missing out), hindering trading. A simple study of second legs in Silver and related markets as a sum typically is approx. 2.3x factor of the first leg (US$11,64 to US$30.09). This suggests a good risk/reward ratio.

Our confidence about a substantial Silver move stems from the fact that historically news-loaded congestion zones break eventually for significant price changes. We find that both, fundamentals and technicals, point towards a second-leg development that could be nothing short of astounding in price movement. Physical prices will mirror that with a high likelihood of supply shortages and, as such, an even more volatile move where acquisition prices could be substantially higher than the spot price.

In times of monetary uncertainties, holding physical Silver is more than just insurance. In our humble opinion more likely a necessity. It doesn't have to be sizeable but should be present in your wealth-creating and even more wealth-preserving portfolio.