As the stock market cavorts in making all-time highs nearly every day, (in turn nullifying our "massive top" notion), we briefly begin with this friendly reminder/query: "Has the S&P crashed yet?"

We're just askin'... After all, by any and all historically tried-'n-true measures -- be they fundamental or technical -- none of 'em matter anymore, let alone are indicatively useful.

And just in case you're scoring at home, the "20% same-day sell-off limit" means the S&P 500 can drop some 900 points (and "The Dow" some 7000 points) in a single session. Moreover: if (i.e. when) we get a 50% correction, by present earnings, the S&P still shall be overvalued. Do the math. (Here yet again is the formula in case you've misplaced it):

Yet the "herd mentality" maintains that the post-COVID economy is "Go-Go-Go!" But as you regular readers already know, the Economic Barometer shows it ain't so:

We read this past week that "...U.S. businesses are pouring money into equipment and technology..." --[DJNewswires]. Further, Stateside President Biden just lauded the 46% June growth in Payrolls.

Well Squire, let's just say they didn't convey that the Unemployment Rate ticked up, nor that the ADP measure of jobs fell 22%, nor that the Chicago Purchasing Managers Index tanked from 75 to 66 (its worst drop since "hello" April a year ago), nor that May's Construction Spending actually shrank. "You go, bro Joe!"

¦ Jumping on the bandwagon that the Federal Reserve be obliged to raise rates by the end of next year is the International Monetary Fund itself;

¦ The Congressional Budget Office targets the Federal Deficit to be $3 trillion this year ('twas $1 trillion just two years ago);

¦ 130 nations have now "signed on" to having a global minimum tax on corporations;

¦ Taxes are to rise as well on personal income and capital gains;

¦ And the cherry on top from the class-envy-spreading FinMedia? Those benefitting the most during COVID are "The Rich".

Ready for (more) civil unrest? Ready for stagflation? Ready for the greatest global financial train-wreck in history? Got Gold?

As for Gold goes Short, (which isn't really a surprise per our recent missives), by the following graphic of price's weekly bars from a year ago-to-date, the parabolic trend has so flipped per the rightmost fresh red dot:

So what's going on? And what of our forecast high for this year of 2401? Be it little reaction to Basel III, the Dollar having an up spree, or bits**t still posing as a currency, common sense interest in Gold remains wee. Nonetheless, we're anticipating that this new Short trend shall be short-lived.

Still year-to-date, Gold along with the Bond now finds itself down in the cellar of the BEGOS Markets as we view their mid-year (plus two trading days) standings. And isn't it curious how the "economically-driven" components (Oil, Copper and the S&P) stand at present atop the podium -- but as we just saw -- with the Econ Baro in decline? The great "Uh-oh..." is coming:

As for the BEGOS Markets' respective linear regression trends across the past 21 trading days (one month), here we go 'round the horn with the whole bunch including their baby blue dots of trend consistency, throughout which the Bond is actually getting a bid, (hint hint, nudge nudge, elbow elbow...): 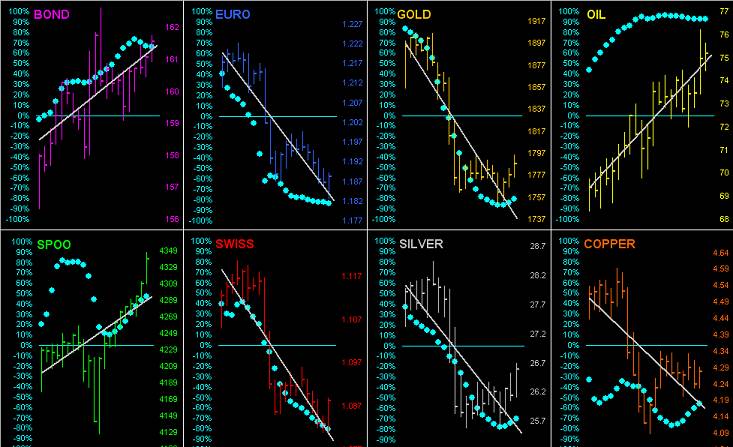 Specific to the precious metals equities, prices are not that far afield from where they were on this date a year ago, the exception being the Global X Silver Miners exchange-traded fund (SIL) +19%; (recall a year ago at this time the Gold/Silver ratio was 97.9x vs. today's more historically in-line 67.2x). For the rest of the group we've Franco-Nevada (FNV) +8%, Newmont (NEM) +4%, Gold itself "unch", Pan American Silver (PAAS) -1%, Agnico Eagle Mines (AEM) -2%, and the VanEck Vectors Gold Miners exchange-traded fund (GDX) -5%:

As to near-term pricing, here we've our two-panel display of the 10-day Market Profiles for Gold on the left and Silver on the right. As earlier inferred, despite Gold's weekly parabolic trend having just flipped to Short, its Profile appears price-supportive from 1783 down to 1775. Similarly, Sister Silver looks safe above 26.00:

Finally, here is Gold's Structure by the monthly bars from 2010-to-date. With Gold grabbing for grip inside of The Northern Front, these recent months can be construed as price consolidation ahead of said common sense buying; (do urge your sovereign bank to get with the program): 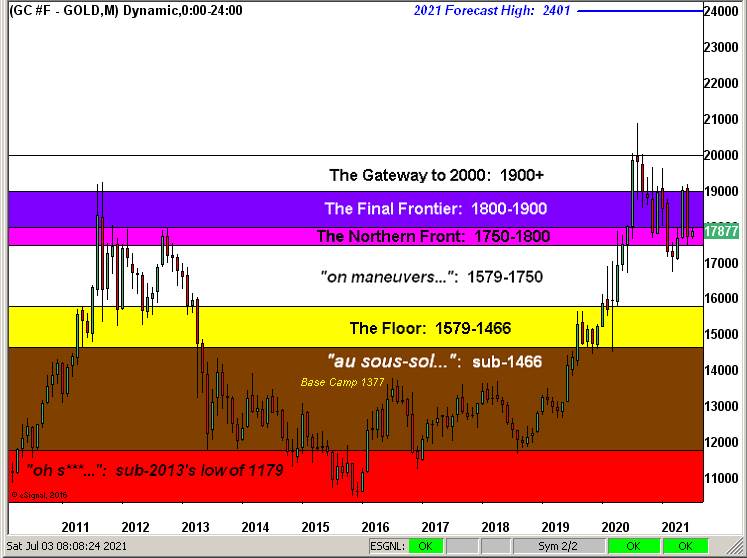 We started with the S&P let's conclude with same. Its inane rise of insanity finds a great colleague here joking with us about "S&P 5000 by year-end!" Obviously we don't believe that a wit. BUT: linearly regressing the S&P's COVID closing low level of 2237 on 23 March 2020 through today (4352) and then extrapolating that trend, the mighty Index would settle on 10 January 2022 at 5001. (And that -- given the present unsupportive level of earnings -- would put the P/E ratio at 65.9x). We cannot ask this enough: Got Gold??? 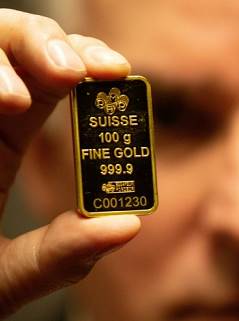