Today gold futures closed fractionally higher. As of 4:55 PM EST the most active August 2021, Comex contract gained $1.20 and is currently fixed at $1810.40. What is most noteworthy on a technical basis over the last two trading days is that yesterday gold futures came close to testing support which occurs at $1791.40, the 100-day moving average. 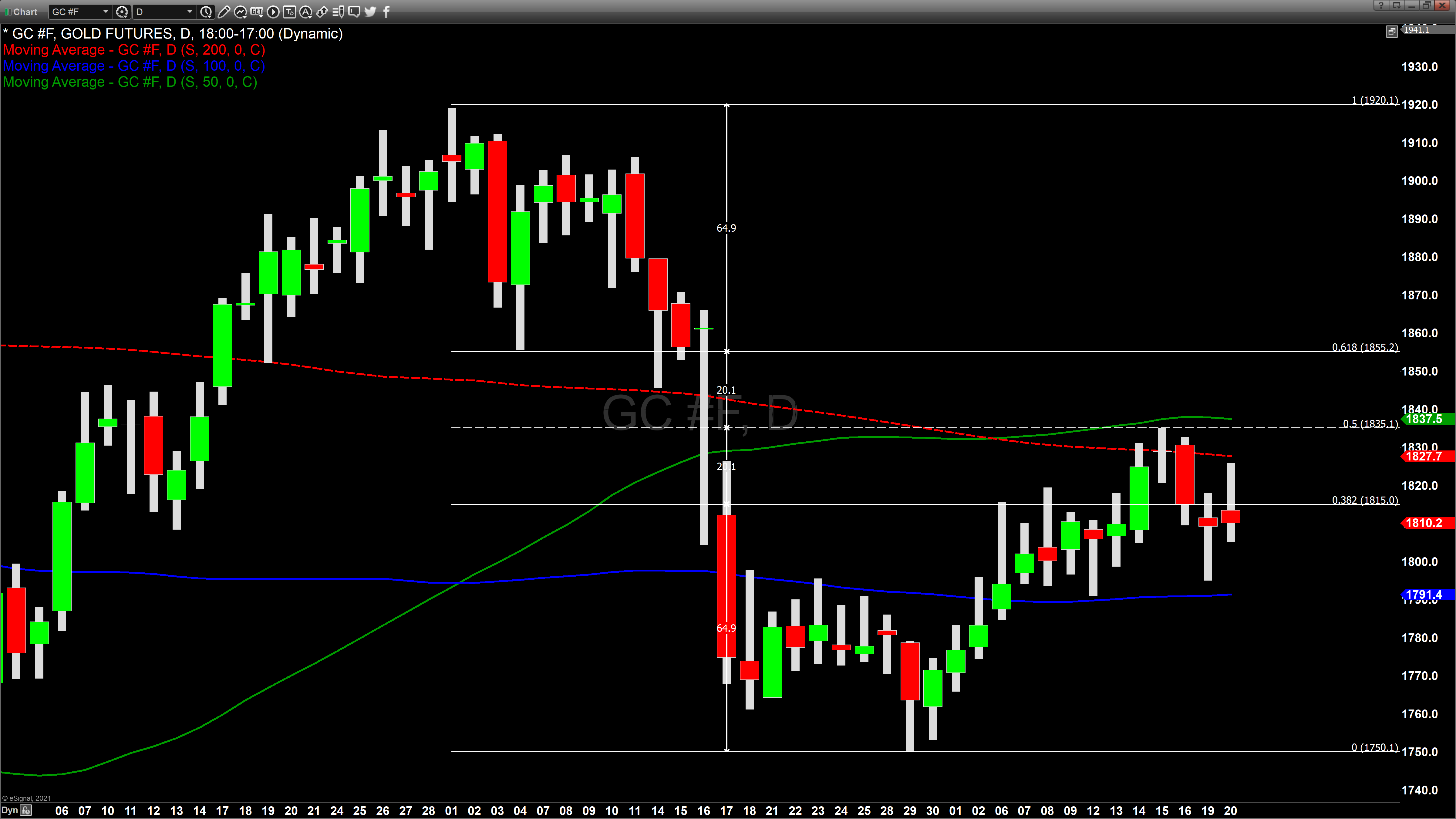 This means that today’s trading activity included a higher high and a higher low than the previous day. However, the current level of resistance mentioned above was not broken and remains a critical price point that gold prices need to close above to go to the next level. Above that level, resistance occurs at $1837.50 this is based on the current

Silver continues to trade under pressure with today representing the third consecutive day of moderate to strong price declines. Silver futures basis the most active September 2021 Comex contract declined by almost $0.18 per ounce, a .71% loss on the day, and is currently fixed at $24.965. Considering that silver futures opened at roughly $26.37 on Friday, silver is lost roughly 5.47% over the last three trading days. The current level of support occurs at $24.67 this is based upon the lows achieved at the beginning of April 2021. Resistance occurs at the 200-day moving average which is currently fixed at $25.88. 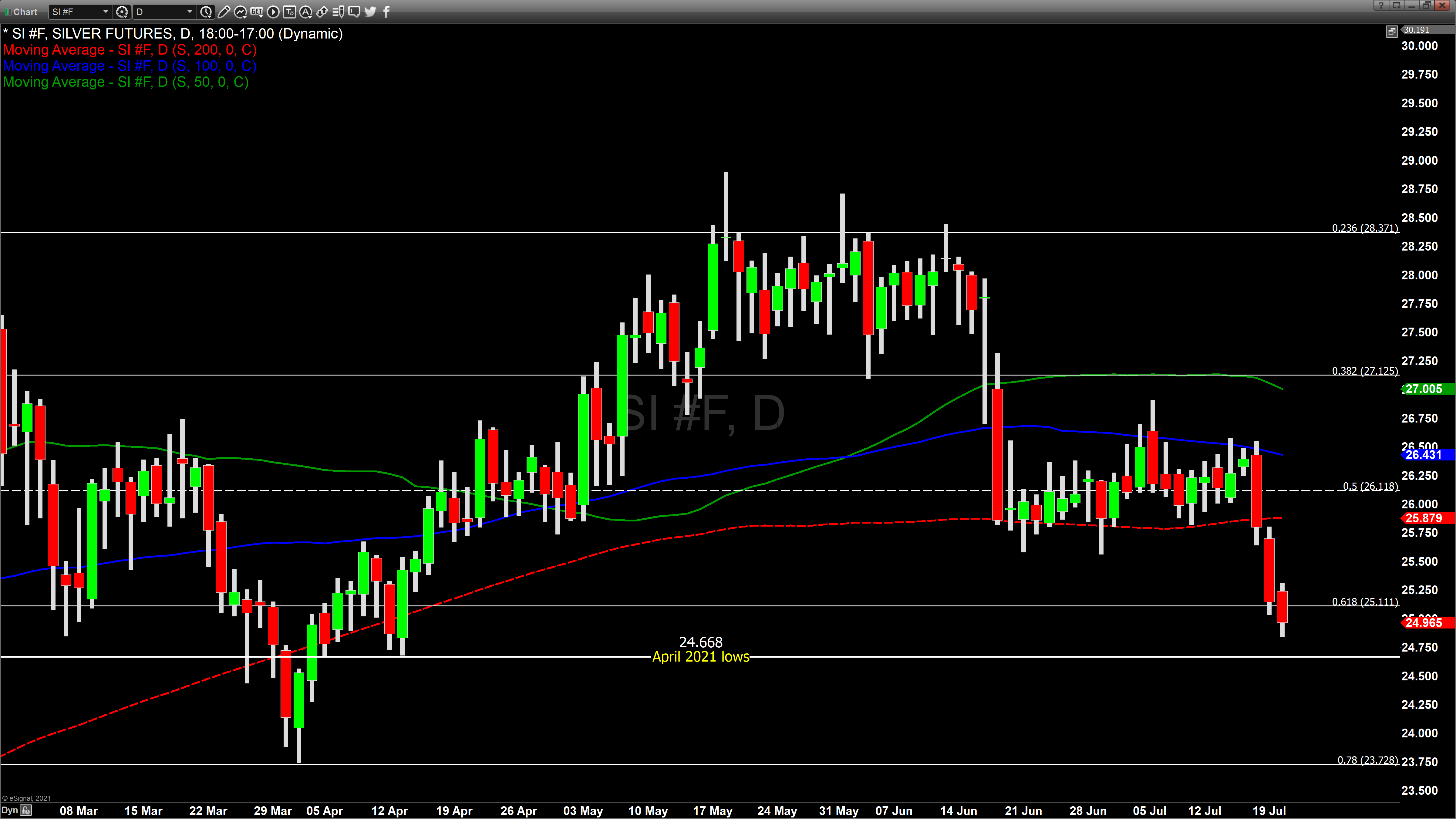 According to MarketWatch, Craig Erlam, senior market analyst at Oanda in a market update said, “The yellow metal has been well supported in recent weeks and that could continue as long as policymakers hold their nerve in the face of higher inflation. The environment remains highly accommodative but challenges remain in the final months of the year, which may encourage patience and continue to be supportive for gold prices.”

MarketWatch also cited a market update by Victor Argonov, senior analyst and economist at EXANTE, “In recent days, we have seen bond yields come under renewed pressure as investors have rushed back to the perceived safety of government bonds, driving their prices higher.” He also cited concerns over the spread of the delta variant of COVID as the likely reason for the rise in bonds. “If the weakness for bond yields persists, the stage is set for gold to stage a [comeback] in the not-too-distant future.”

While it is unquestionable that gold prices have been rising since the end of June when gold futures were trading at $1750, it is also clear that this rally contains what could be described as “small steps “to higher prices.