There continue to be strong headwinds created by multiple financial asset classes which have continued to pressure gold pricing. As of 4:19 PM EST gold futures basis, the most active August 2021 Comex contract is fixed at $1802.30, which is a net decline of $3.20 (-0,18%). Silver is also trading under pressure, with the most active September 2021 Comex contract fixed at $25.26 after factoring in today’s decline of $0.12 (-0,49%). 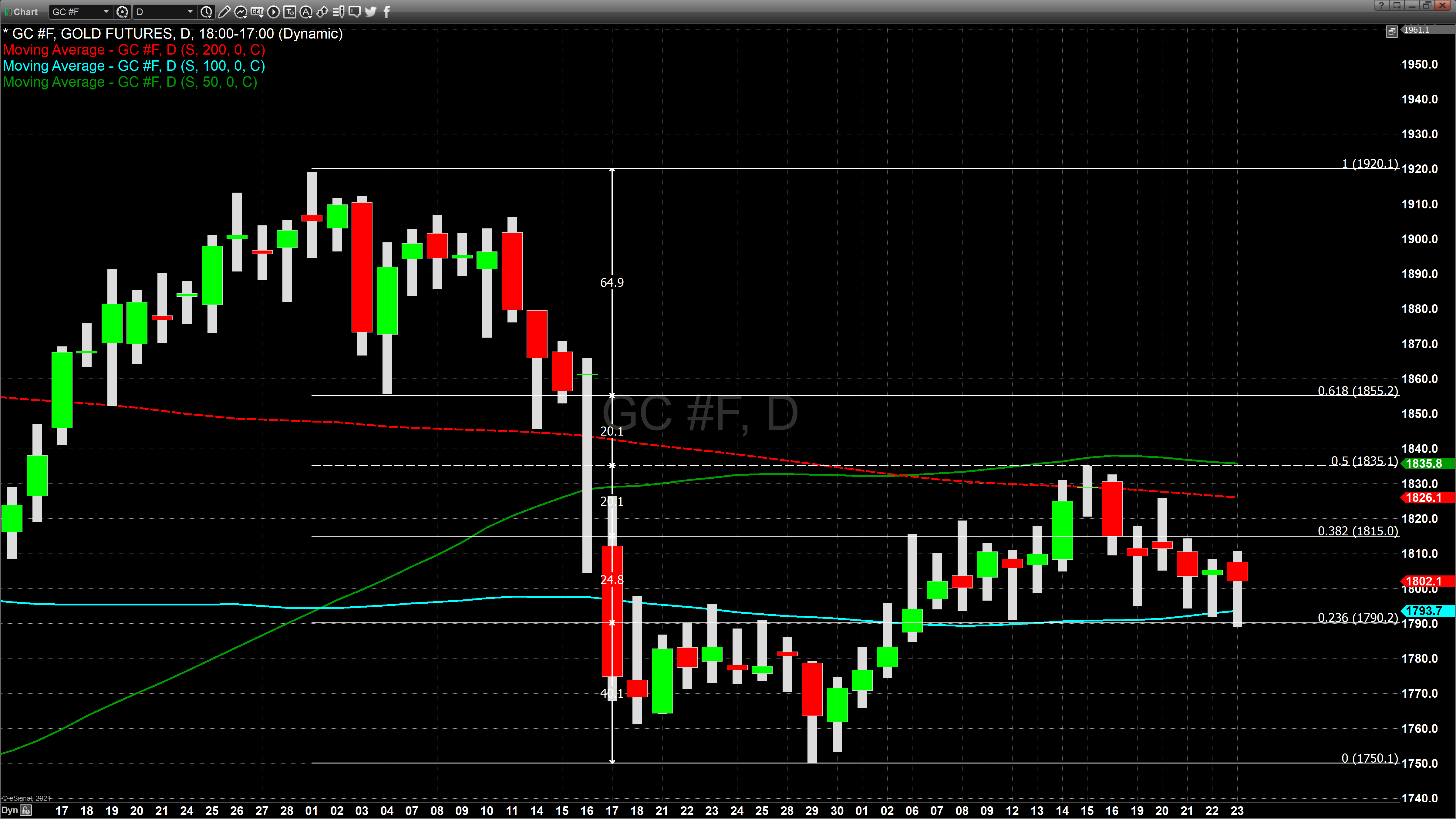 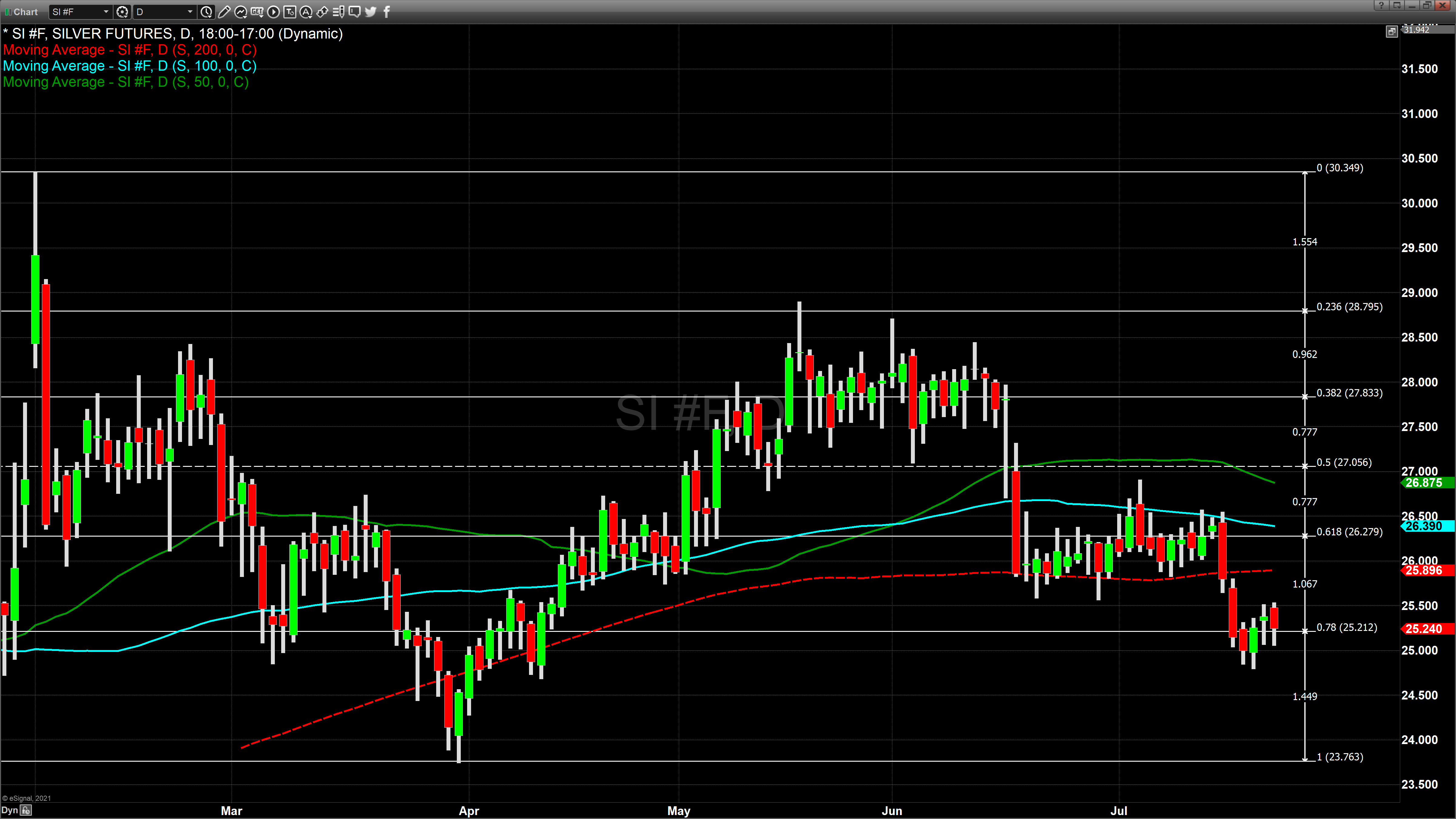 One of the primary asset classes which have recently been pressuring the precious metals to lower pricing is the U.S. equities market. The risk-on asset class continues to trade to achieve new all-time highs. Today, for the first time in history the Dow Jones Industrial Average closed above 35,000 After it closed at 35,061.55. The S&P 500 also hit an all-time high of 4411.79 after factoring in today’s gain of 1.01%. The NASDAQ composite had a gain of 1.04% that took the tech index to record highs as well, reaching 14,836.9911. With all three major indices closing at all-time highs, it is obvious that capital continues to flow into the U.S. equities markets. 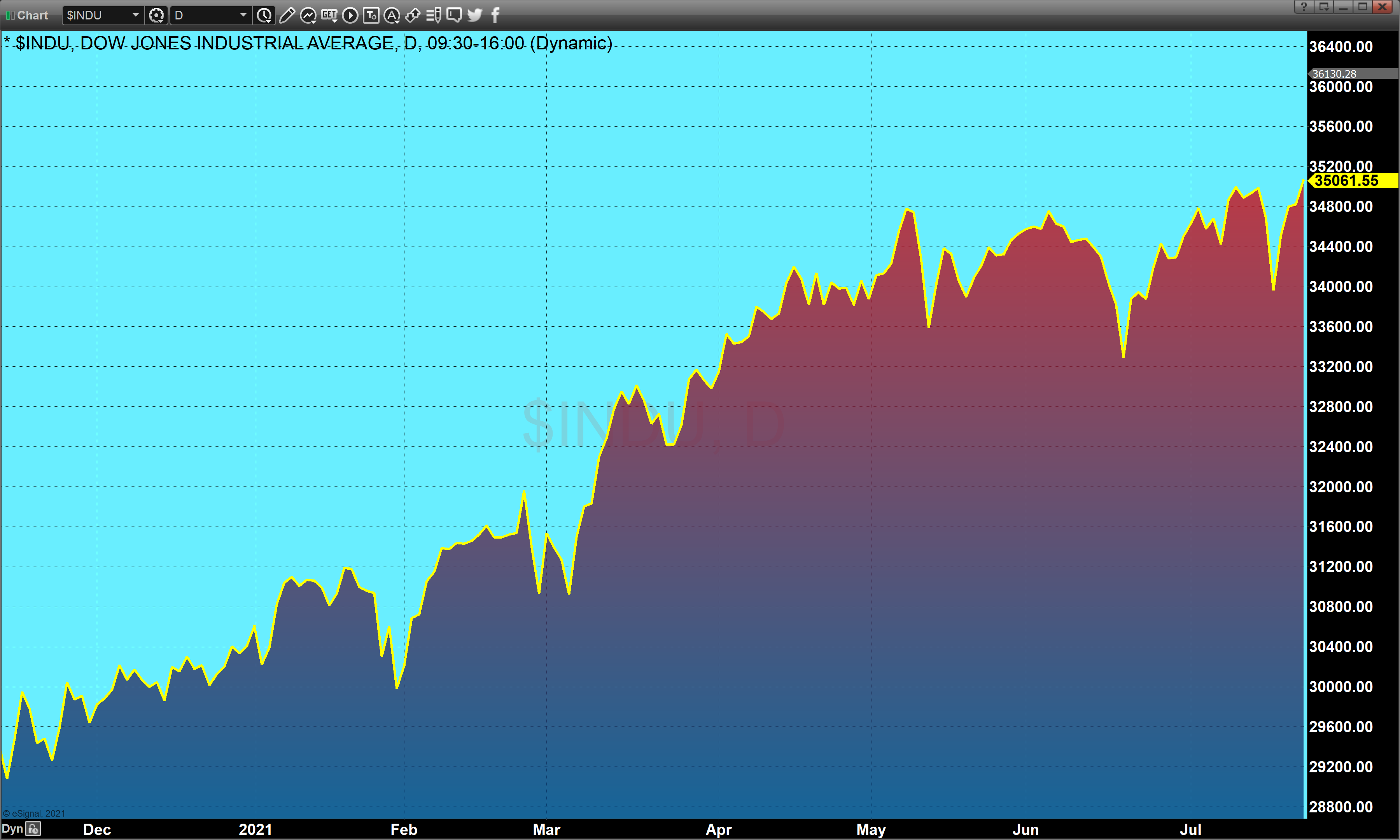 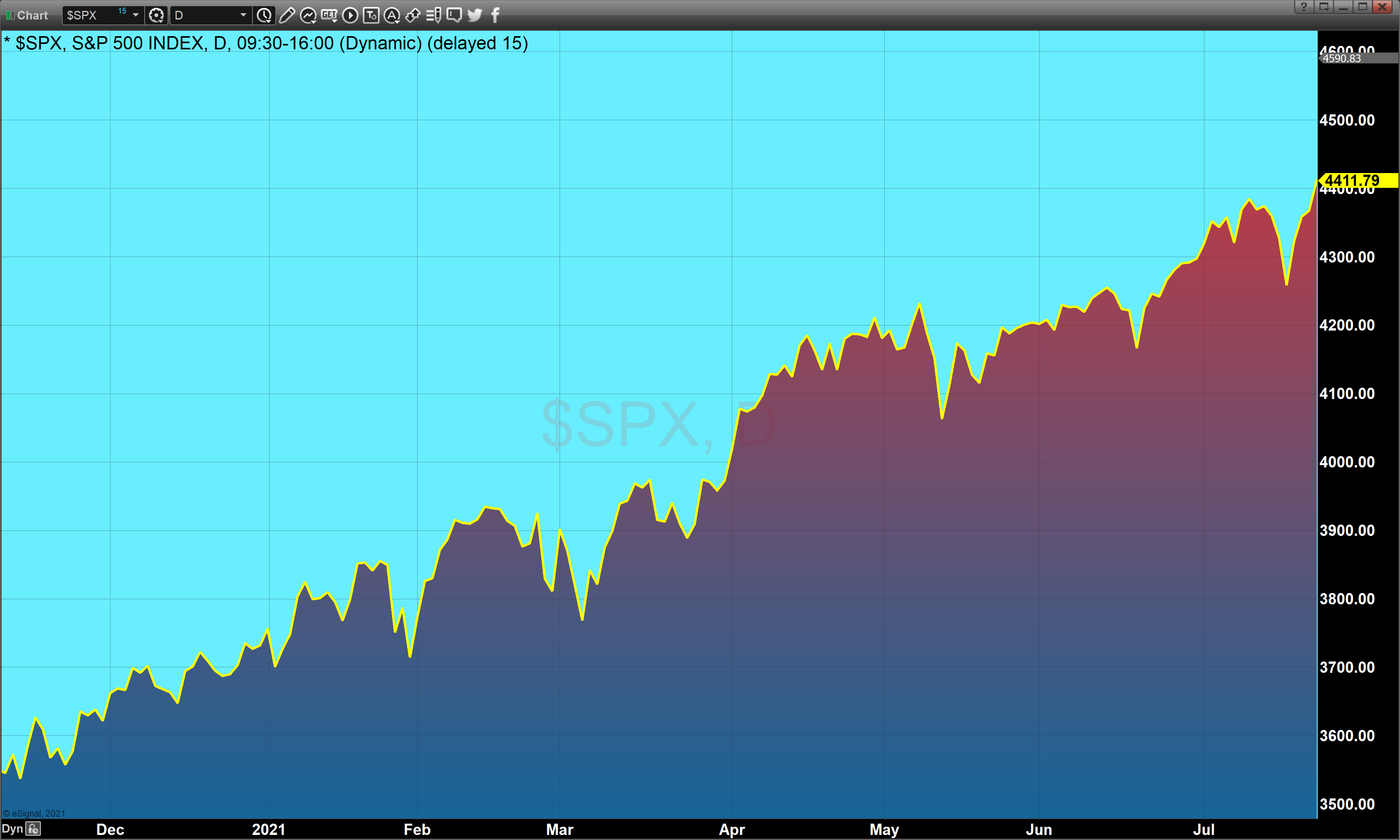 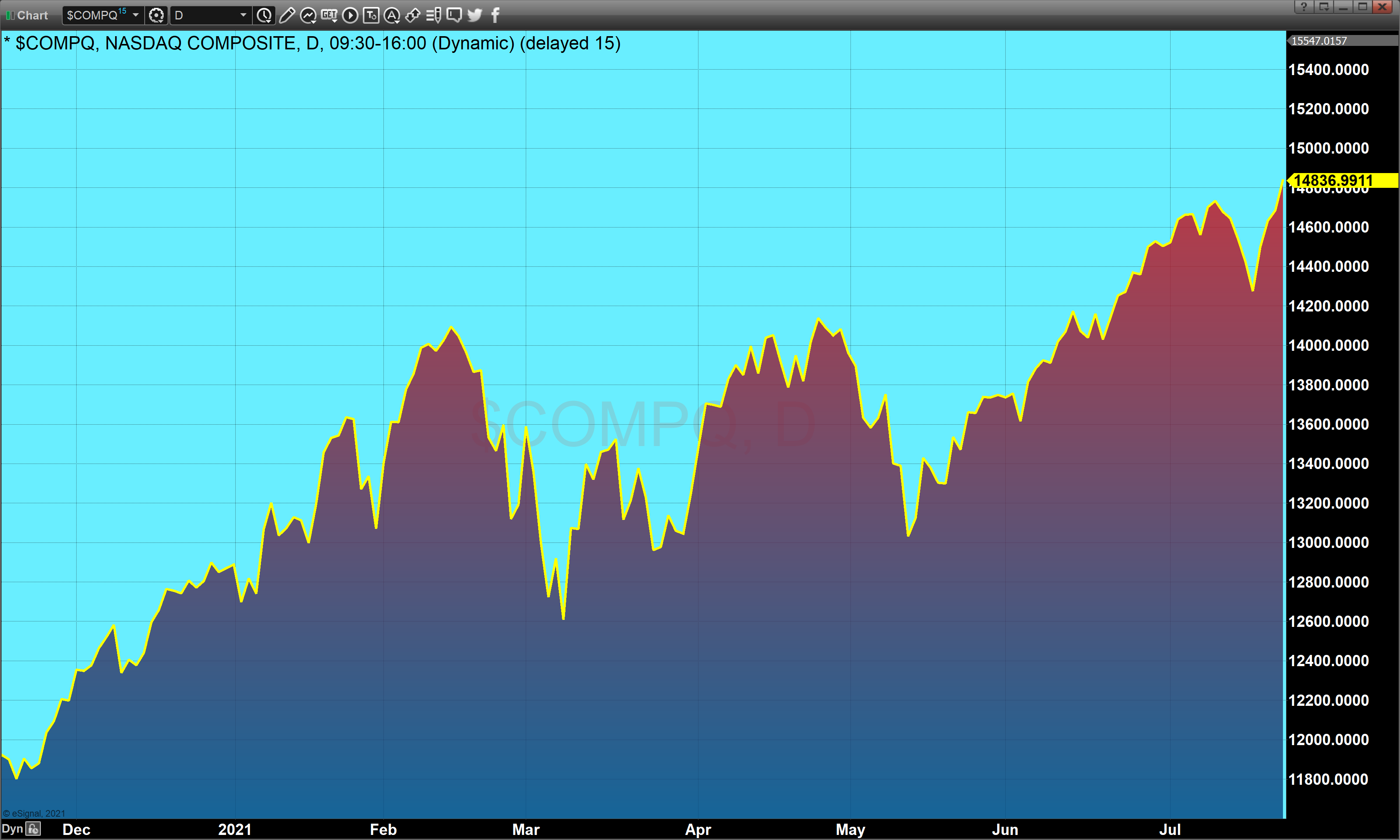 There has also been pressure on gold and silver pricing from the U.S. dollar. Today the dollar index gained fractional value closing at 92.885, a gain of 0.055 points or 0.06%. The dollar has moved from the lows of 88.50 which occurred in the middle of May 2021, to its current value close to 93. This rise over the last two months has certainly pressured gold pricing lower, as there is an intrinsic negative correlation between the dollar and gold because gold prices are paired against the U.S. dollar.

The combination of higher U.S. equities, rising yields on government debt, and U.S. dollar strength have pressured gold to trade in a consolidating range around $1800 per ounce. Although unquestionably we have seen a tremendous uptick in inflation, we are not seeing gold reacting by trading to higher prices. With the CPI currently at an annually adjusted rate of 5.4%, and the PCE (the preferred inflation index used by the Federal Reserve) is currently at 3.4%, gold’s tepid reaction to that is a quagmire. The only plausible explanation is the headwinds from the asset classes we spoke about above continuing to pressuring gold pricing.

The key to the gold prices is going to be next week’s FOMC meeting when the Federal Reserve will announce its current monetary policy. Chairman Powell’s last statements came earlier this month when he spoke to Congress. During this discussion, he stated that he thinks “the sharp rise in inflation seen so far this year will fade away.” He also said that it would be a “mistake” for the Fed to act “prematurely” to address the high inflation that, in the end, should be transitory. He also stated that “While reaching the standard of ‘substantial further progress’ is still a ways off, participants expect that progress will continue.”

That being said the expectation out of next week’s FOMC meeting should be that the Federal Reserve maintains its current monetary policy, which is extremely accommodative and dovish. If that is the case, we should see gold prices react in a bullish manner.