Immediately following the release of the U.S. Labor Department’s nonfarm payroll jobs report, we saw both gold and silver sell off sharply. Initial estimates by economists polled by Dow Jones were forecasting that July’s additional jobs would total above 800,000 individuals. While the vast majority believed that we would see a major uptick in the number of new jobs added last month, there were quite a few analysts that had the contrary approach believing that the actual numbers would come in well under expectation. Unquestionably, the majority of economists polled by Dow Jones were spot on in their forecast. 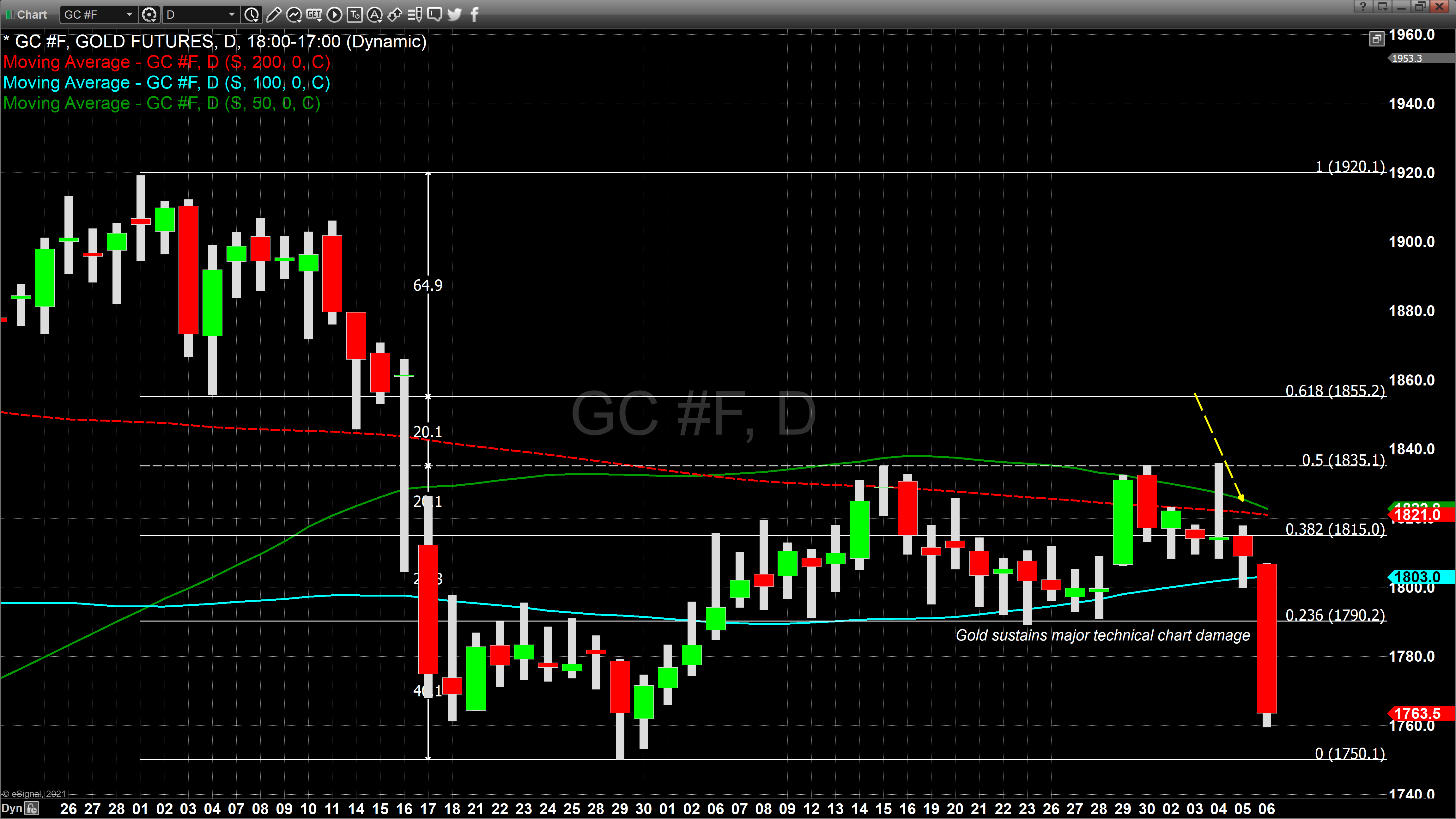 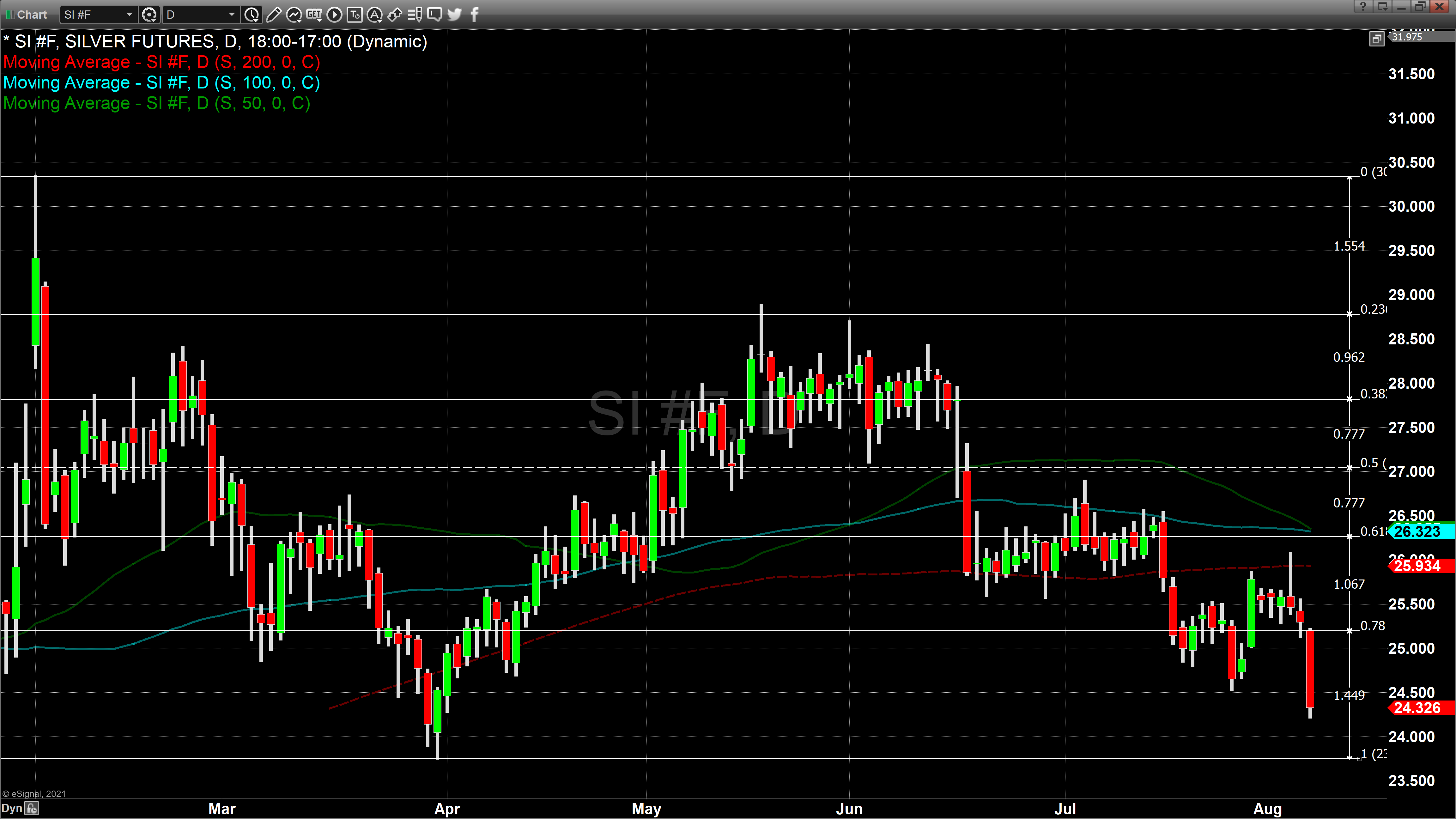 Gold prices had been in a slow and methodical decline although trading in a narrow range it undoubtedly had a bias to the downside today’s action topped even the tepid declines witnessed this week in both gold and silver. The U.S. Labor Department reported that new jobs added in July showed a re-economy in recovery with an additional 943,000 nonfarm payroll jobs added last month. This came in well above expectations as analysts had predicted that 845,000 jobs would be the total number of jobs added last month. Economists also called for a downtick in the unemployment rate from 5.9% to an estimated 5.7%. Economists underestimated the actual number indicating that the unemployment rate had dropped to 5.4%. 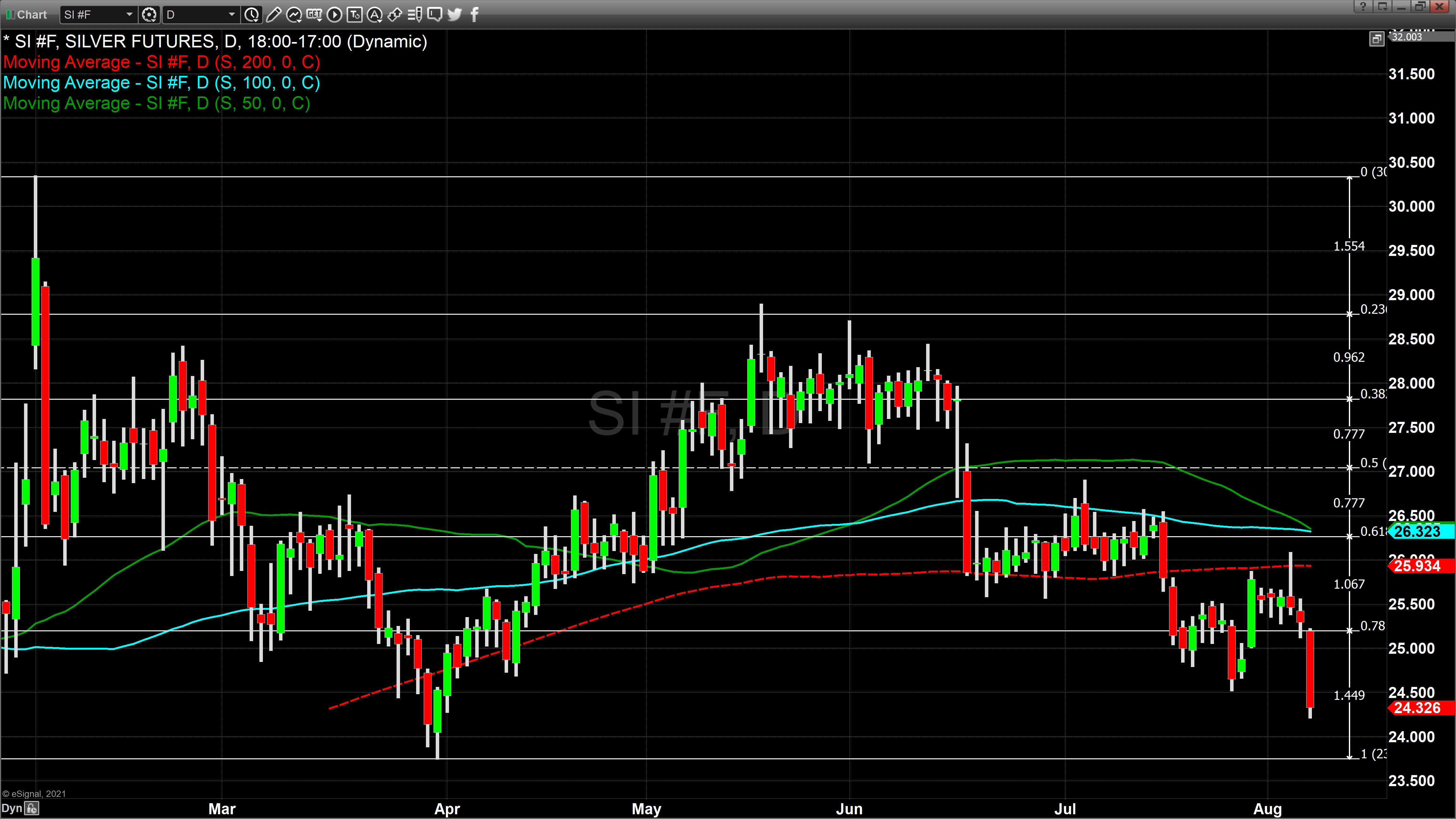 With a solid indication that the U.S. economy is improving dramatically even though there are major issues such as a recent surge in the Delta variant of the Covid-19 virus which has plagued certain states in the country. This coupled with recent surges in inflationary pressure also could be highly supportive of the precious metal with one major caveat, that the Federal Reserve is not 100% correct in believing the vast majority of these recent inflationary pressures are transitory and will subside over time. While it is logical to understand while supply chain bottlenecks and many businesses lacking the proper staffing to fully operate their businesses, there are items such as energy and to a great degree food costs that could most certainly last longer than the Federal Reserve anticipates. In an interview with Kitco news Anna Golubova, RJO Futures senior commodities broker Daniel Pavilonis said that “This job number is bullish for the U.S. dollar and is pushing rates higher, which has an inverse reaction for
gold.”

This will certainly cause many precious metal analysts to rethink their current assessment and models as to the future price of gold. If the next jobs report is as robust as July’s report came in we could expect a real potential for the Federal Reserve to revamp and modify not only their timeline for tapering but their timeline for normalizing interest rates.

However, this could have an unexpected effect. If the Federal Reserve begins to taper much sooner than expected, and or raises rates in a timeline much more rapid than they have recently stated it could cause dynamic pressure on U.S. equities taking them lower and possibly even being the impetus that would cause the major indices would experience one of the first deep corrections in years. A correction is when an index or stock loses 10% of the value from the most recent highs. This could create a new incentive for market participants to reevaluate adding safe-haven assets to their portfolios to protect their capital.