The Fed and market participants await the release of key U.S. economic data

In early September the U.S. Labor Department released the jobs report for new nonfarm payroll jobs added in August. The numbers released by the Labor Department were extremely disappointing coming in well under expectations. Estimates for new jobs added from economists polled by Dow Jones predicted that there would be 720,000 new jobs added last month. The actual numbers were that only 235,000 new jobs were added last month, a huge miss by economists, and a low number by anyone’s standards.

CNBC reported on September 3 that, “August’s total — the worst since January — comes with heightened fears of the pandemic and the impact that rising Covid cases could have on what has been a mostly robust recovery. The weak report could cloud policy for the Federal Reserve, which is weighing whether to pull back on some of the massive stimulus it has been adding since the outbreak in early 2020.”

Since the Federal Reserve has pivoted its focus away from inflationary pressures with its primary focus upon maximum employment tomorrow’s inflationary report is important, however, the disappointing jobs report will be of primary concern.

With that in mind inflationary pressures are still a major concern to Americans who continue to pay higher prices for many goods and services. But economists have forecast that on average the expectations are that there will be a 0.3% increase in the core CPI reading from August.

According to Bloomberg News, “August data due Tuesday is set to show annual growth in U.S. consumer prices stayed above 5% in August for a third straight month, according to Bloomberg surveys. The median forecast was 5.3%. Most other developed countries have seen a spike too -- just not nearly as big.”

Bloomberg also reported that the “N.Y. Fed Says U.S. Consumers Expect 4% Inflation to Stick Around. Inflation expectations among U.S. consumers over the medium term rose to the highest level on record in the Federal Reserve Bank of New York’s surveys, according to the latest edition published Monday. Consumers said they expect inflation at 4% over the next three years, up 0.3 percentage point from a month earlier.” 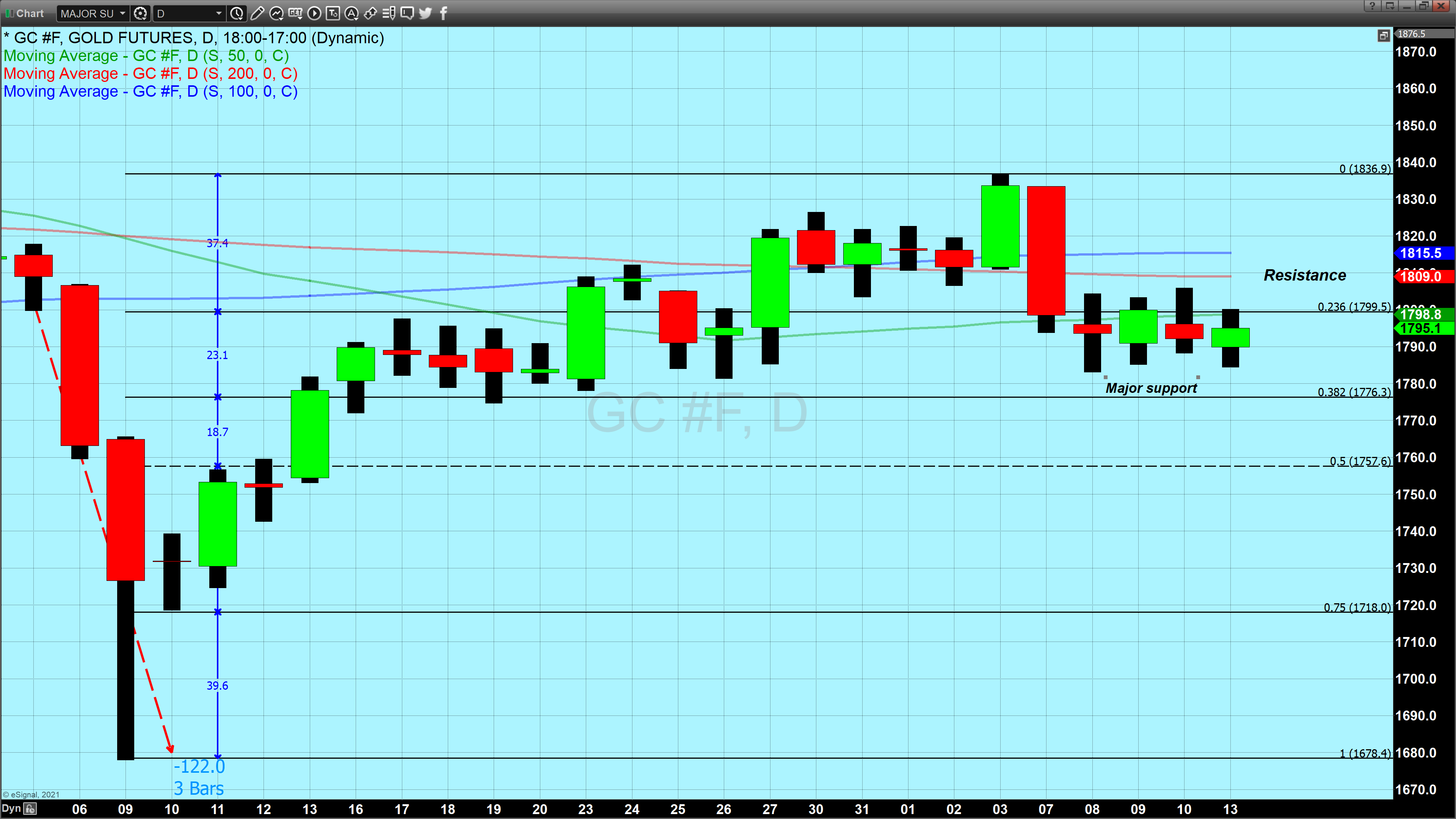 Gold futures basis the most active December 2021 Comex contract gained three dollars in trading today and is currently fixed at $1795.10. It briefly tested $1800 when it traded to an intraday high of $1800.20 before backing off.

Carsten Fritsch, an analyst at Commerzbank wrote that “For now, traders appeared to be positioning themselves in preparation for the August U.S. Consumer Price Index, or CPI, reading due Tuesday. MarketWatch reported that he tempered his statements saying that he expects inflation to come near July levels and therefore is “likely to provide arguments for the Fed to begin withdrawing its bond purchases before the year is out.”

Since the current Fed mandate looks at both maximum employment and inflationary pressures to determine changes in their current monetary policy, many economists believe that dollar strength, as well as a potential rise in Treasury yields, could continue to stifle any major upside move in gold pricing.