Gold and silver prices both had a virtual meltdown following the release of a report by the U.S. Census Bureau detailing monthly sales for retail and food services in August 2021. The report indicated an increase in consumer spending of 0.7%, totaling sales of $618.7 billion. 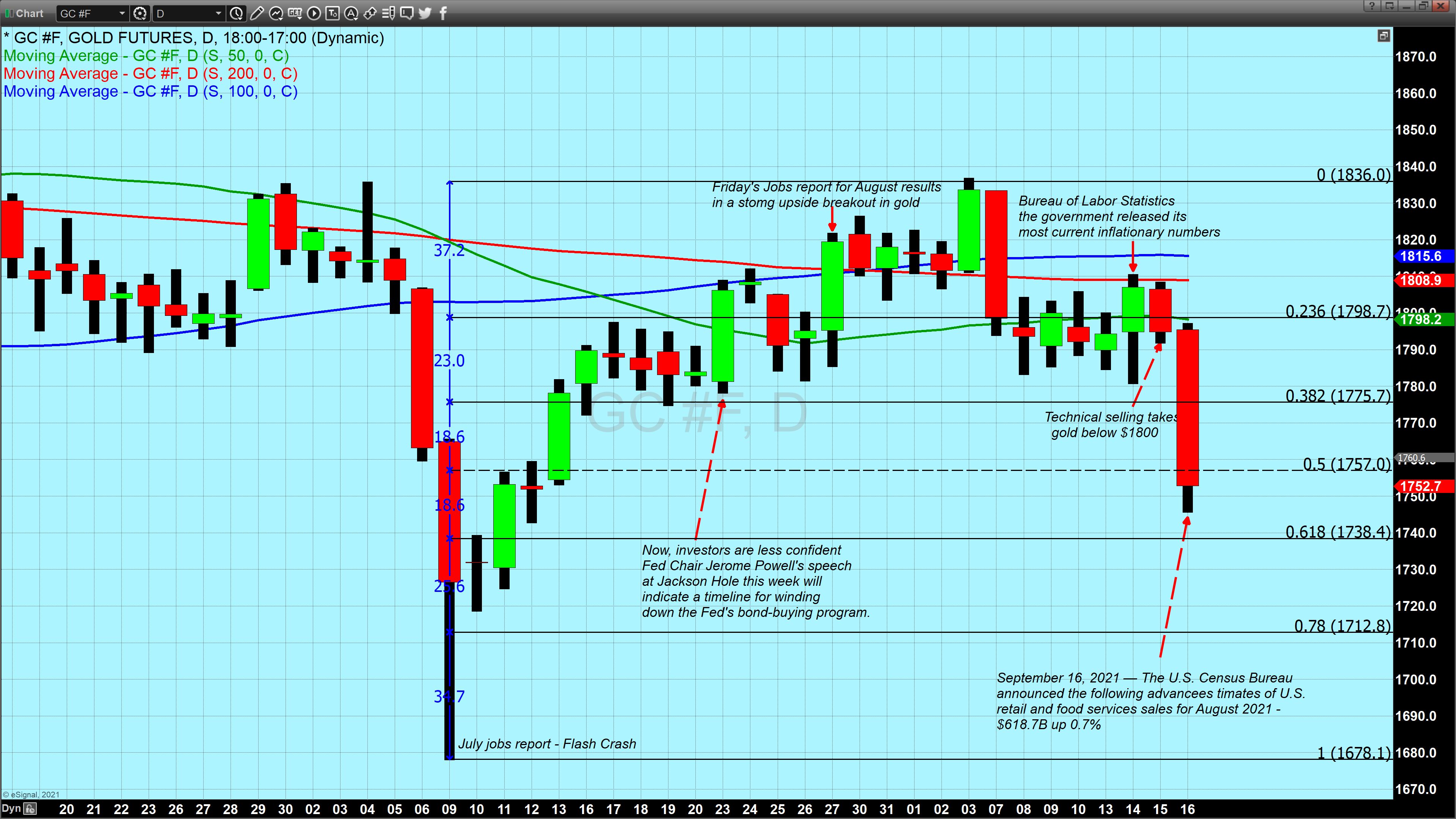 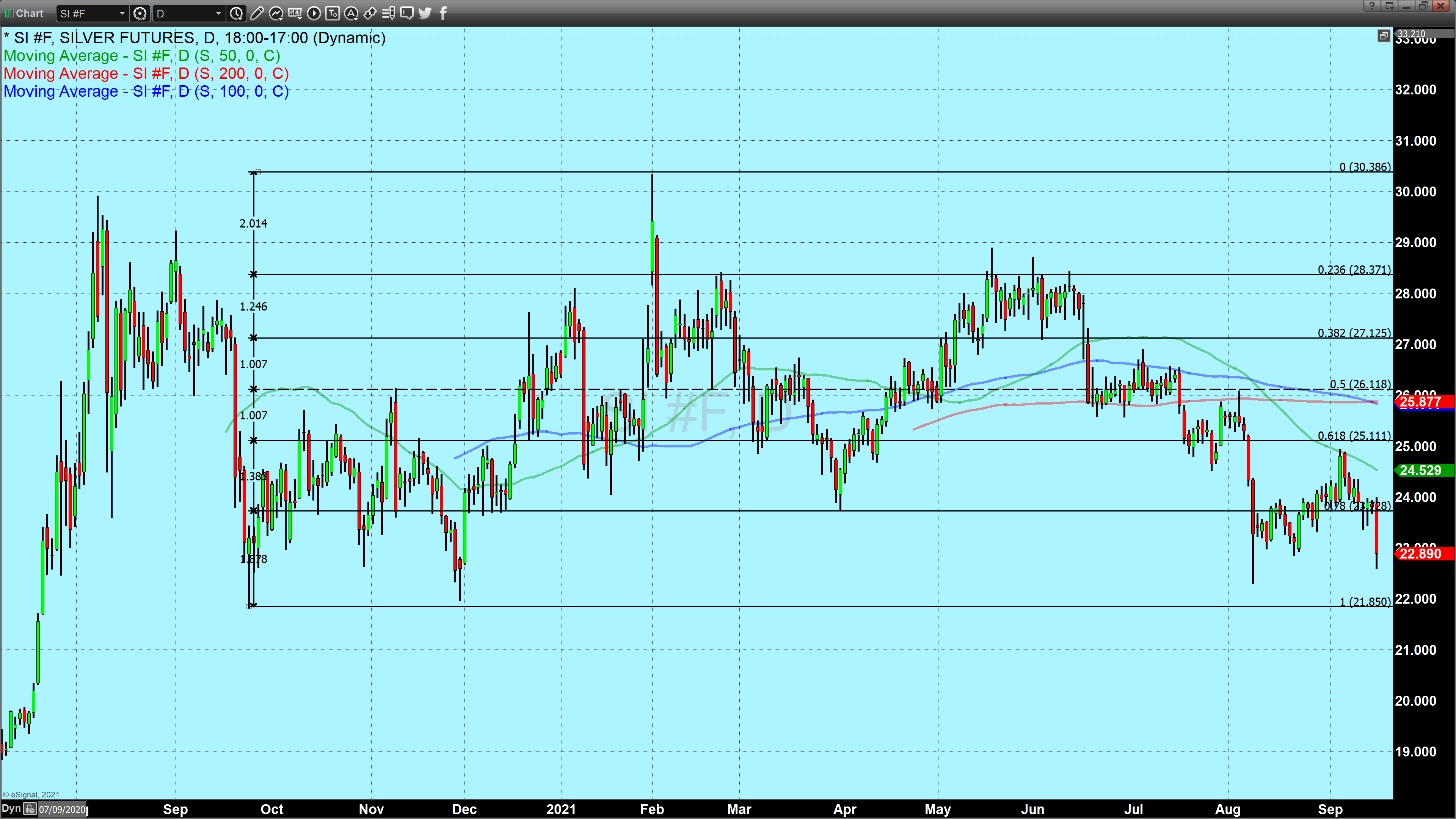 The shift in market sentiment is based on the belief that today's strong retail sales numbers will strengthen the tapering narrative at this month’s FOMC meeting. The FOMC meeting will begin when the Federal Reserve members meet on September 21.

According to Reuters, Bob Haberkorn, senior market strategist at RJO Futures, said, “Gold has taken a pretty big hit, with the upside in the dollar and Treasury yields and the stronger data … you have longs running for the exit.” Haberkorn added that “Unless there is some geopolitical event or a Fed surprise, gold’s trajectory is unlikely to change going into the FOMC meeting.”

Our technical studies indicate that the first level for potential support in gold occurs at the 61.8% Fibonacci retracement, which is currently fixed at $1738.40, followed by the 78% retracement, which is currently fixed at $1712.80. The data set used to create the retracement begins after the flash crash that occurred on August 9 when gold traded to a low of $1678.10, up to the highs achieved on September 3 when gold peaked at $1836 per ounce.