A surging U.S. dollar continues to pressure gold resulting in a further price decline. Yesterday the dollar index closed at the highest level this year, and today the dollar rally continued and resulted in a new record high for the year. As of 4:30 PM EDT, the U.S. dollar index is up by+0.68% and gold futures are down by -0.68%. 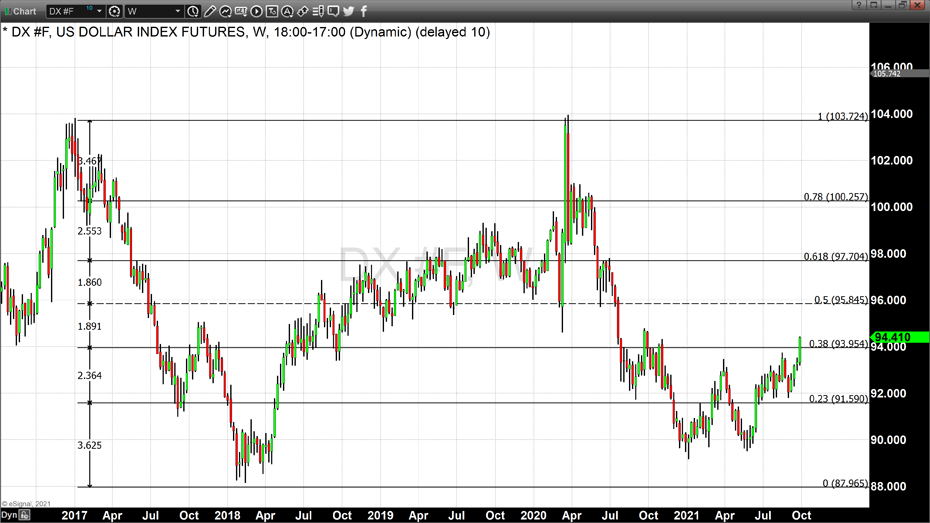 This means that the percentage advance in the dollar index is equal to the percentage decline in gold. Today's example clearly illustrates the intrinsic negative correlation between gold and the dollar. This occurs because gold is priced or paired against the dollar. This also shows that today's selloff in gold did not occur because of selling pressure, but rather dollar strength. The same cannot be said for the dramatic decline today in silver which we will address at the end of this article. 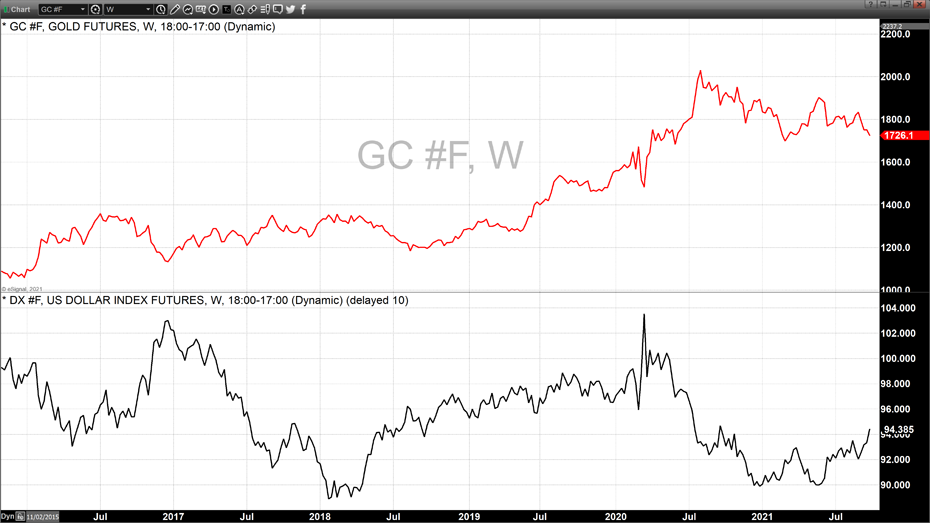 The implications of the highs achieved both in 2016 and 2020 mean that even at this current level the dollar index could move substantially higher. Currently, the dollar's rise has been fueled by recent statements by the Federal Reserve that they are going to begin to wind down their unprecedented accommodative monetary policy that they put in place at the onset of the pandemic in attempts to temper the recession which followed. Now the Fed's accommodative monetary policy has been a key component of the economic recovery that has begun in the United States. 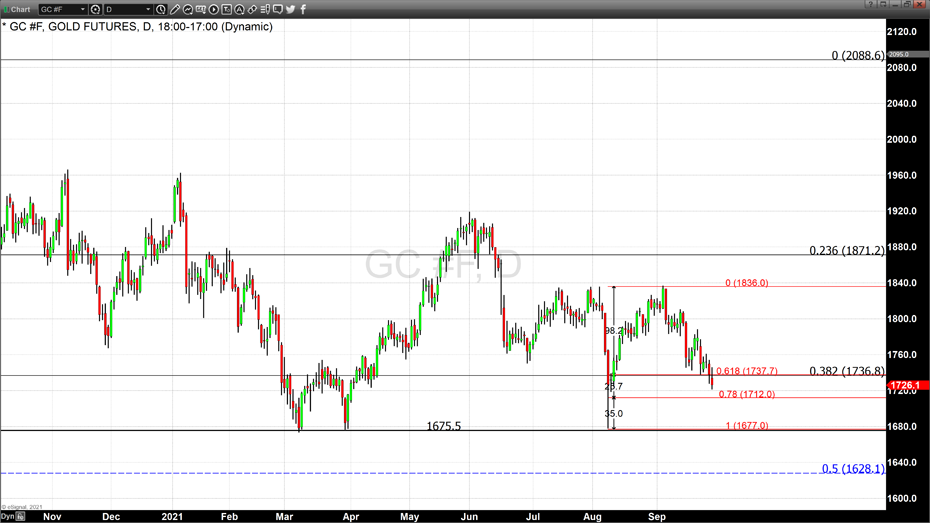 Since the Federal Reserve announced that they will begin to taper their monthly $120 billion of asset purchases (80 billion in U.S. debt and 40 billion in mortgage-backed securities) we have seen the yields in U.S. debt instruments rise dramatically. Yields in the 10-year Treasury notes rose to a three-month high which resulted in the recent strength of the dollar. This strength is a direct result of higher yields in government bonds and notes resulting in the dollar again be favored as a safe-haven asset.

MarketWatch reported that FXTM analyst Lukman Otunuga said, "Yields have risen on expectations for a sooner-than-expected rate hike by the Fed, which could translate to more losses for gold as it would raise the opportunity cost of holding non-yielding bullion." 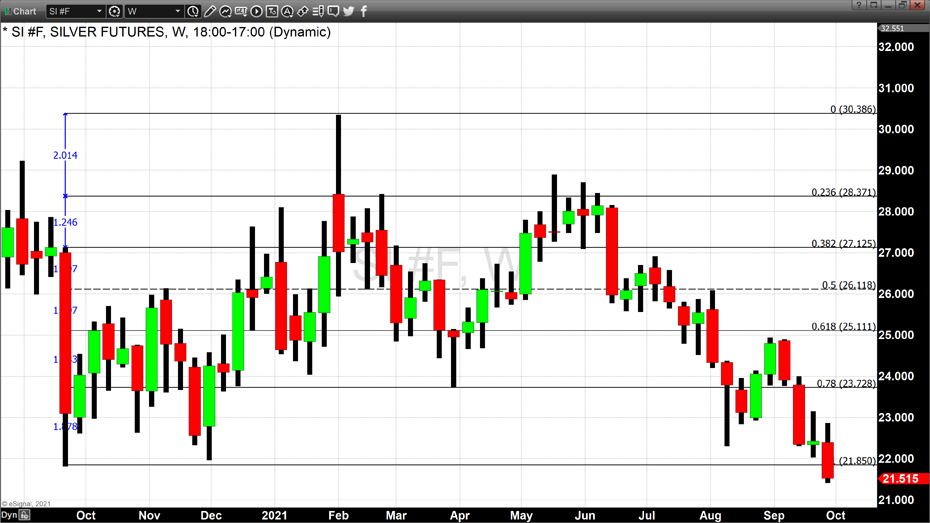 Our technical studies indicate that gold's next level of support occurs at $1712 with stronger support at $1675 which is based upon the double bottom that occurred in March 2020 which also matched the lows of the flash crash that occurred in August following an extremely robust jobs report for July. Major support does not occur until $1628 per ounce which is based upon the 50% retracement of gold's ascent from $1177 up to the apex of $2088.