Today is the perfect example of how enhanced inflationary pressures and the reaction to higher inflation by the Federal Reserve create cross-currents that take gold higher as well as pressure pricing lower. Gold futures basis most active December contract opened today at $1783.70. Continued concern about mounting inflationary pressures took gold prices substantially higher with the precious yellow metal breaking through $1800 in trading to a high today of $1815.50 before comments made by Federal Reserve Chairman Jerome Powell.

Today's statement by Jerome Powell also alarmed equities traders as the Fed Chairman discussed stimulus tapering and upcoming changes in their extremely accommodative monetary policy. In regards to tapering, Chairman Powell said that the U.S. Central Bank was "on track" to begin reducing its purchases of assets.

Speaking virtually at a webcast during a panel discussion at the BIS-SARB Centenary Conference Chairman Powell said that the U.S. labors market might continue to improve and reach "maximum employment" next year. It is widely believed that it is the "maximum employment" final hurdle that would result in the Federal Reserve beginning its process of interest rate normalization or lift-off. 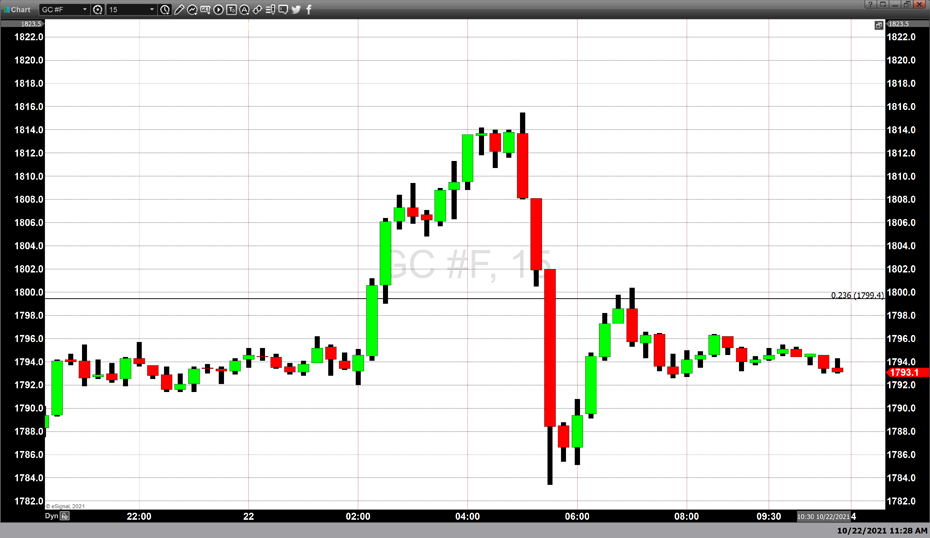 Chairman Powell inferred that the Federal Reserve is ready to use interest rate hikes to combat inflationary pressures. He added that Inflation continues to have the risk of moving higher, and persisting for a longer period than it had originally anticipated.

Underscoring that the Federal Reserve is ready to use its tools to bring inflation lower he said, "We need to make sure that our policy is positioned to adjust to a range of possible outcomes."

While it is exceedingly clear that rising inflation continues to be highly supportive of both gold and silver pricing, the resulting steps that the Federal Reserve would take to limit or temper inflationary pressures has the opposite effect. This is why we believe that these two forces create cross-currents, or a double edge sword when it comes to inflation. 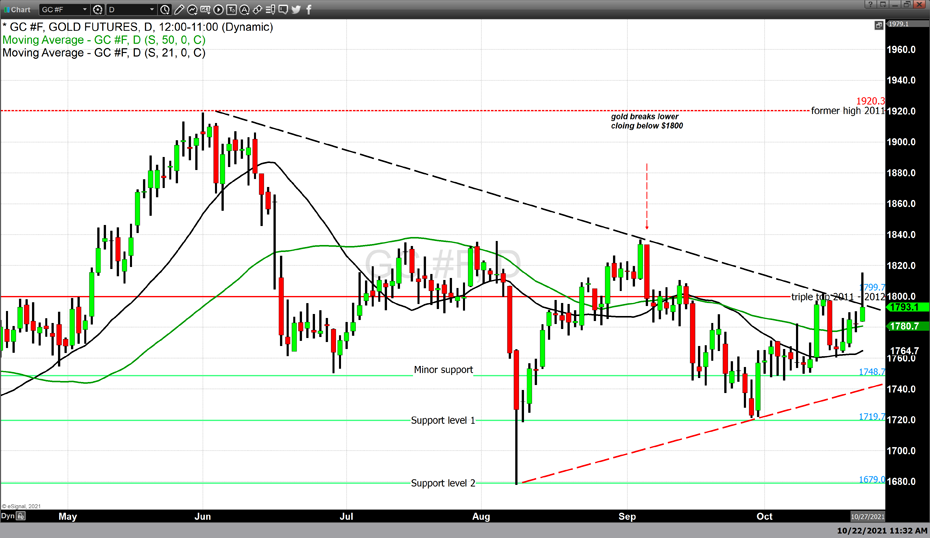 Chart 2 is a daily Japanese candlestick chart of gold futures. We have added a compression triangle composed of the series of lower highs, and higher lows to indicate major levels of support and resistance. Today's close at $1793 is just below the upper-level resistance line created by a series of lower highs. On a technical basis, we still see $1800 per ounce as the key and critical price point that gold needs to take out on a closing basis to indicate that the rally which began in late September still has momentum left which would move gold higher. An effective close above $1800 would put the next target at $1836 which is the top created at the beginning of September.