Gold prices fell sharply following an announcement by President Biden to nominate Chairman Jerome Powell to continue to be at the helm of the Federal Reserve for the next four years. This had a cascading effect on multiple markets that resulted in gold prices losing over 2 ½% in value today. As of 5 PM EST gold futures basis, the most active December 2021 contract is down $47 and fixed at $1804.60. The current price is only two dollars above today's low which came in at $1802.48.

This news also resulted in extreme dollar strength and a sharp rise in the yields of U.S. debt instruments. A combination of dollar strength and higher yields were the primary force moving gold lower. In a statement, the president said that "I have full confidence after their trial by fire over the last 20 months that Chair Powell and Dr. Brainard will provide the strong leadership our country needs."

The president will also have the opportunity to reshape the Federal Reserve as there are three vacancies needed to be filled on the central bank's seven-member board of governors. It is anticipated that he will likely name these seats in early December.

Today's selloff in gold as well as dramatic upticks in 10-year Treasury notes, and 30-year U.S. bonds was largely based on comments by multiple officials. The Federal Reserve indicated that the central bank could raise US interest rates before the end of 2022. The criteria these Fed members are looking at would be a rapid economic recovery in the United States and continued concerns about the spiraling level of inflationary pressures.

James Bullard, the president at the St. Louis Federal Reserve said that the central bank might be forced to accelerate their tapering process which began this month so that they can raise interest rates sooner than they originally anticipated in an attempt to temper rising inflationary pressures. Federal Reserve Vice Chairman Richard Clarida also addressed the same belief that the criteria begin interest rate normalization could be met before the end of 2022. Currently, market participants have factored in the potential for two interest rate hikes next year. 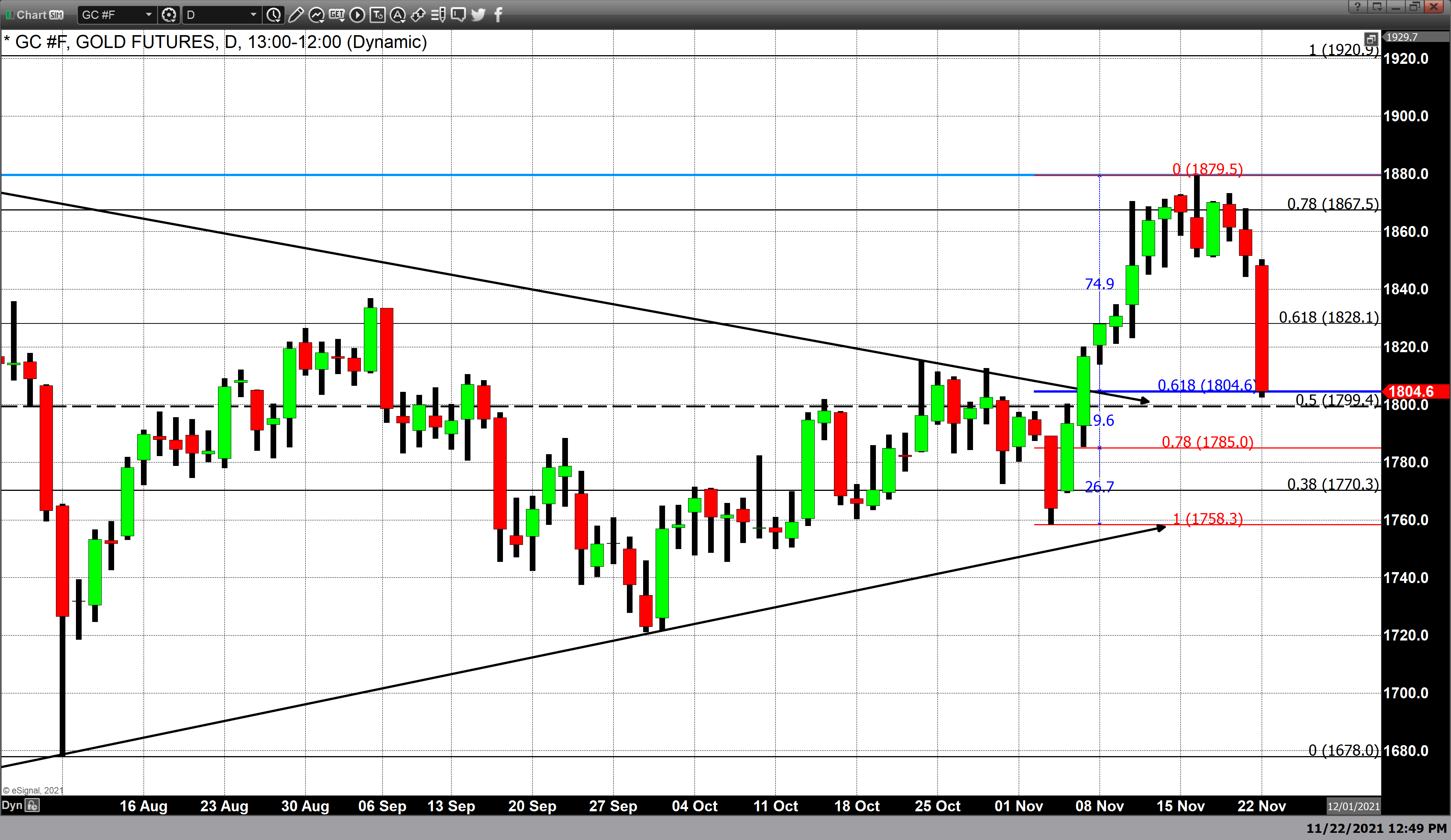 Inflationary pressures have continued to be a double-edged sword for gold pricing. As the inflationary rate continues to rise market participants bid the precious yellow metal higher. However, high inflationary rates are forcing the hand of the Federal Reserve to accelerate the timetable to begin raising interest rates.

The bulk of today's price decline in gold occurred in 45 minutes. Gold was trading slightly under pressure in overseas trading yesterday however following the announcement by President Biden gold prices dropped from $1842 to $1818 in under an hour.

Wishing you, as always, good trading and good health