Gold popped above resistance at $1835 to start the month but reversed course rather violently before it could even test $1900. After rallying $150 in six weeks, Gold plunged $80 in only three days.

The one positive is that Gold has held up very well amid the rising dollar. However, it's increasingly clear that Gold cannot break or even test $1900 until it outperforms the stock market.

As the daily chart shows, Gold retreated from trendline resistance for the fifth time since the correction began. Meanwhile, Gold against the stock market is trading at a 16-year low. It didn’t move as Gold rebounded $150! 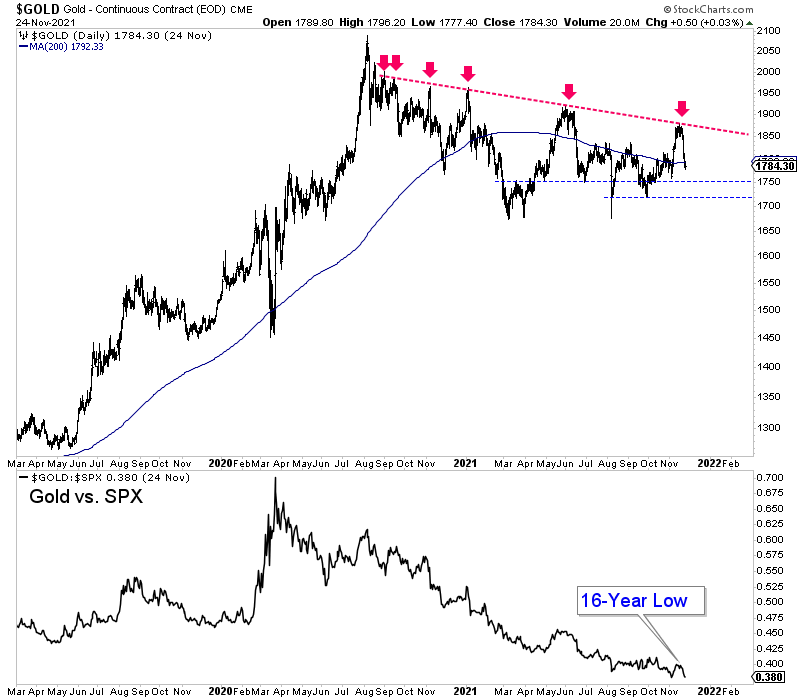 Turning to the miners, we see they remain in a downtrend as the rally has reversed below the 200-day moving averages.

Nonetheless, if the miners can hold their October lows, a new uptrend could begin. That is a good possibility next year. 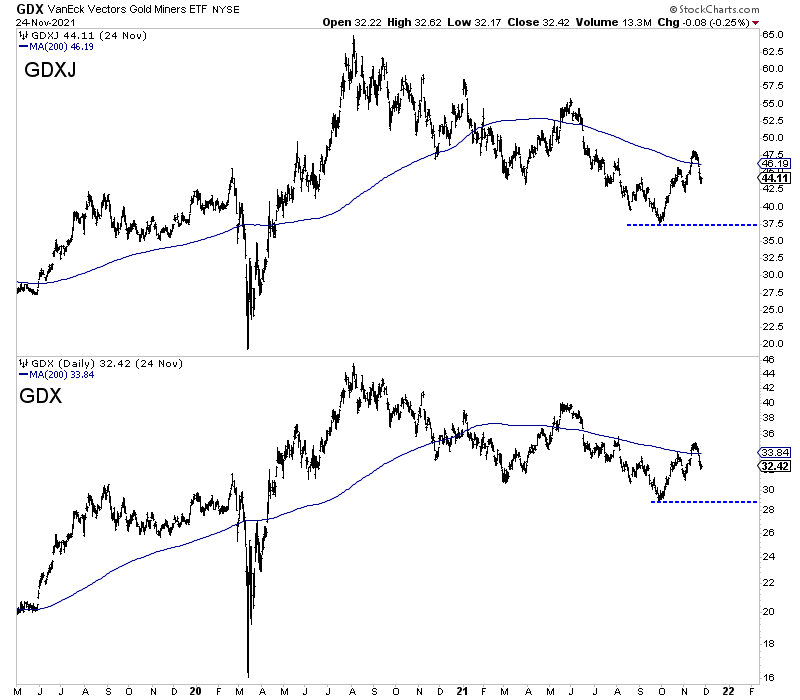 I’ve written in recent months about why Gold won’t begin another leg higher until there is a stock market correction or a Fed rate hike.

Today let me focus on the Fed rate hike.

Over the past 60 years, the Fed has embarked on eight rate hike cycles. During five of the eight, Gold rebounded around the hike, while once (1993-1994) Gold rebounded months ahead of the hike. (The other two are irrelevant to today because Gold rebounded sharply before the rate hikes).

Below we plot data from the start of the last four rate hike cycles as well as 1976.

Typically, Gold declines in the months leading up to the first rate hike but rebounds after the hike and reaches at least a 2-year high.

The sooner, the better for precious metals.

We are potentially looking at another quarter or two to accumulate precious metals before the next leg higher begins.

I continue to be laser focused on finding quality juniors with at least 5 to 7 bagger potential over the next few years. To learn the stocks we own and intend to buy, with at least 5x upside potential after this correction, consider learning more about our premium service.