It was an extremely volatile day for market participants who trade gold. The first part of the trading session can be characterized by a surge in gold pricing. Concerns about the new Covid-19 variant "Omicron" took the precious yellow metal back above $1800, hitting a high of $1811.40 in the most active February 2022 Comex contract. However, that bubble burst almost immediately as the chairman of the Federal Reserve, Jerome Powell, testified to the Senate Banking Committee. 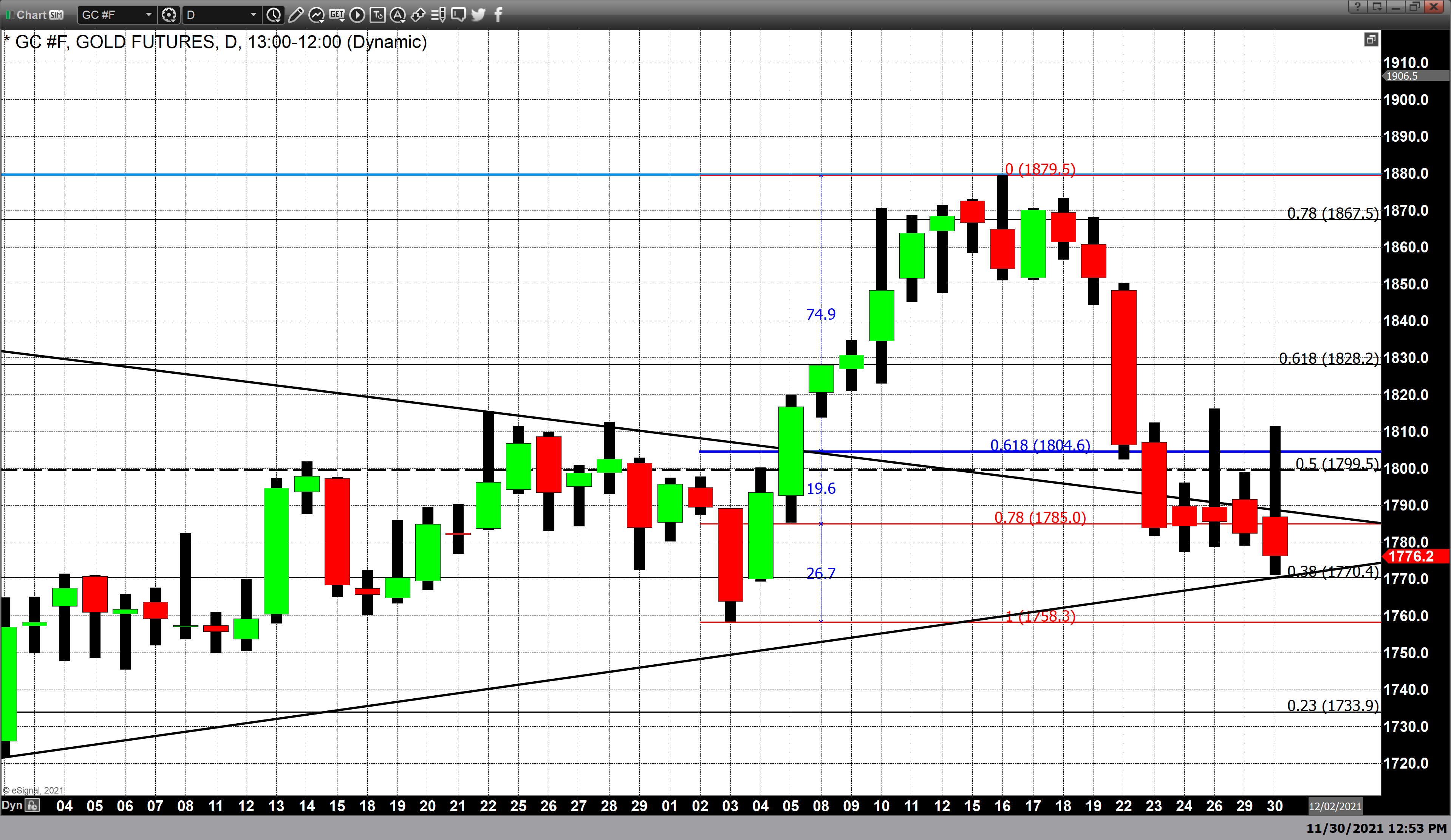 Up until today, it was completely unknown if the current vaccine would protect individuals from the new Covid-19 variant "Omicron."

In interviews with the Financial Times and CNBC, Moderna's CEO, Stéphane Bancel, predicted that the current vaccines are likely to be "less effective against the emerging Omicron variant. Speaking to the Financial Times he said, "There is no world, I think, where [the effectiveness] is the same level ... we had with [the] Delta [variant]."

According to CNBC, "Moderna CEO Stephane Bancel on Monday said it will take months to develop and ship a vaccine that specifically targets the omicron variant of the virus that causes Covid-19." He told CBS News, "we don't know what we don't know." These statements were one of the primary underlying factors that took gold to its high today above $1811. 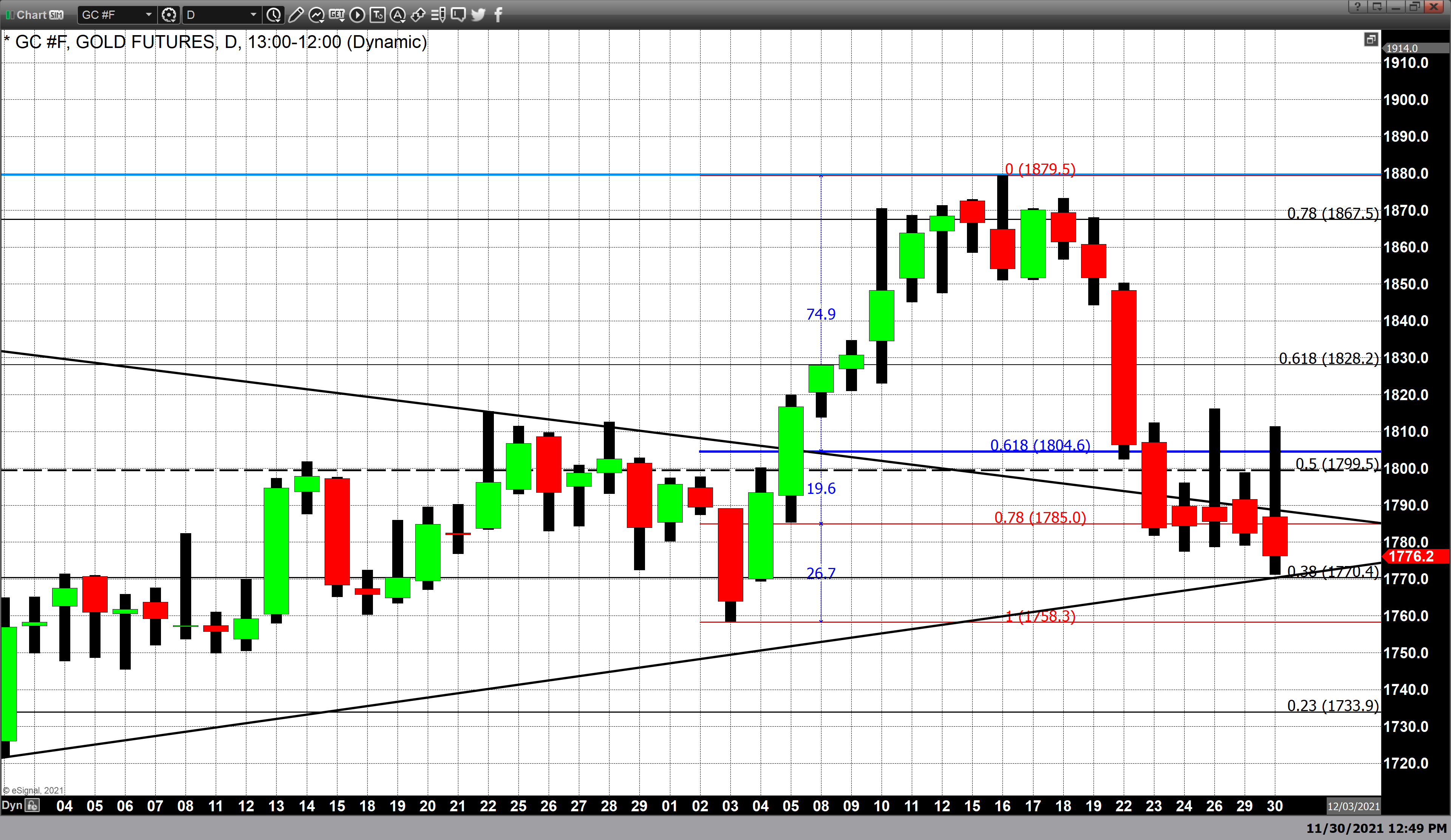 However, market sentiment quickly shifted from bullish to bearish when Chairman Powell spoke before the Senate. His statements indicated a much more hawkish tone than prior testimony or press conferences. Reading between the lines, his testimony today confirmed that the Federal Reserve has gotten it wrong in regards to inflationary pressures causing the chairman to backpedal former statements.

Specifically, he addressed the term "transitory" in regards to current inflationary pressures saying that, "transitory means different things to different people." According to Reuters, "U.S. Federal Reserve Chair Jerome Powell on Tuesday said the word "transitory" is no longer the most accurate term for describing the nature of the current high inflation rate. "It is probably a good time to retire that word."

The Federal Reserve got it wrong in terms of their projections of inflationary pressures, and rather than acknowledge that Chairman Powell backpedaled former statements of Federal Reserve members including himself as he attempted to soften the blow that will result from the statement released at the next FOMC meeting on December 15 which most likely will indicate that the Fed will accelerate the timeline of tapering their asset purchases. So that they can raise interest rates sooner to combat spiraling inflationary pressures. 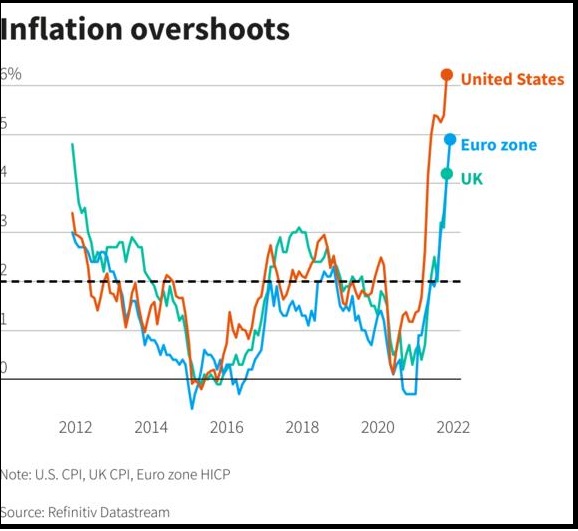