The CDC today confirmed that California and San Francisco Department of Public Health has identified and confirmed that a recent case of the Covid-19 virus was of the variant Omicron. This news is not alarming. It has always been a matter of when and not if cases of this new variant would begin to surface globally. The person identified did have his vaccine, i.e., the first two shots, and had not received a booster. 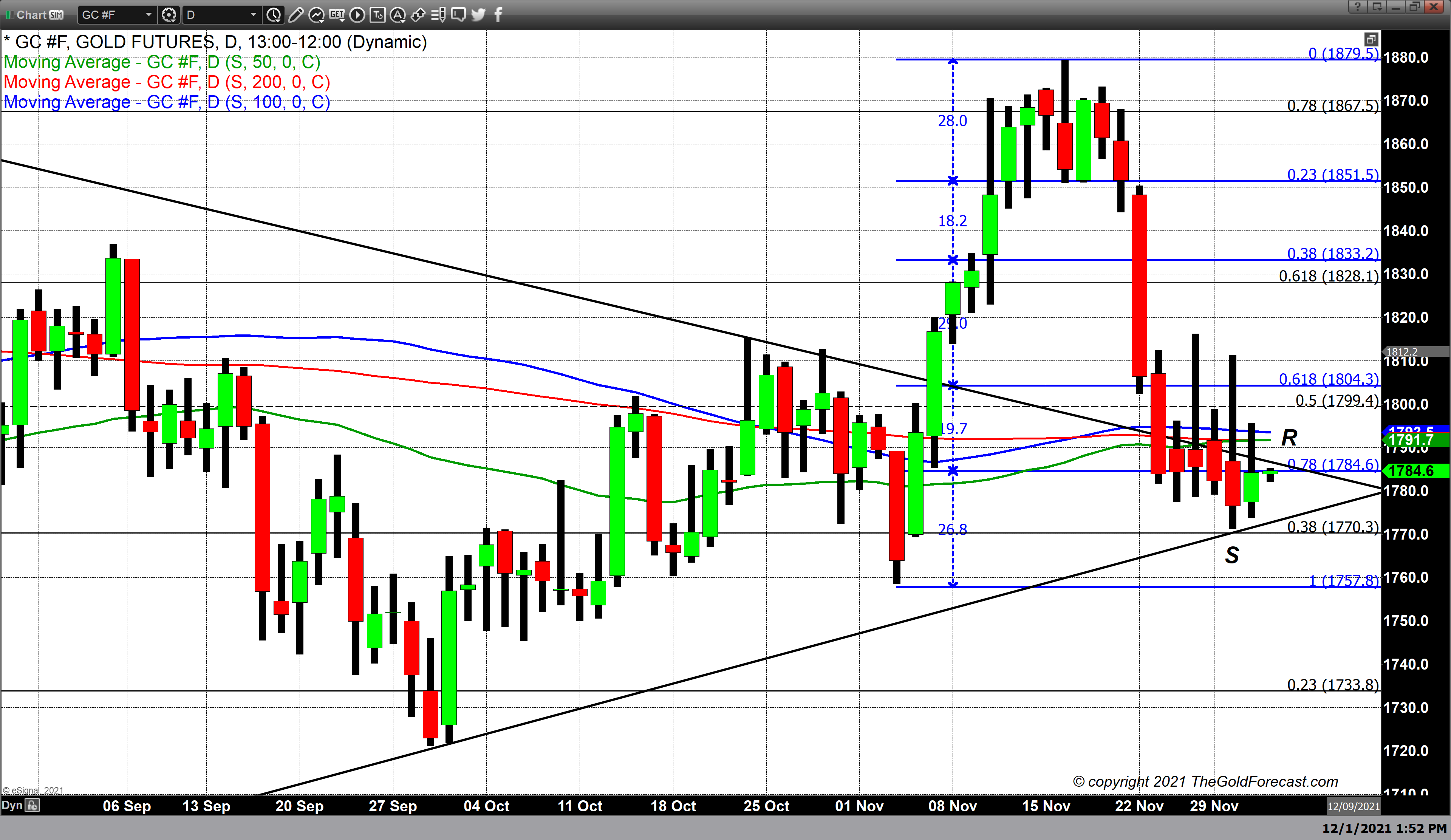 The good news is that the individual was a traveler who returned from South Africa on November 22 and exhibited only mild symptoms that are currently improving while in self-quarantine. This is just a single case but it reveals that the current vaccine had some effect in making it a milder infection. It must be noted that a sample of one contains no viable information to make any generalizations. 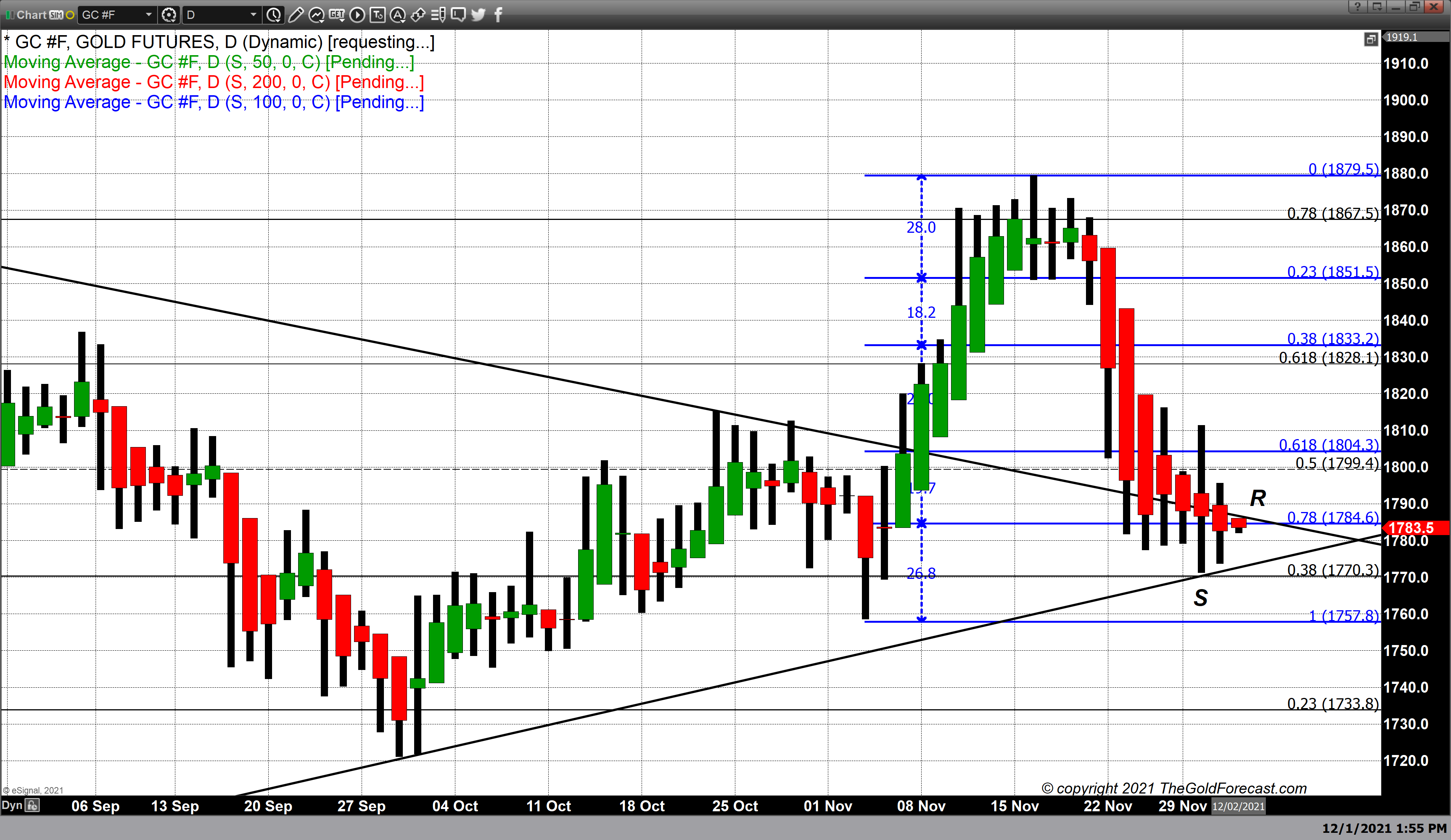 While there is much that we know that we do not know currently the WHO submitted a statement on November 28 indicating their current understanding of the new variant.

“Transmissibility: The number of people testing positive has risen in areas of South Africa affected by this variant, but epidemiologic studies are underway to understand if it is because of Omicron or other factors.”

“Severity of disease: Preliminary data suggests that there are increasing rates of hospitalization in South Africa, but this may be due to increasing overall numbers of people becoming infected, rather than a result of specific infection with Omicron.” 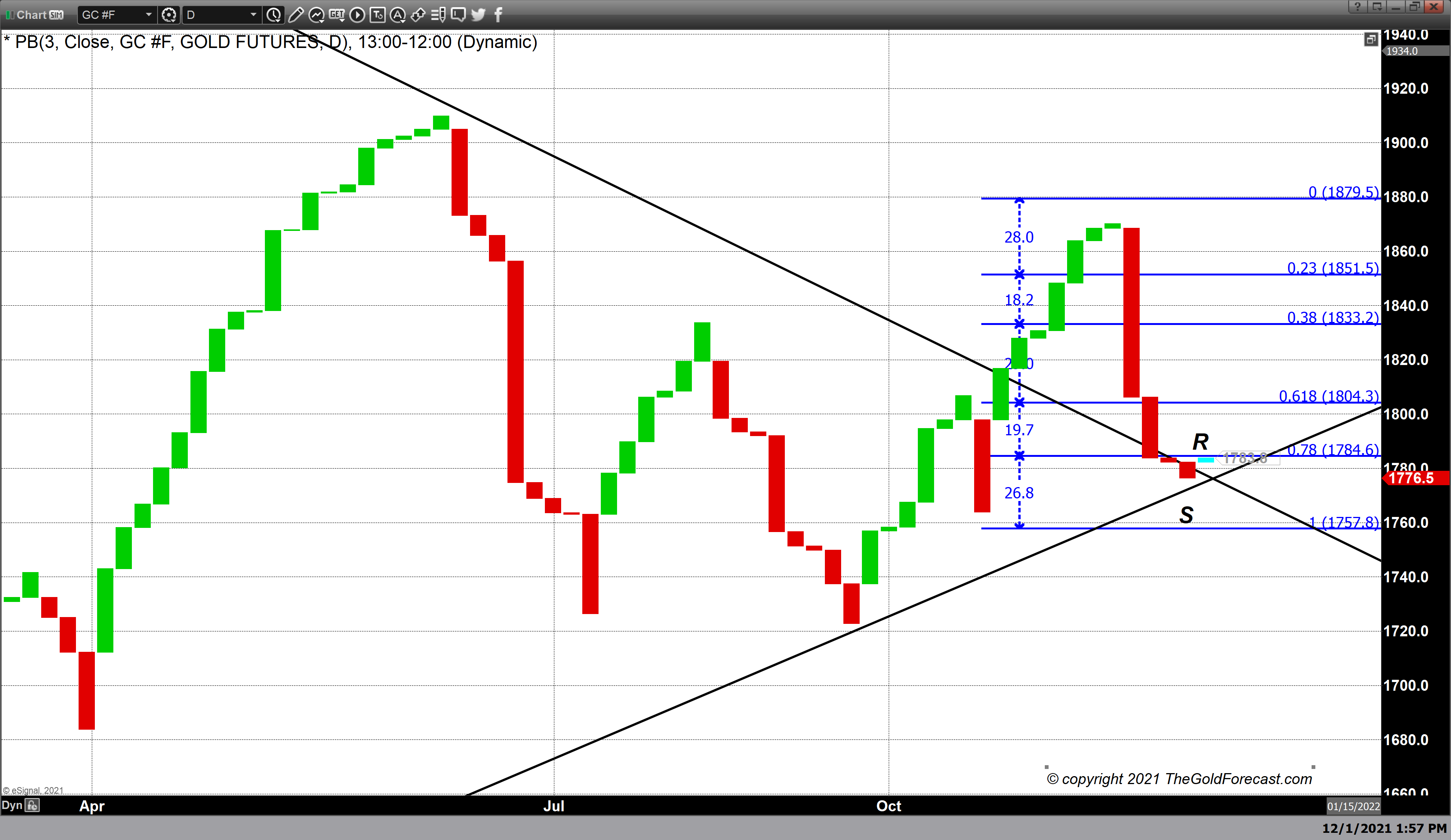 Concerns upon the overall impact of the variant were highly supportive of gold pricing. Coupled with a neutral dollar this was able to move gold higher today. As of 5:25 PM EST gold futures basis, the most active February 2022 contract is up $6.60 and fixed at $1783.10. It seemed at least for today market participants focused more intently on the potential hardships both physical and economical that could result from this new variant.

In other news Chairman Jerome Powell completed his second day of testimony to the Senate Banking Committee. He began by reiterating what he had said yesterday, facts that the public is well aware of, such as inflation now running at more than twice the Fed’s flexible target of 2% annually but which the central bank has for months characterized as “transitory.” Interestingly, yesterday he made the statement that since the word transitory means different things to different people they should omit it from the vocabulary. Today without using that word he said, “although many economists see prices falling by next year, “we cannot do this unless we are convinced of this.” He added: “Inflation has been steadily higher and higher than we expected.” He either has a problem with short-term memory or likes to flip-flop, not using this word but saying the same thing; Inflation will last longer than we forecasted.

Later in his testimony, he even backtracked and reversed his opinion on the timeline in which inflationary pressures will begin to subside. Chairman Powell said “with the U.S. economy growing strongly and supply-demand imbalances poised to persist shortly, policymakers need to be ready to respond to the possibility that inflation may not recede in the second half of next year as expected.” He followed that statement with the same hawkish tone as yesterday also “but I assure you we will use our tools to make sure that this high inflation we are experiencing does not become entrenched.”

The Federal Reserve still has two weeks before it concludes the last FOMC meeting of this year. It will be the events over the next two weeks that will largely shape the minutia contained within his monetary policy adjustments. But one thing is clear. The Federal Reserve realizes that they underestimated growing inflationary pressures and now must act in a reactionary manner to address these problems.