For the first time since November 17 gold futures had substantial gains, and most importantly closed very near the highs of the day. As of 4:00 PM EST gold futures basis, the most active February 2021 contract is currently fixed at $1784.40 which is a net increase of $21.70, or a gain of +1.23%. Gold traded to a low of $1766 and a high of $1788. Since November 17 gold traded and closed at a lower price for eight consecutive days, up until Wednesday, December 1 when gold scored modest gains but closed well off the high achieved in trading that day. That was followed by yesterday's steep decline in which gold moved from $1784.80 and closed almost at the low of $1762.60. 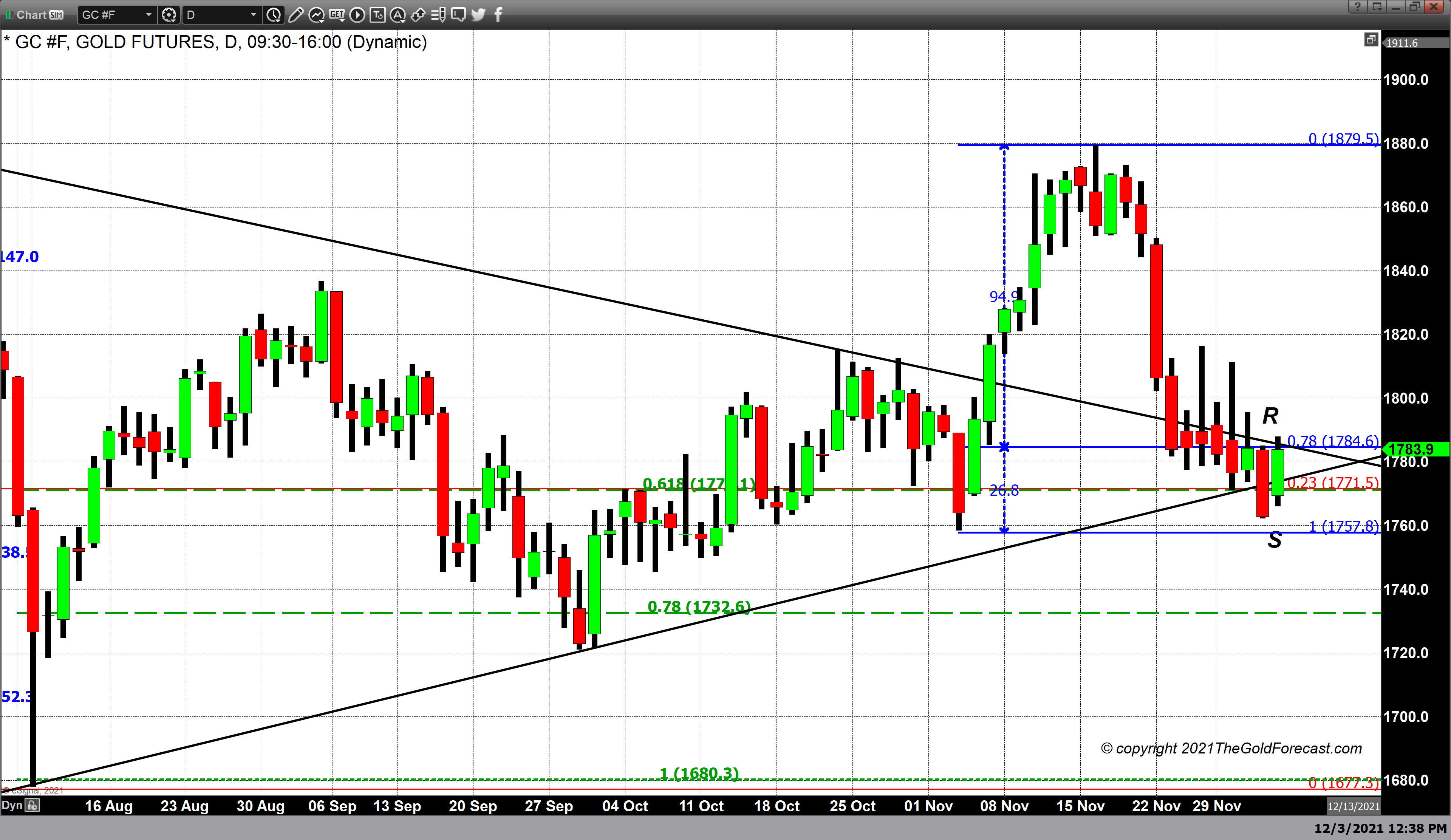 Today’s respectable gains were a combination of two primary factors. The first of which was the release of the Labor Department’s nonfarm payrolls which showed an increase of only 210,000 individuals in November. While the unemployment rate fell to 4.2 from 4.6, today’s number indicates that the labor force continues to tighten at a very quick rate. The takeaway is that there are still more jobs available than individuals willing to fill them. 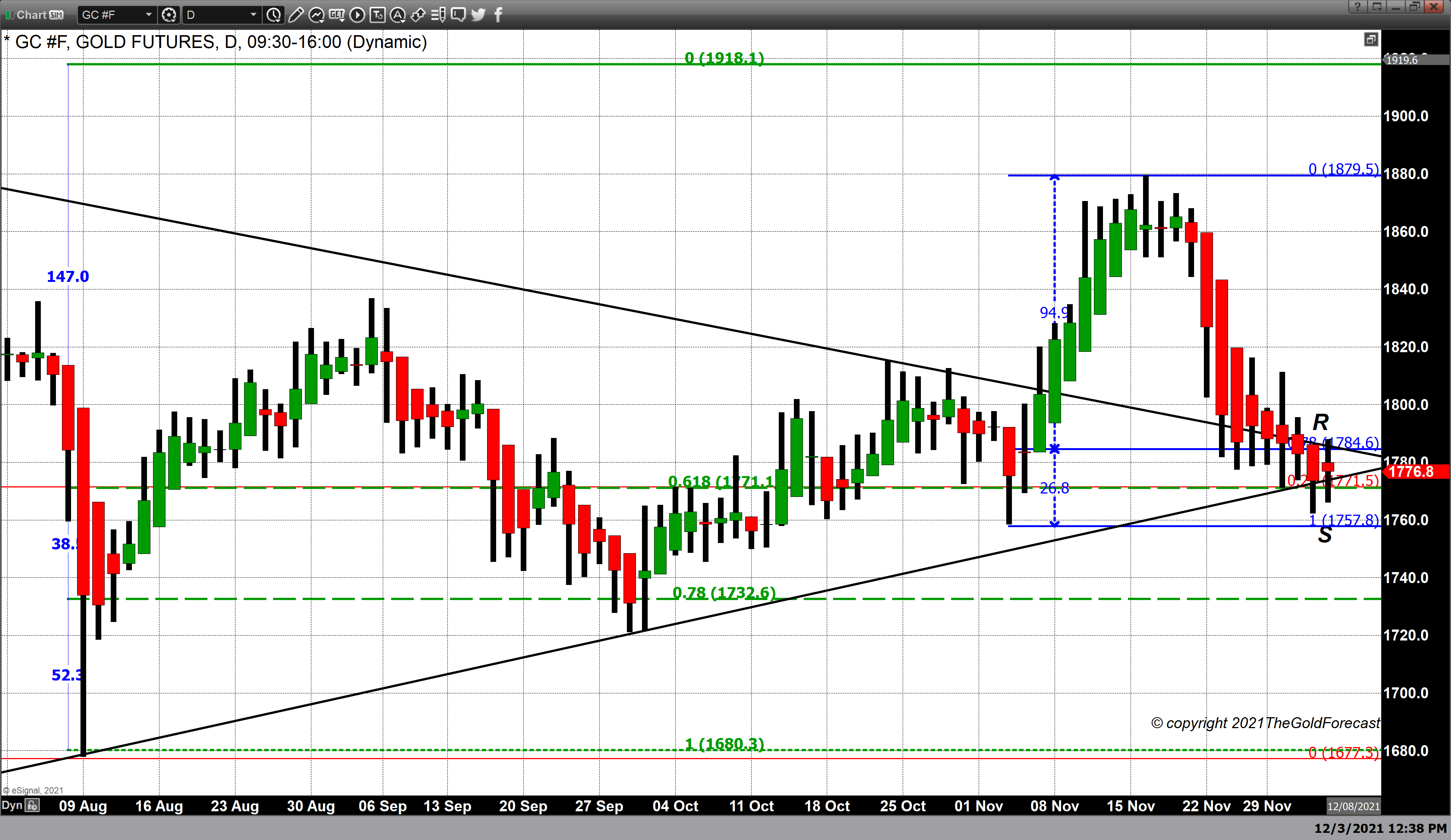 Add to that was the continued concerns about a new Covid-19 variant called “omicron”. According to CNN, “As fears mount over the newly identified coronavirus variant Omicron, governments around the world are scrambling to protect their citizens from a potential outbreak. The new mutation, which is potentially more transmissible, was first discovered in South Africa and has since been detected in Australia, United Kingdom, Germany, Israel, Italy, the Czech Republic, and Hong Kong.”

Scientists continue to lack much knowledge on this variant. According to MDLink the variant originated from South Africa with the virus containing an unusual constellation of mutations. Some of the mutations are already known and affect how quickly the virus transmits, with the ability which enables the virus to evade immunity from the current vaccines. The World Health Organization has warned that the omicron variant poses” very high” risks globally. Currently, forecasts indicate that daily infections could surge to 10,000 by the end of the week.

On the positive side according to Medical Press who quoted Doctor Karim, "based on what we know, the vaccines should hold well in terms of preventing hospitalization and severe disease because they depend on T-cell immunity and less on antibodies." However, to date, there is not enough data to categorize the severity of the disease caused by the variant.

The danger inherent in this new variant becoming prevalent is similar to what the world witnessed during the Delta variant wave. The United States GDP in the second quarter came in at a risk and robust number over 6%. Then the Delta variant took hold and was largely responsible for the third quarter GDP of just about 2%. The economic recovery in the United States and globally is dependent upon a robust GDP to compensate for the inflationary pressures largely caused by labor shortages and supply chain bottlenecks. Without the additional capital derived from a robust GDP and the taxes that are derived from that business will hinder the speed at which the economy recovers. Without the capital provided from a strong GDP, the probability of a quick and robust recovery is almost absent.

Either one of these issues could easily derail the economic recovery that is currently at play given the spiraling rate of inflationary pressures. However, the Federal Reserve will have to use this data and find a middle ground if that is all possible. 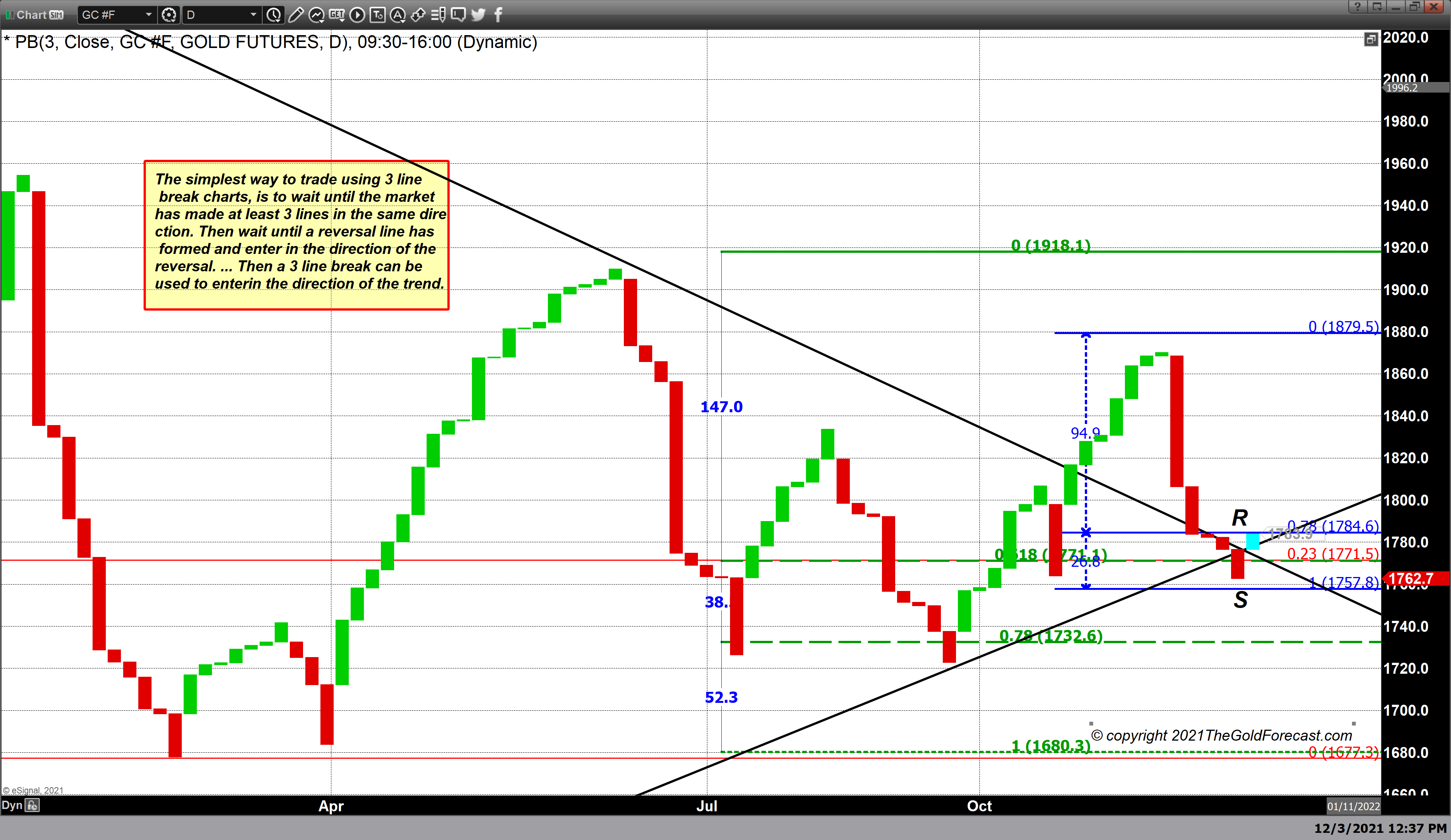 The Federal Reserve unquestionably has been behind the curve, slow to act and implement methods to combat issues that have been with us for quite a long time. Simply put, no option would benefit the economic recovery while simultaneously reducing the current inflationary pressures.

If the Fed raises interest rates too quickly it will stifle and greatly prolong the time needed to recover. If the Federal Reserve becomes more dovish, they risk the chance that inflation will continue to rise to levels not seen for decades. It is more than a balancing act between raising rates and not trashing the economy, it is virtually an impossibility. Rather we need to look at the choices the Federal Reserve will be forced to make as to what will do more good than harm, fully aware that any actions to reduce interest rates will cause detrimental effects to the economic recovery.